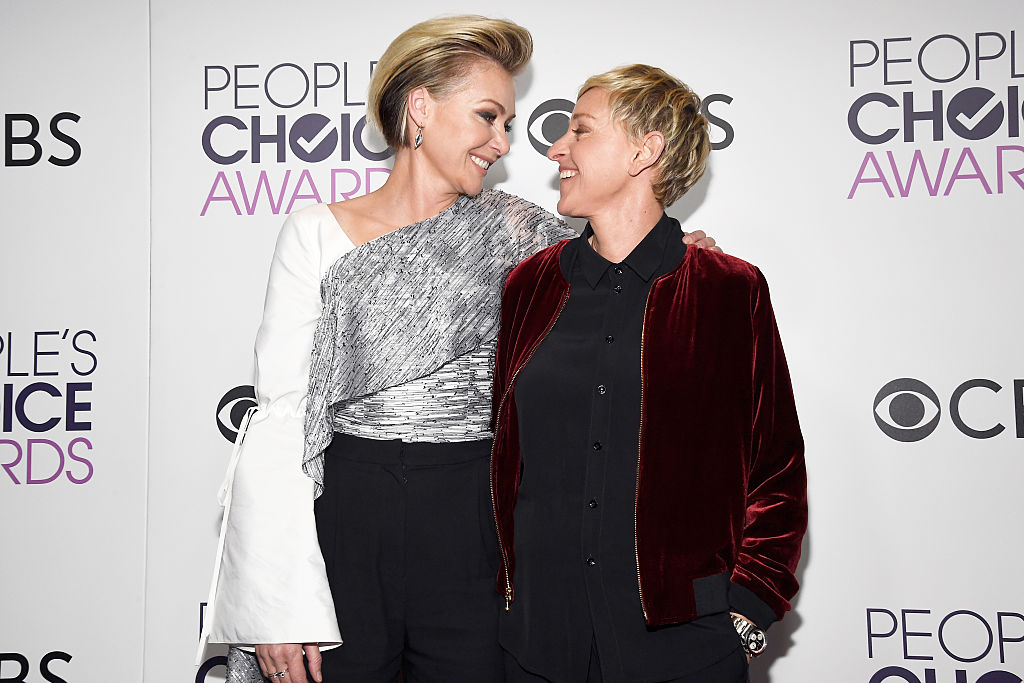 During the past few months, famous talk show host Ellen DeGeneres has been a subject of public scrutiny over her alleged behavior towards her staff, guests and bodyguard. But throughout all the allegations, Ellen remained silent and safe and sound under the loving care of her wife, Portia de Rossi.

Portia has been Ellen's rock and guidance throughout the journey. The couple remained strong and happy standing by each other.

The 62-year-old host and 47-year-old actress met back in 2000 in a social gathering. While Portia confessed it was love at first sight, they never really expressed their feelings during that encounter.

Fast forward to 2008, the couple got engaged and eventually got married in an intimate ceremony at their Los Angeles home.

Portia has become a household name after marrying Ellen, but there are lots of interesting things we do not know about this Australian-American stunner beside being Ellen's confidante.

Just who is Portia de Rossi aside from being Ellen DeGeneres' wife?

To date, Ellen and Portia are one of the most celebrated couples in the LGBTQ community. But did you know that before meeting Ellen, Portia was hiding her true feelings and identity in fear of losing her career?

In an interview with Oprah Winfrey, the "Arrested Development" actress explained that when she met Ellen, she was busy working on "Ally McBeal" and afraid to get out of her closet.

"It took me three years to actually tell her how I felt about her because I was on Ally McBeal at the time and I was not living as an openly gay person," Portia revealed.

"I was closeted and very, very afraid that if I talked about being gay, it would be the end of my career, so I wasn't about to date the most famous lesbian in the world."

Portia Changed Her Last Name Next To Ellen's

Two years after marrying Ellen, Portia announced that she changed her last name and is now legally identified as Portia Lee James DeGeneres.

"I am thrilled to legally adopt my wife's name," Portal said in a statement. "I will continue to use Portia de Rossi for professional purposes."

Portia was initially born as Amanda Lee Rogers, but at the age of 15, she decided to change her name because of her struggle with accepting her real gender identity.

"Everything just didn't fit, and I was trying to find things I could identify myself with, and it started with my name," Portia told The Advocate.

Portia became an official boss babe in 2018 when she launched "General Public." It is an art curation and production company that reproduces original artworks from new and established talents.

Portia Has A Philanthropic Heart

The actress uses her celebrity status for a good cause and has been doing voluntary works for the past years. She has been supporting sanctuary for abused animals, a cause making horse-hair wigs for children with alopecia, and an art foundation for ill children.

READ MORE: All The Girls That Brooklyn Beckham Loved Before Nicola Peltz