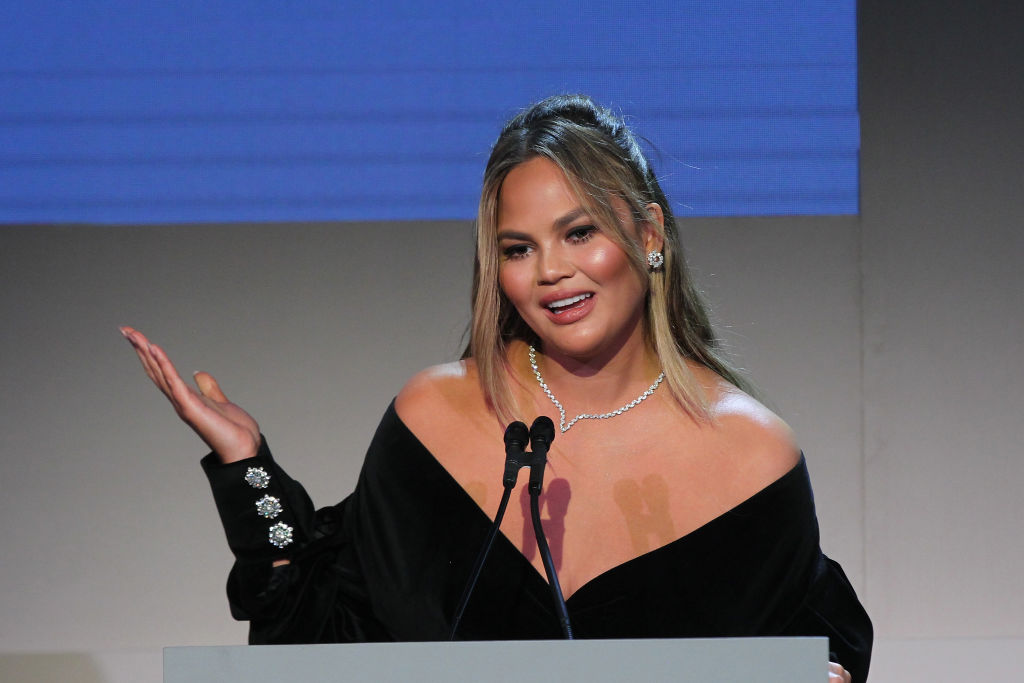 Chrissy Teigen is doing everything she can to protect her family, especially amid accusations about her alleged ties with Jeffrey Epstein.

Teigen failed to contain her emotions after being bombarded by conspiracy theories that she once got inside Epstein's private jet.

On Tuesday, John Legend's wife directly replied to podcast host Chrissie Mayr, who asked why she deleted over 28,000 tweets. The host even wrote "#chrissyteigen was ON the #EpsteinFlightLogs" to accuse Teigen about her involvement with the late billionaire.

The 34-year-old model corrected her and revealed the exact number of incriminating tweets, some of which called her a "pedophile."

When accused of being guilty, Teigen responded to the now-deleted tweet and wrote, "this I don't get. everyone thinking I'm guilty because I'm defensive. You understand you are calling me a pedophile, correct?".

She also emphasized that she deleted 60,000 tweets from her account because she cannot stand the trolls anymore and that she is already worried about her family.

Hours after she vehemently denied the claims, she blocked over 1 million Twitter users to safeguard her family and stop the false stories from coming.

"I have block chained over one million people, ONE MILLION people today and I am still flooded with sick psychopaths. So please, spare me the 'just ignore them, they're just trolls,'" she tweeted.

Maxwell is charged with conspiracy and perjury for allegedly helping Epstein lure underaged girls. She is also accused of being involved in a multi-state sex trafficking ring of three unnamed minors between 1994 and 1997.

Teigen has been carrying the burden since the issue started last year.

In October 2019, the conspiracies about Legend and Teigen's alleged ties with Epstein surfaced online.

This caused Teigen to fire back and exclaim how it was "not great to read on social media many times a day" that she and her husband John Legend are pedophiles connected with the late financier and convicted sex offender.

One Twitter user even reportedly Photoshopped the couple on "Epstein Island," referring to Epstein's property in the US Virgin Islands. The island is believed to be where some of underaged girls were sexually assaulted and abused by Epstein and his associates.

"I just have to deal with it because 'people are crazy these days,'" Teigen said before adding, "if I take legal action, it gets worse because then, to them, it's true and I'm trying to 'silence' them. It's on posts about everything."

Until now, there is no concrete evidence linking John Legend and Chriss Teigen with Jeffrey Epstein. Unfortunately, the continuous allegations and the overwhelming number of people trying to prove an alleged false story has now taken a toll on Teigen.