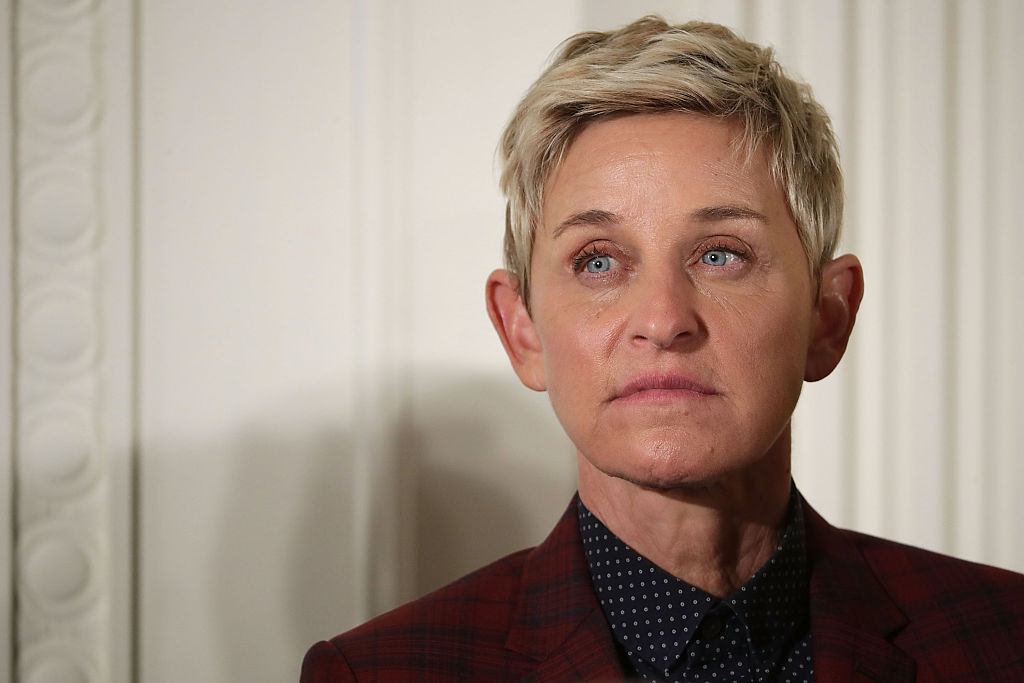 As if the left and right allegations against Ellen DeGeneres being rude and unfair to her staff are not enough, a series of new claims rise anew as the famous talk show host is in quarantine and conducting shows at home.

In a recent revelation, formers employees of "The Ellen DeGeneres Show" claim that they experienced bullying, racism, and a toxic work culture while working at the the17-year-old show.

The 62-year-old host's namesake show is known for having a compassionate and charitable brand, often giving away stuff and cash to ordinary people. However, employees claim that it is all just for show.

"That 'be kind' bulls**t only happens when the cameras are on. It's all for the show," one former employee allegedly told BuzzFeed, and it is only the tip of the iceberg.

A former black woman staff said that after working for the show for 18 months, she experienced racist micro-aggression and abuse.

She recalled being told "I'm sorry, I only know the names of the white people who work here" by one of the writers on the show.

The African-American employee tried to raise the issue to her white boss, as well as some salary issues, but her concerns were never prioritized.

Meanwhile, another employee revealed how she was unconsciously fired from her post. The staff, who had been working on the show for a year, had an unfortunate suicide attempt, so she had to check himself into a mental health facility. Unfortunately, when she came back healed, her position was apparently terminated.

Another ex-employee revealed that after arguing with the supervisor and HR for time off, they were eventually fired for attending a family member's funeral.

The staff expressed their belief that the executive producers are giving Ellen DeGeneres the impression that things are going great within the workforce, which is why she is probably clueless about what is happening behind the camera.

While the employees blamed the show's executive, they insisted that Ellen should be more involved in what is happening with the team and check on the staff's well-being.

"If she wants to have her own show and have her name on the show title, she needs to be more involved to see what's going on," one ex-staff said.

A day after the bombshell BuzzFeed story, the show's executive producers Ed Glavin, Mary Connelly and Andy Lassner released a joint statement saying that they were saddened to learn that several employees had a negative experience while working on the show.

"We are truly heartbroken and sorry to learn that even one person in our product family has had a negative experience, it's not who we are and not who we strive to be, and not the mission Ellen has set for us," the statement read.

They vowed to take it as a learning experience and commit to do better moving forward.

How Could This Affect Ellen's Career?

Since a series of bad publicities are hitting Ellen for the past few months, it is believed that it will hit her reputation and career.

Her image was the first to suffer after being targeted by the internet's "cancel culture" and getting canceled with whatever she does.

The wrath also caused her show's ratings to drop by 14 percent last month. According to TVNewsCheck, it has been the lowest rating in the 17 seasons of the show.

Soon, we wouldn't be surprised if celebrities will also reveal their bad experience with Ellen and on the show. And it would not be long enough before brands drop major endorsement deals with the TV host.

Just like the coronavirus pandemic, only time can tell when her doomsday is coming.