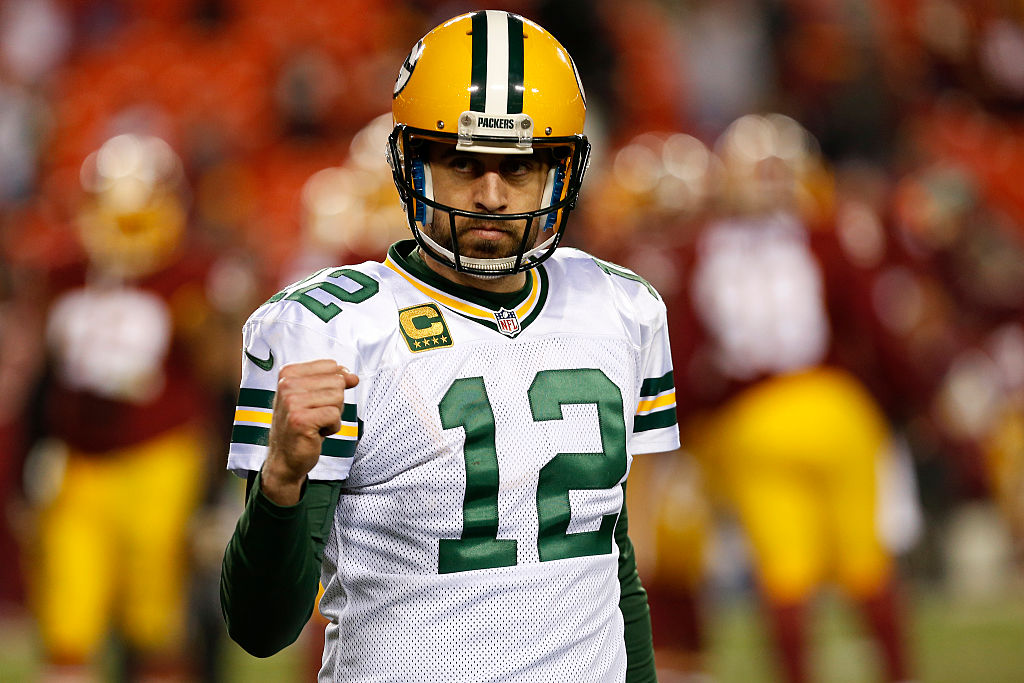 As the whole world faces problems due to pandemic and other humanitarian crises, Aaron Rodgers wasn't spared from receiving a heartbreaking news.

Earlier this week, Danica Patrick stirred speculations about her possible breakup with the Green Bay Packers star. Although the two had not yet commented on the issue at the time, the NASCAR driver unfollowed Rodgers on Instagram.

Per Sporting News, Rodgers is no longer on the 38-year-old racer's following list on Instagram since Thursday.

The rumors have turned into reality after Patrick's representatives confirmed to E! News that the pair have broken up and "are no longer together" after two years of dating.

Prior to the unfollowing incident, talks about the Rodgers-Patrick split started when their fans noticed Patrick was not at the American Century Championship's celebrity golf tournament to support her beau.

Days later, she unfollowed him and even removed a few posts with Rodgers on her social media account. The last remaining post which featured the NFL quarterback was from April 11.

Meanwhile, Rodgers has not mentioned Patrick on his account since March 2020, but she is still following her as of the writing.

The split ended their two-year relationship, which started when the NASCAR racer confirmed that she was dating Rodgers back in January 2018.

"We've just been sort of friends the whole time, kept in vague touch and seen each other at the ESPYs almost every year, and other places," Patrick confessed. "So one thing led to another, and we realized how similar we were, and yeah, that got the ball rolling."

Months later, in October 2018, Rodgers spoke up about it as well during his interview with Michele Tafoya.

according to Rodgers, they love each other so much that they found comfort and peace with each other. The Packers star then pledged that they would post more updates on their social media accounts because they "enjoy each other's company a lot."

In December 2019, Variety disclosed that the couple shelled out $28 million to buy Roger Williams' Malibu villa with a beach-front view. They have lived there together since then.

The massive sale closed in November 2019, as first reported by TMZ.

Patrick retired from racing in 2018. She is currently focusing on her various jobs, including her podcast "Pretty Intense" and being a racing analyst on NBC.

As for Rodgers, he is conditioning himself as he prepares for the 2020 NFL season. He will likely report to the team's training camp at the end of July.

"I'm tired of the Celebrity Break-Ups. Celebs need to stop breaking-up a lot. I want good news instead," another one exclaimed.

Neither Rodgers nor Patrick has shared their side about the breakup, but they might speak up soon for closure, at least.