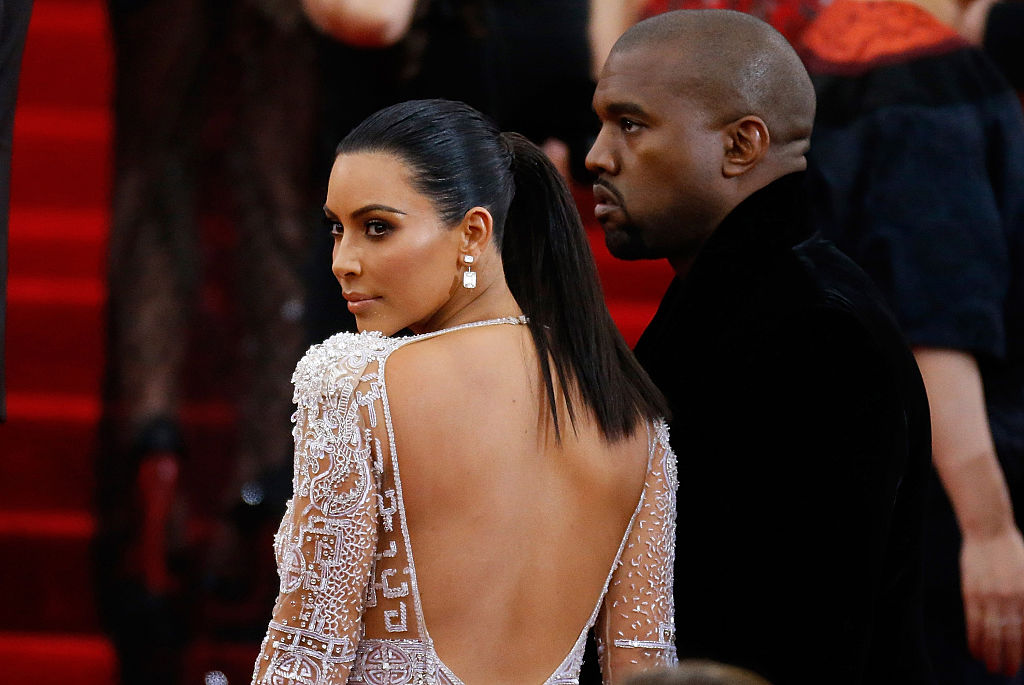 It's day two of the Kanye West Twitter outrage, and the rapper has revealed to his 30 million followers some things that maybe he shouldn't have.

On Tuesday, Kanye said in a now-deleted tweet, "Kris and Kim put out a statement without my approval.. that's not what a wife should do White supremacy."

Speaking further of his marriage to Kim Kardashian, he said he had been trying to divorce her for two years because of Meek Mill.

"I been trying to get divorced since Kim met with Meek at the Waldorf for 'prison reform.'"

The rapper claimed that the KKW Beauty creator was "out of line" when she met with Meek, claiming that they had tried to have him involuntarily committed because of the signs of his mental illness.

Meek Mill is Nicki Minaj's ex-boyfriend, who is also a rapper. He and Kanye were good friends. Kim worked with him when they co-founded the REFORM Alliance with activist Van Jones.

He added, "I'm worth 5 billion dollars and more than that though Christ. But ya'll ain't listen to MJ, and now ya'll believe them?"

Kanye, who is running for US president, shocked fans on Monday night by going on a Twitter rant accusing his wife and Kris Jenner of wanting to "lock him up" like in the horror film, "Get Out."

The first Twitter episode came after his first Presidential rally in South Carolina, where he also revealed personal details of his life, his marriage life, and his kid's life.

Sources told British newspaper The Sun that the 43-year-old dad is "holed up" in a "secure bunker" at his multi-million-dollar ranch in Wyoming.

They claimed, "He's had a lot of building work going on there, and a lot of it is geared towards security."

They added that Kanye West even has an underground bunker and a panic room, which was initially built for his entire family if there would be an emergency. It is reported to be filled with food.

"Kanye's surrounded himself with a group of people he trusts, and he doesn't trust Kim or her family."

The "Jesus is King" rapper has also said to have changed his social media passwords last week so nobody could stop him from ranting his feelings.

"He's very paranoid and is convinced that he needs protection from Kim and Kris even though they're only trying to help him."

However, an insider told The Sun that the SKIMS Founder is "living through the worst nightmare of her life."

The 39-year-old mom is said to be angry with how their kids, North, Chicago, Psalm, and Saint, will be affected by their father's actions.

Kim Kardashian is said to be sad for North, for bringing up something that personal to the public, without even giving the mom a chance to explain. She reportedly feels so betrayed by Kanye.

Another source told People magazine that the reality star has consulted with doctors as they are all trying to figure out how to help the rapper.