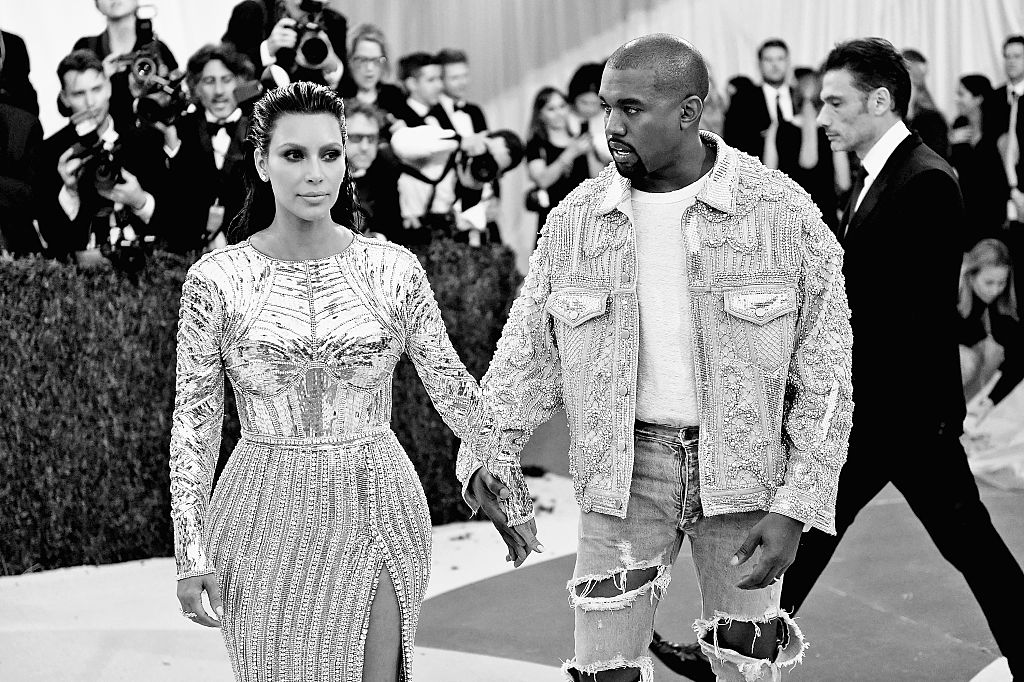 The 43-year-old Yeezy creator has posted a couple of raging tweetsabout his wife Kim Kardashian West and her mom, Kris Jenner, hours after he finished his first presidential campaign rally in South Carolina.

According to Kanye, his reality star wife called a doctor to lock him up.

In what seemed to be a tweet from his Wyoming ranch, the "Jesus Is King" rapper, he said, "Kriss don't play with me you and that calmye are not allowed around my children Ya'll tried to lock me up."

He continued, "Kim was trying to fly to Wyoming with a doctor to lock me up like on the movie Get Out because I cried about saving my daughters life yesterday."

Kanye was pertaining to the time when Kim reportedly called her crying because she was pregnant with their first child at that time. He revealed that they initially want the unborn child to be aborted.

"Even if my wife wants to divorce me after this speech, she brought North into the world even when I didn't want to. She stood up and protected my child," he told the South Carolina audience.

The Grammy winner also aimed his wife's glamorous modeling past on his Twitter rants, saying that no child of his would appear in Playboy magazine.

Kanye West added that he would put his life on his kids' life that "North's mother would never sell her sex tape."

Talking to Instagram, Khloe posted inspirational quotes such as, "A beautiful life begins with a beautiful mind," and "there is nothing more beautiful than someone who goes out of their way to make life beautiful for others."

With Kanye West being as loud as he can, the same can't be said about Kim Kardashian West who was radio silent on her social media.

The 39-year-old mom is said to be privately fuming at her husband after claiming that they both discussed aborting their first child, North.

According to reports, the "Keeping Up With the Kardashian" star is also urging her husband to keep their personal life away from his political dreams. Their marriage also now depends on whether he has another ridiculous outburst.

An insider told People Magazine that the SKIMS Founder is said to be shocked by the abortion revelation.

"She is furious that he shared something so private. She loves her kids tremendously and wants to protect them."

Speaking of their marriage, the insider further revealed, "Things have broken down significantly between the two of them, and it's happened pretty suddenly."

Kim Kardashian West has reportedly been worried that the "All of the Lights" hitmaker is suffering another bipolar episode, and fans are also concerned about his mental health.

After Kanye West's Twitter rant last night, he deleted some of the tweets and then followed up with a couple of tweets that suggest he was quitting the presidential race.

The 43-year-old rapper announced that he was going to "focus on the music now" before revealing a new album titled DONDA, and it is set for a release this Friday.

The new album features 12 songs and will run for 39 minutes.

DONDA is said to be named after his mom.