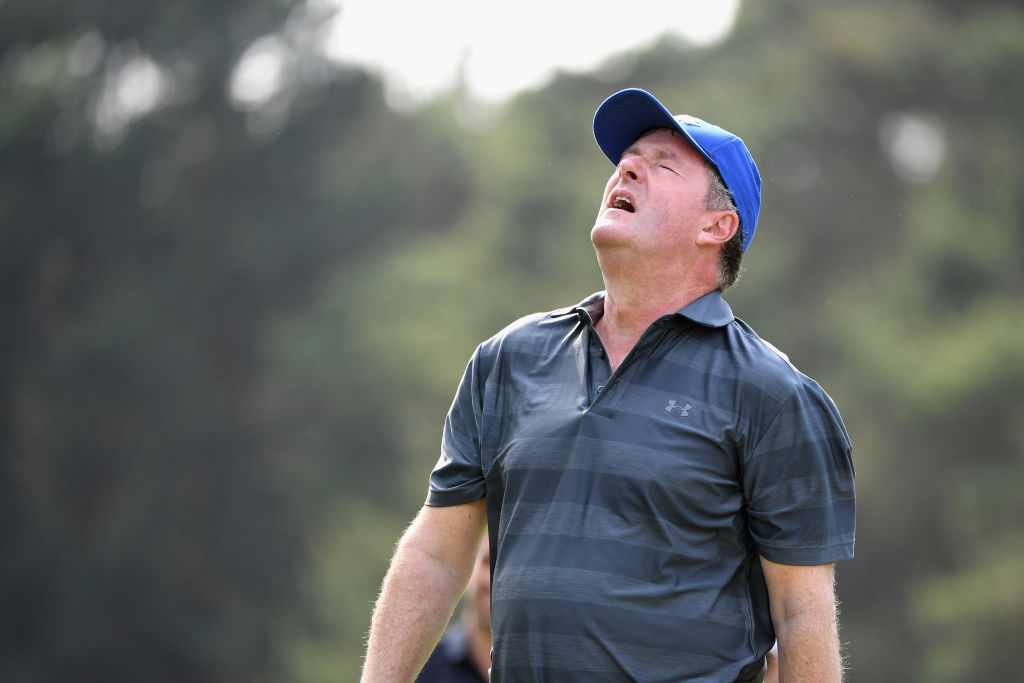 2020 is definitely not Piers Morgan's year.

Earlier this July, Piers revealed on "Good Morning Britain" that he and his co-presenter Susanna Reid would be taking their summer breaks.

"We're going to talk to Kate on Wednesday before we go off for the summer," he said.

After the announcement, the ever-controversial presenter and his family immediately jetted to Saint Tropez in the south of France to start their six-week break.

However, the second day of their summer holiday turned into a nightmare after the 55-year-old broadcaster suffered from a sudden fall. The incident gave him a torn tendon in his right leg, which left him hobbling on crutches.

Despite Piers' horrifying accident, he posed with his three sons - Spencer, 27, Stanley, 23, and Albert, 19 -- and shared their family photo on his Twitter account.

"Peg-leg. (Nothing like tearing a tendon on Day 2 of a 6-week holiday)," Piers wrote in the caption of the post.

The update, which has now reached thousands of his followers, ignited mixed reactions from netizens.

"You will have come back on GMTV early ! We all missing you on the telly ! Get well soon piers [sic]," one fan wrote.

While most of his viewers wished him well, some Twitter users called him out for taking a luxury travel despite the coronavirus pandemic.

One netizen said, "Lucky for some having 6 week holiday had to work all through COVID19. Hope you have a shit time."

"Well at least you have 6 weeks to get over it ! Some of us have had to work through the virus lockdown and continue to do so, stop moaning and be thankful it's not covid that's floored you," another critic wrote.

Piers has been leaving strong opinions about COVID-19 on GMB, so seeing him fly to another country caused some people to call him a hypocrite. However, since restrictions have been lifted, he is not actually breaking any laws or guidelines.

Piers Morgan's decision to take a break came after he had a COVID-19 scare last May.

Piers shocked his 7.4 million Twitter followers after he announced that he would temporarily step back from working at Good Morning Britain after developing "mild" coronavirus symptoms.

"UPDATE: On medical advice, and out of an abundance of caution for a mild symptom that arose in past 48hrs, I've had a test for COVID-19 and so won't be working on @GMB until I get the result back, which should be tomorrow," he disclosed.

It all started when he showed COVID-19 symptoms during the April 21 episode of GMB. Piers also persistently coughed throughout the broadcast, raising concerns from his fans.

Morgan eventually got tested and revealed the result of his test on Twitter on May 4.

Piers took his fans' worries away after he confirmed that his COVID-19 test was negative. He also noted that his doctor immediately advised him to do the said test after he showed coronavirus symptoms.