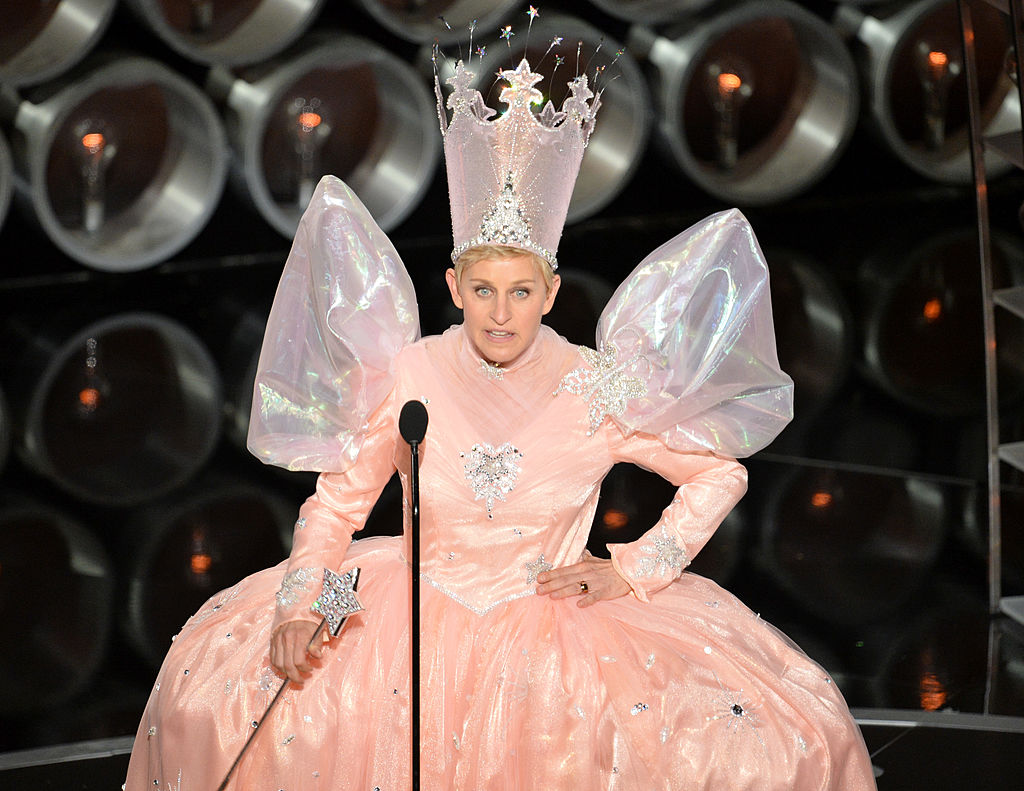 After more than a decade of being on air, the 62-year-old host has reportedly asked not to renew her contract for 2022, which means it's the end of her hosting gig and maybe the end of her career in show business as well.

According to an insider who told Us Weekly Magazine, DeGeneres is okay with leaving more space for "a new generation of voices in daytime TV."

The source added, "Ellen's made more money than she can ever spend. She won't overstay her welcome. She knows when to leave the party."

Multiple employees of her show have recently spoken about the toxicity of working on the production set, and they're all thrilled that more and more dirt is coming out.

Another source told the publication, "They're loving that the truth - which has been an open secret for years in the industry - is finally receiving more interest."

DeGeneres' crew are said to have started her remaining days, with one insider saying, "Ellen has been rewarded for years for being awful. But once her contract is up, she's out."

It has been reported that Ellen DeGeneres has asked all of her employees to sign a non-disclosure agreement to stop them from talking about their experiences working for her.

An insider told the magazine that you couldn't say anything, whether it's a good thing.

"Even nice things, even if you get fired, even years you've left."

Though it's not a common practice for talk shows to ask employees to sign an NDA, the insider alleged that it's a priority for DeGeneres.

"She's been doing it from day one. The paperwork's a written reminder of why people are still afraid of her, even with her intense 'nice lady image.'"

Working for The Ellen Show

A former employee who's a POC said she experienced "racist comments, actions and microaggressions" from a senior producer and writer.

A tipster further told Us Weekly that after DeGeneres was finished with rehearsals, they were introduced.

The host reportedly glared at the staff and didn't say anything.

"It was humiliating, but no one did anything. It was an expected behavior. There's no support there," they claimed.

It's not just Ellen DeGeneres, who is a nasty co-worker.

Another source told the publication that when another crew tried to break their contract to work for a competing show, executive producers threatened to sue and call the other show to stop the hiring.

The source later revealed that the crew was left tortured by DeGeneres' producers and even played mind games with them that they refused to let them know whether their current contract would be renewed or not.

DeGeneres' motto, "Be kind to one another," has helped her make $330 million.

The "Finding Dory" star even pulled in $20 million from her 2018 Netflix special and made even more fortune thanks to her Ellen DeGeneres lifestyle brand and flipping houses.

Whether or not Ellen DeGeneres ends her show, she still has her millions to keep her company. But because of her attitude, that's all she's ever going to get because people are tired of her toxic behavior.