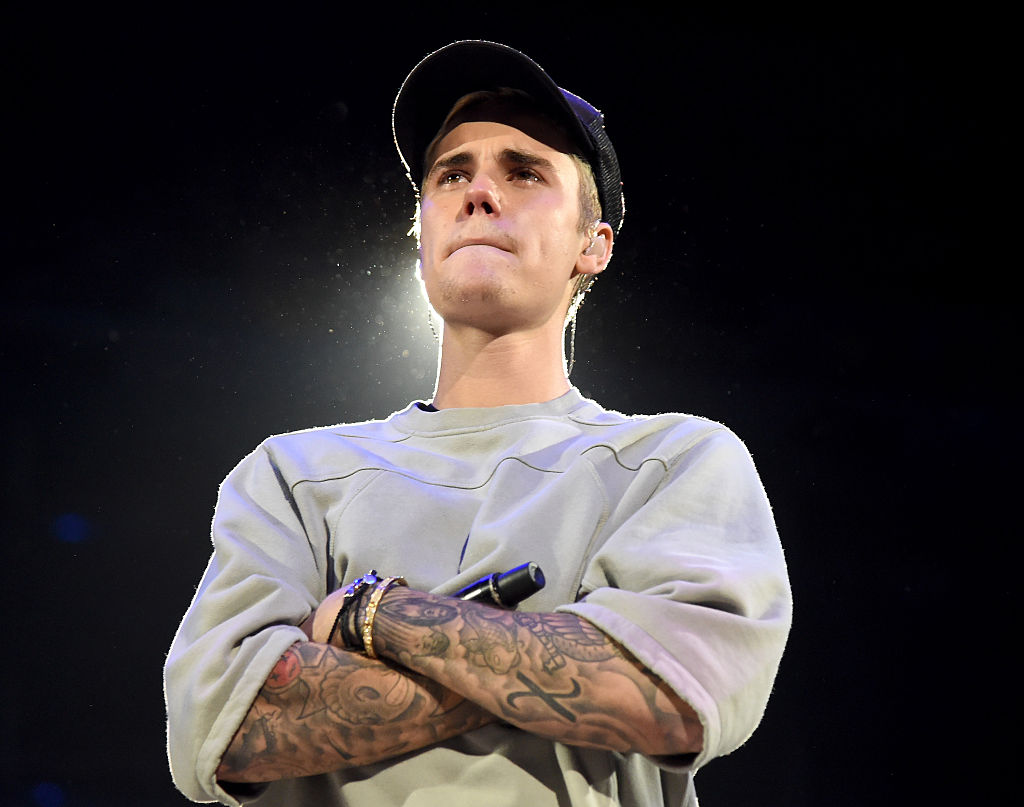 Kanye West, who has been distancing himself from Kim Kardashian lately, found a friend in Justin Bieber.

Kanye toned down his Twitter rants a little bit by announcing that Justin arrived at one of his properties in Cody, Wyoming.

"DD & JB discussing the new spray foam wall prototypes on the YZY campus," the rapper said alongside a photo of the "Baby" hitmaker and his close pal Damon Dash.

Meanwhile, in another clip uploaded on Instagram, the 26-year-old "Yummy" singer can be seen opening his arms wide enough to embrace the troubled rapper. Kanye also smiled before turning to hug Justin's wife, Hailey Bieber.

Based on the image and video uploaded online, the Biebers visited Kanye's "campus" where the rapper is currently working on some of his designs amid his presidential campaign efforts.

Justin has been friends with the Yeezy founder for years, and they have gotten closer ever since Kanye signed with manager Scooter Braun.

Kanye Got A Breath Of Fresh Air

The couple's visit came a week after multiple news outlets reported that Kanye and the KKW Beauty mogul are planning to file for a divorce.

During his presidential campaign event in North Charleston, South Carolina, Kanye tearfully claimed that he stopped Kim from aborting their eldest daughter North.

He dropped more bombshell revelations on Twitter about how he had been trying to divorce Kim for two years since she traveled to New York for a prison reform event.

An insider, per PEOPLE, disclosed that the "divorce had been in the process for several weeks."

"There has been enough communication, both in the past few days and in the weeks prior, to establish that both sides feel the marriage is over," the insider said.

Aside from divorce, the couple reportedly started their talks on how they could effectively co-parent soon. Howeverm Kanye's plans to run for president halted the said talks for now.

Kanye also surprised his followers after he shared (then deleted) a series of tweets, which included a confession that his wife tried to get him hospitalized due to his bipolar disorder diagnosis.

"Kim tried to bring a doctor to lock me up with a doctor," the rapper wrote in one of his since-deleted tweets. "I put my life on my God that Norths mom would never photograph her doing playboy and that's on God I'm at the ranch ... come and get me."

After his Twitter drama, Kanye apologized to the "Keeping Up With The Kardashians" star.

"I would like to apologize to my wife Kim for going public with something that was a private matter," he penned. "I did not cover her like she has covered me. To Kim I want to say I know I hurt you. Please forgive me. Thank you for always being there for me."