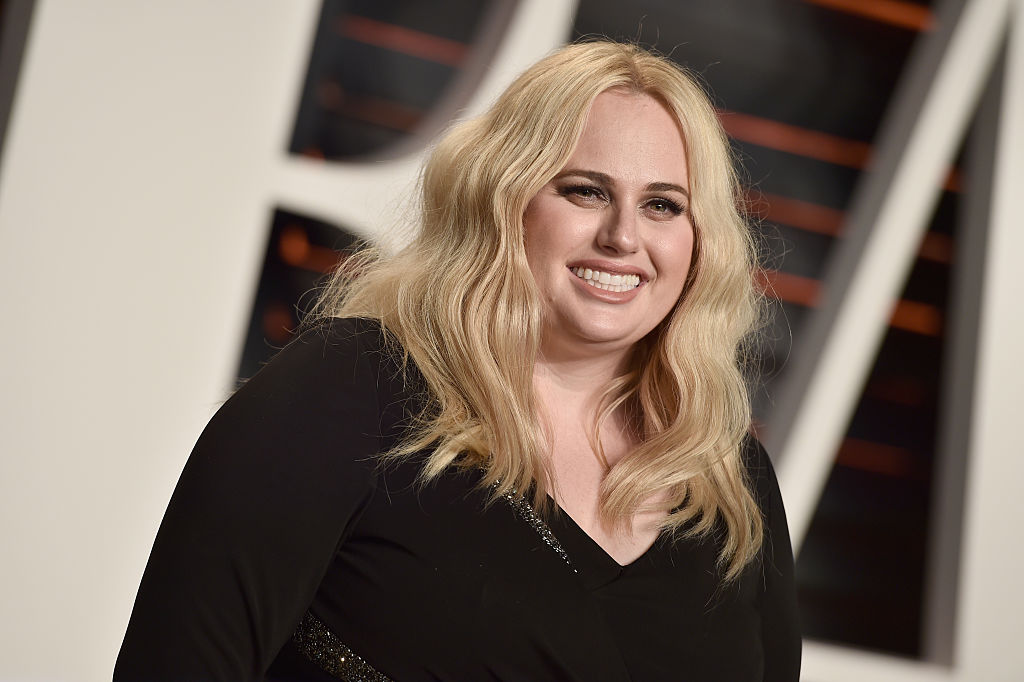 Rebel Wilson's weight loss journey continues, and she is pretty good at it.

Earlier this year, the "Pitch Perfect" star vowed to make 2020 as her "year of health." Now, her efforts to exercise and live healthy is paying off -- slowly but surely.

Over the weekend, the 40-year-old Australian actress gave her 8.1 million Instagram followers a quick update on her body goals by posting a sultry bikini snap.

In the photo she posted on Saturday, Wilson sizzled under the sun while lounging in a pool and wearing a pair of lime green bikini, paired with sunglasses and baseball hat.

And in true Rebel Wilson fashion, she originally captioned the photo with her trademark sense of humor.

However, the actress didn't want her followers to focus on her "machines" and went on to emphasize her other assets, saying: "ps reminding you I have TWO university degree."

Later on, the "Cats" musical star changed the caption to two wink emojis.

Even if the photo only showed the actress' body from the chest up, fans could not help but notice Rebel Wilson's dramatic weight loss and that newfound glow from her healthy lifestyle.

Friends and fans were quick to point out how the weight loss is making Wilson look 10 times better.

"You ARE looking thinner. But as a fan... it wouldn't ever matter. Your baneness," one fan commented.

"Looking amazing!!! You are true motivation," another one added.

The photo, which now has over 531,000 likes, also receive several massive heart and fire emojis, indicating that the people around her love Wilson's journey to a finer and healthier figure.

Earlier this year, Wilson declared that 2020 will be her "Year of Health" and vowed to cut her weight to 75kgs by the end of the year.

"With my 'Year of Health' mission, I'm trying to get to 75kg's and career-wise am trying to get one of my movies into production before the end of the year!" Wilson wrote.

"Both of these things are requiring a daily effort, and there's constant setbacks - but I'm working hard," she added.

According to a source, the fitness journey of the "Isn't It Romantic?" actress started when she visited a luxury medical detox and wellness center in Austria last year together with TV host friend Carly Steel.

While at VivaMayr Centre, Wilson strictly followed the "Mayr Method" diet plan and noticed how it worked for her when she saw amazing results in just a few weeks. The source revealed that Wilson continued following the diet plan since then, which resulted to her gorgeous transformation.

In an interview with The Guardian in 2017, VivaMayr's assistant medical director Dr. Christine Stossier said that through the Mayr Method, a person revamps their diet to eliminate unnecessary snaking, gluten and dairy intake, and improve the way they chew their food.