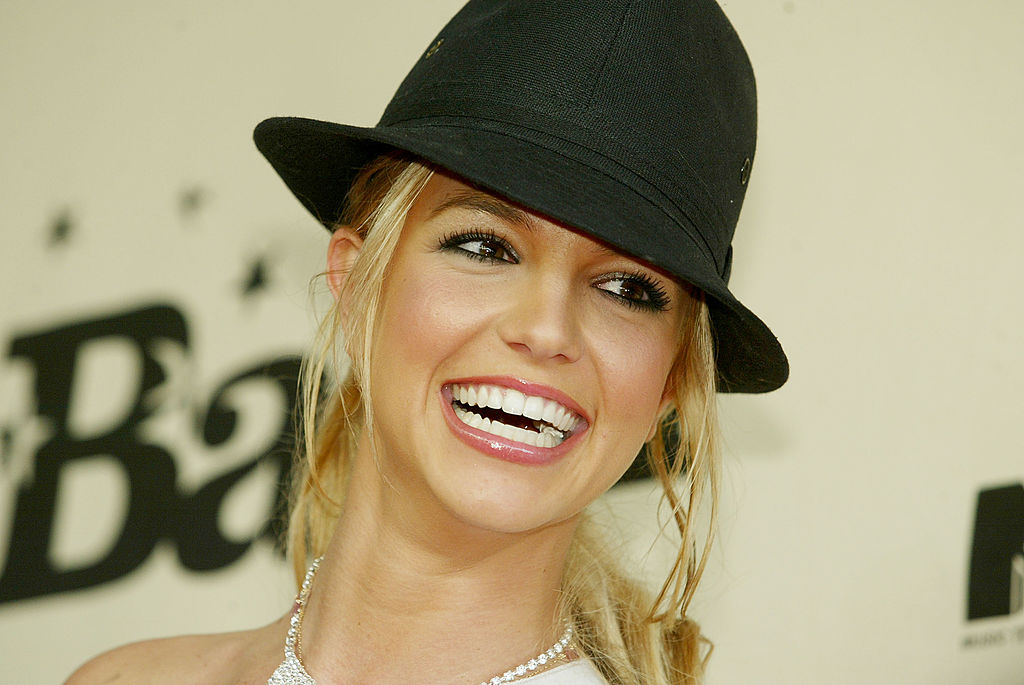 Britney Spears' fans are worried over the pop star's well being amid the #FreeBritney movement.

In her recent Instagram post, the "Baby One More Time" hitmaker shared a series of selfies as she ditched her signature smokey eye makeup and embraced her au naturale look.

Wearing a ditsy floral off-shoulder top and black chokers while sporting a bare-faced look, the former "Mickey Mouse Club" star admitted that she felt " way younger" with less makeup rather than getting glammed up.

View this post on Instagram
Who would have thunk it ?!?! After all this time in my life I’m just now learning that no makeup is the way to go .... I mean …. a little makeup is fun but after spending so much time in hair and makeup chairs to look flawless .... I think a natural look is the way to go …. it makes you look waaaay younger and so much better !!!! Pssss YES .... I know I’m wearing mascara in this !!!! A post shared by  Britney Spears (@britneyspears) on Jul 20, 2020 at 10:26am PDT

"Who would have thunk it ?!?! After all this time in my life I'm just now learning that no makeup is the way to go .... I mean .... a little makeup is fun but after spending so much time in hair and makeup chairs to look flawless .... I think a natural look is the way to go .... it makes you look waaaay younger and so much better," Spears wrote.

But before the internet trolled her, she added ""Pssss YES .... I know I'm wearing mascara in this !!!!" followed by a winking emoji.

The 39-year-old music icon undeniably looked stunning as the natural sunlight hit her glowing skin, with her curly blonde hair in a loose half-up, half-down style.

Moreover, another supporter commented: "Britney you are so naturally beautiful! Love you :) We support you!"

Unfortunately, not all fans were convinced that the "I'm a Slave 4 U" songstress is behind the post.

The pop princess' eagle-eyed IG followers pointed out that the recent snap looked like a throwback photo.

"I've noticed in the top left-hand corner there's a black triangle. This isn't a real picture, it's a picture of a picture. I have to screenshot it and circled the corner but can't add the photo. It's really worrying," one concerned fan wrote.

Another one implied that "someone is running" the singer's IG account.

"Look at the top left. It's folded down. This is a picture of a picture lol someone's running this account," the fan commented.

This also raised concerns over the Grammy Award nominee's conservatorship amid the #FreeBritney campaign that is sweeping through social media.

The said hashtag was a movement created by her loyal supporters to follow updates about her 12-year conservatorship under her father Jamie Spears. To recall, fans are demanding  the release of the "Womanizer" songstress.

Spears' legal arrangement was implemented in 2008 after the pop star experienced public meltdowns, including the head-shaving incident in 2007.

With the conservatorship, the music icon has no control over her estate, finances, and $59 million fortune. She also needs to be closely monitored.

For what it's worth, her ex-husband Kevin Federline, with whom she shares her two kids, is "confident" and not worried about leaving his sons Sean and Jayden James to their mom.

"If Kevin ever felt any concern about Britney's state of mind, he would try to take legal steps to end - or at least reduce - her visitation with their boys, but he doesn't think she poses a risk," a source told TMZ.

In addition, K-Fed also expressed his belief that their kids are "safe" in the company of the pop princess.

"Kevin is confident their boys are healthy and safe when they're at their mom's home and he's not the least bit influenced by the persistent buzz from some fans who claim Britney should be freed from her conservatorship," the source furthered.