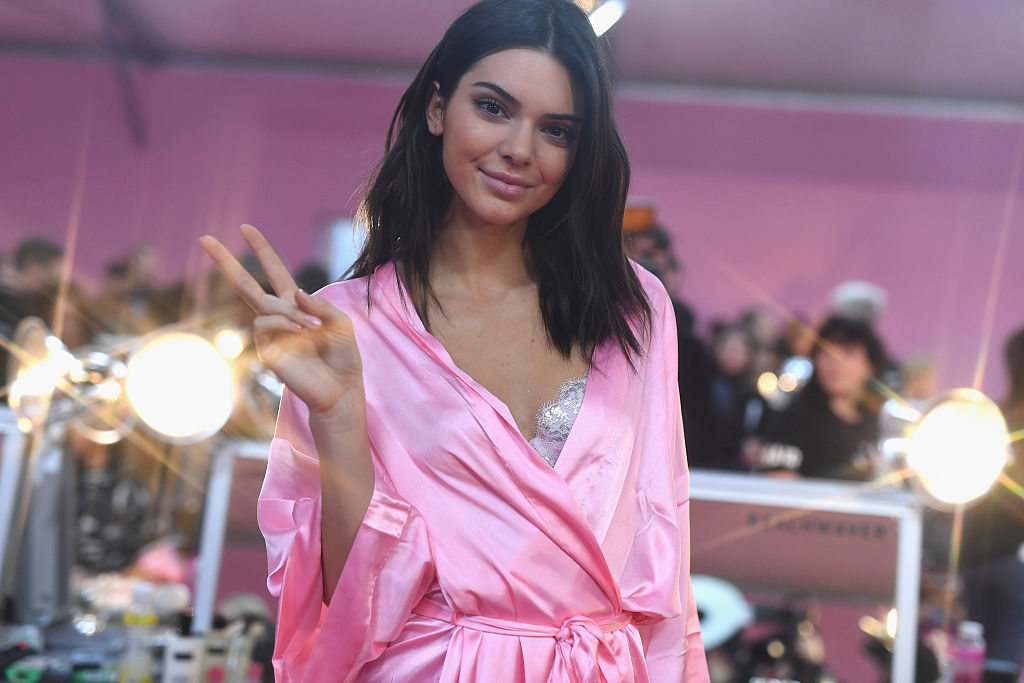 Apart from being a member of the famous Kardashian-Jenner clan, Kendall Jenner has cemented her name in the fashion and modeling industry.

Since she first walked on the runway in 2014 for Marc Jacobs fashion show, the brunette bombshell has never looked back and even graced the covers of Harper's Bazaar and Vogue. She was also selected as one of Victoria's Secret angels, aside from landing campaigns for luxury brands like Calvin Klein, Fendi and Chanel.

It appears that all of the hard work of the 24-year-old reality star paid off after she was hailed as the highest-paid model in 2020. In fact, she was steps ahead of runway royalties such as Adrianna Lima and Candice Swanepoel.

As of this year, Kendall Jenner's net worth is estimated to be $45 million, according to Celebrity Net Worth -- all thanks to her lucrative deals and the salary she received on the longtime running reality show "Keeping Up with the Kardashians."

Moreover, like the rest of her family, the supermodel also enjoys splurging on luxury cars and multi-million properties.

The awesome Kendall Jenner house is a luxurious 6,625-square-foot property that was bought in October 2017 for a whopping $8.5million.

In her Instagram, the self-confessed interior design junkie mentioned that it has always been her dream to be featured in the magazine.

View this post on Instagram
me and SIX on the new @archdigest Sept. cover! it’s always been a dream of mine to be featured in this magazine considering my huge (kinda secret) love for real estate and interior design. we shot this right before quarantine/ lock down so it feels like ages ago. thank you AD. and thank you a million times to @clementsdesign and @waldosdesigns for making my home the sanctuary i had always dreamed of ️ A post shared by  Kendall (@kendalljenner) on Jul 29, 2020 at 7:45am PDT

Situated in the exclusive Mulholland Estates neighborhood, the beautiful Kendall Jenner house was described as "bohemian and funky" while offering a tranquil and warm vibe.

According to her design team -- Kathleen and Tommy Clements alongside LA-based interior designer Waldo Fernandez -- they are "thrilled to discover that she has taste beyond her years."

The interior of her house is filled with warm, earthy colors that boast an art studio, a massive walk-in closet, a pool, and a master bathroom. Aside from this, Kendall Jenner's house also has interesting and expensive pieces.

When the supermodel gave a tour of her new home, she also flaunted her master bathroom and revealed one of the key features of the room -- which is her large golden bathtub.

The brass tub was made by British brand Catchpole & Rye and reportedly cost $7,500.

"I get a lot of love for my gold tub," she said. "I say at least three times a week I'm in this tub. It's my favorite ever."

Kendall Jenner's house also features a neon sculpture that says "Glad to hear you're a happy girl" alongside a measurement (which was reportedly the artist's ex-boyfriends penis).

"I'm pretty sure the measurements are an ex-boyfriend of Tracey Emin's penis size, and then the message at the bottom is to his new girlfriend, 'Glad to hear you're a happy girl,'" Jenner mentioned in the clip. "Because he has a really big penis, I believe."

The interesting wall art cost around $64,000 and was made by English designer Tracey Emin.

In her living area, the 24-year-old supermodel also has a computer-programmed LED lights. It greets her guests with a dreamy chromatic display.

Designed by world-famous artist James Turrell, the wall art glass series are valued at a staggering $500,000 to $750,000, according to Artsy.

READ MORE: Ellen DeGeneres Net Worth: How Did Ellen Make Her Fortune?