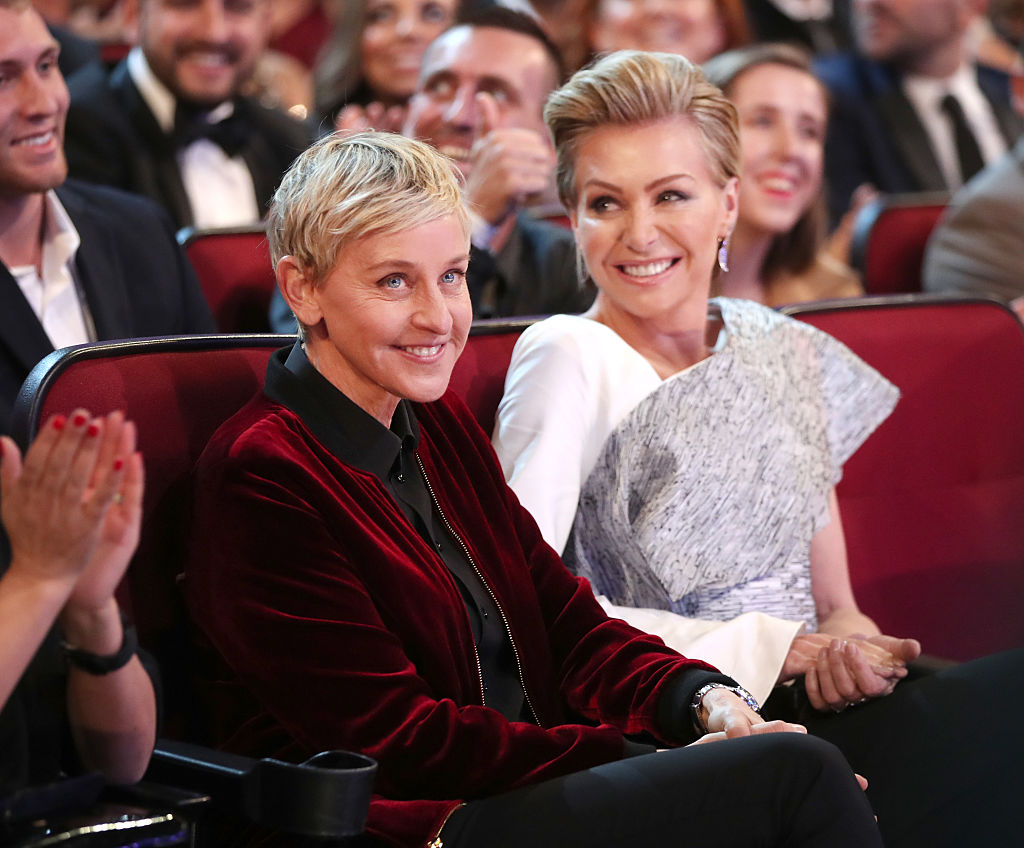 Since early March, Ellen DeGeneres has been making headlines because people have started exposing her as the "Queen of Mean."

But what's weird now is that her wife, Portia de Rossi, came to her defense just now, and not when the entire #CancelEllen trends started.

As of writing, the Emmy award-winning TV host continues to be more entangled in different hullabaloo, including an alleged toxic environment behind the scenes, reports of racism, sexual misconduct, assault, and intimidation.

On Instagram, Portia de Rossi posted a picture, "I Stand by Ellen," with the caption, "To all our fans... we see you. Thank you for your support."

Apparently, Portia De Rossi thinks Ellen DeGeneres is getting hate because of bots, but there's no indication that bots were really involved in the recent backlash surrounding her wife.

Many are wondering if the couple is having malware issues. Perhaps de Rossi is also claiming that these bots are doing all to take the "Finding Dory" star down.

He referred to a culture of harassment and poor treatment as "it comes from the top," meaning, from Ellen DeGeneres down to her employees.

He also claimed that he knows "more than one" treated horribly and that DeGeneres' meanness is common knowledge.

Backing up Garrett's claim is Lea Thompson, who shared the host's mean streak.

She retweeted his claim and said, "True story. It is."

Both Lea Thompson and Brad Garrett are not bots.

Former guests on "The Ellen DeGeneres Show," as well as those who worked for her, such as production crew, security guards, waiters, and many more, made a lot of claims that DeGeneres was mean and it was just toxic. And then they are also not bots.

Despite posting de Rossi's support to her wife, why did it take so long for her to defend DeGeneres?

In the past couple of months, the "Arrested Development" star wasn't busy posting pictures and videos of her food creations while the controversy of her wife reached a whole new level.

Is she normalizing that her wife's behavior or she just doesn't care?

Though, it has been reported that Ellen DeGeneres is not the best partner.

Since 2013, rumors have swirled around Ellen DeGeneres and Portia de Rossi. That's when the couple was said to have allegedly gone through a marriage problem, which the 62-year-old has denied.

Some say that de Rossi and the "Ellen DeGeneres Show" host's marriage is plain toxic.

Reports surfaced about DeGeneres being a dominating partner, so it could also make sense that she didn't allow de Rossi to speak out. After all, DeGeneres has also just spoken about one part of the piled controversies just recently.

And perhaps there's a problem with de Rossi as well, as she has had a history of keeping silent, despite being involved in some scandals.

The 47-year-old continues to live a life floating around bubbles of issues and sits firmly on the fence as the controversies come and go.

Perhaps Portia de Rossi thinks it could be a marital duty to defend Ellen DeGeneres, but she didn't make it a priority.

While she's trying to make a case for DeGeneres, it's looking like it is going to be against de Rossi.

However, she can't blame bots this time.