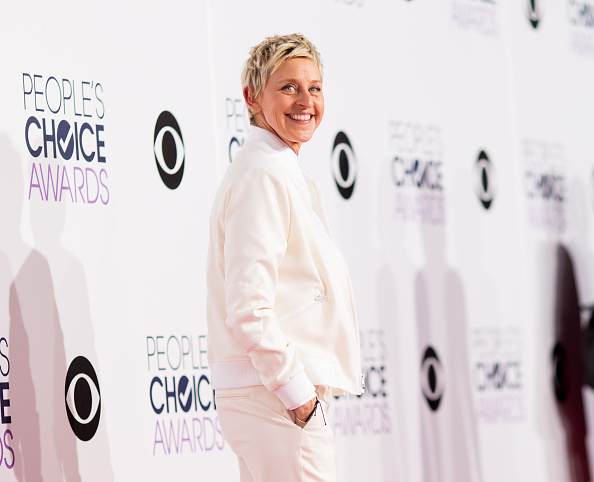 Another day, another person exposes "Queen of Mean" Ellen DeGeneres.

This time, a producer who used to work on "The Ellen DeGeneres Show" claimed that the talk show host is a "suck up," who only likes famous celebrities.

Hedda Muskat worked on the show in 2003 as a Human-Interest Producer, during the show's first-ever season.

On Friday morning, she spoke to KIIS FM's Kyle and Jackie O and revealed that the 62-year-old award-winning host "did not like people."

"She was not friendly with people that I noticed."

She added, "The only people that she was friendly with were the A-list movie stars. She's a big kiss a**."

After her first season on "The Ellen DeGeneres Show," she didn't return for the succeeding runs.

The former producer's claims came after another ex-"Ellen" employee came forward of his experience working on the show.

Because of his music taste, he became a fan-favorite on the show. He plays music the audience could dance along to during the early years of the show.

On Tuesday, the DJ took to Instagram to share his thoughts about what's happening, after being bombarded with calls asking about his experience on the show.

Okungbowa explained that he is grateful for the chance to work on the show, but revealed that there was really a toxic environment happening behind the scenes.

He also said how he agrees with his former colleagues "in their quest to create a healthier and more inclusive workplace as the new show moves forward."

Since Ellen DeGeneres' show had been hit with headline-making allegations, following claims that her production staff was not treated well by producers, many staffers have come out with their "Ellen DeGeneres is mean" stories.

"The Ellen Show" was dubbed as a toxic workplace by current and former employees of DeGeneres, and even accused the higher-ups of intimidation and racism.

Ellen DeGeneres has not been personally accused of mistreatment, but she did issue a public apology to her employees.

"I told everyone in our first meeting that 'The Ellen DeGeneres Show' would be a place of happiness - no one would ever raise their voice, and everyone would be treated with respect."

Though Ellen DeGeneres stated this and not for allegations that she is the "Queen of Mean," many famous faces have publicly shared their support.

Kevin Hart told fans that he has never seen the "Finding Dory" star mistreating others. He even blamed the internet's "crazy negativity" for everything that has been going on to her friend.

Ashton Kutcher also spoke out in favor of the comedienne.

Speaking on Twitter, he revealed that he could only speak from his own experience and said that DeGeneres and her team "have only treated my team and me with respect and kindness."

Katy Perry publicly defended DeGeneres in a series of tweets, insisting that he also had positive experiences.

Many of these celebrities face backlash for supporting "mean" Ellen DeGeneres, saying that these stars will also be canceled.

(Photo by Christopher Polk/Getty Images for The People's Choice Awards)