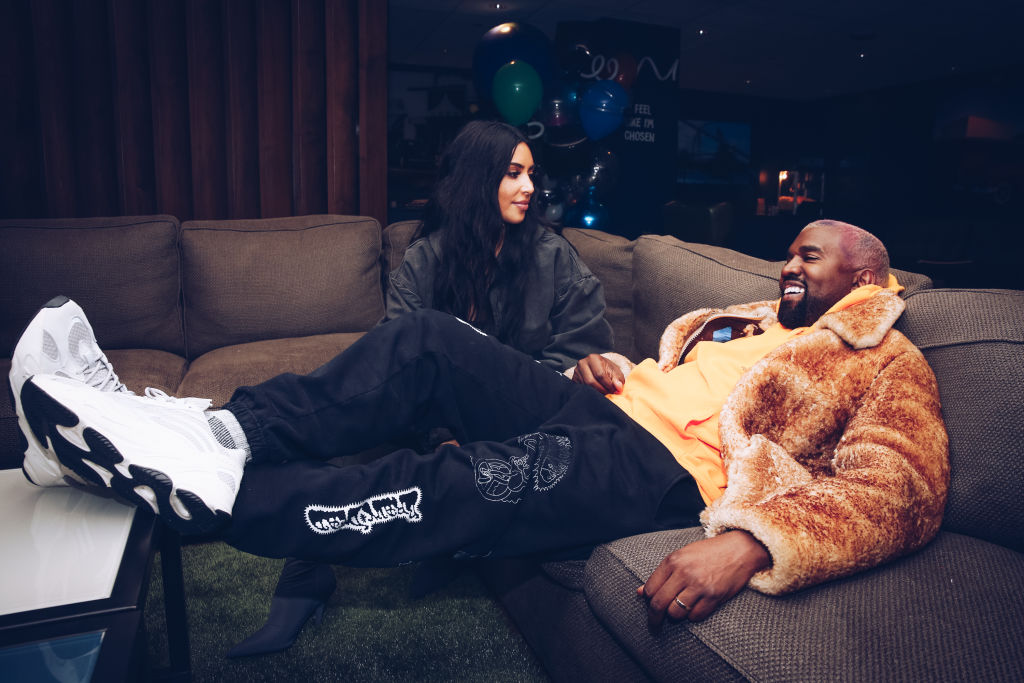 Kanye West and Kim Kardashian came back to the United States with a fresh and renewed aura after spending seven-day trips to the Dominic Republic together with their four children.

On Sunday, the couple of six years were seen exiting a private plane with their kiddos, namely North, 7, Saint, 4, Chicago, 2, and 1-year-old Psalm.

In the photos obtained by the Daily Mail, the 39-year-old "Keeping Up With The Kardashians" star was spotted wearing a skin-tight mini dress as she carrier their youngest daughter off the plane.

According to sources, the West family had a wonderful family week in the Caribbean and plans on extending the vacation to Colorado.

Apparently, the family trip is Kim Kardashian's effort to save her marriage with the 49-year-old rapper, who went under the fire after his controversial presidential campaign rally in South Carolina late July.

The same source told People that throughout the trip, Kanye and Kim went along really well and seemed happier around each other this time.

"They decided to travel together so they can be away in private," the insider said.

"Between the kids, work, and dealing with Kanye's bipolar episodes, it's been hard for her to think clearly." the source added.

Meanwhile, another insider revealed that the presidential candidate is enjoying his time with family, which makes him feel creatively inspired.

During the Punta Cana vacation, the couple reportedly refused to talk about politics and Kanye's candidacy, which seems to be the culprit of their arguments.

The "KKW Beauty" mogul also tried to convince Kanye to drop his dream to secure the country's highest office but to no avail.

"Kim is not happy about it, but this isn't her focus," the source added.

Since the coronavirus global pandemic, rumor has it that Kanye West and Kim Kardashian are having marital issues, which was magnified after the "Yeezy" founder's bipolar episodes.

On Friday, Kanye gave his 30.7 million Twitter followers a glimpse of their family vacation by uploading a father-and-daughter bonding clip with their eldest, North West.

In the video, North asked his daddy what day it is, and Kanye responded with a big smile on his face and said: "It's Friday!" and jumps out of the vehicle and danced to the tune of "Push the Feeling On" by Nightcrawlers.

The family seems to be having a good time as Kim could be heard laughing on the background throughout the video.

But could this trip save Kanye West and Kim Kardashian's marriage, which has earlier been tagged as "beyond repairable?"

Well, this is not the first time that Kim and Kanye's marriage has publicly been put in hot waters, and the couple has chosen to stick to each other numerous times.

While Kim has been rumored to be talking to divorce lawyers after Kanye's emotional campaign rally, she still chose to understand her husband's mental health breakdown and have his back.