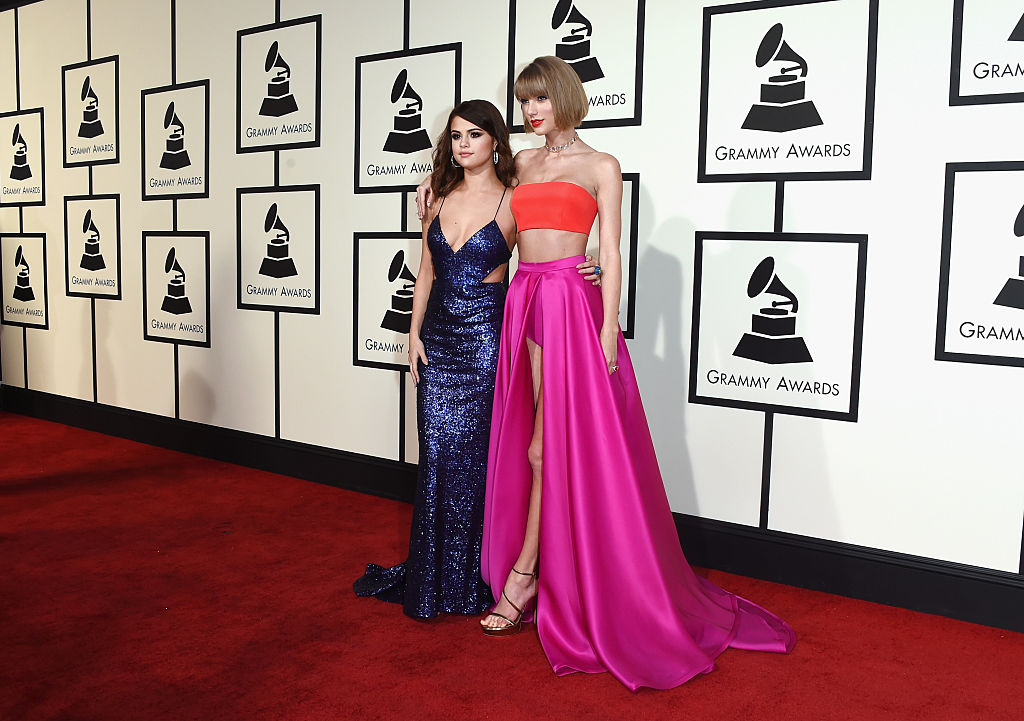 Selena Gomez and Taylor Swift are undoubtedly tow of the most idolized pop star of this generation. Aside from having excellent music, these two women also share a special bond and have been friends for a long time.

Despite their decade-long friendship, Selena and Taylor have yet to come up with a song collaboration. Although they have been performing several times in some of Tay-Tay's concert tours, the besties have yet to drop a partnership that will surely blow the minds of both Swifties and Selenators.

But in a recent interview, the 28-year-old singer confessed about her dreams of doing a collab with BFF Taylor.

Speaking to Twitch's "Animal Talking with Gary Whitta," Selena explained that doing a collab song with her bestie is not far from reality.

"I've always dreamt of doing a song with Taylor," Selena said, adding that she and Taylor have remained close throughout the years.

"We both wanted to do that. It just feels like we're family. I've known her for 13 or 14 years now. She's been my best friend. But we've talked about it for sure," she added.

Imagine how the fans of both pop stars would go crazy if Selena Gomez and Taylor Swift made an epic collaboration? And this could happen sooner than we expected as Selena low-key revealed that she is now working on new songs after the recently released "Rare" album.

"It's funny because I already feel like I've been working on the new album. But I'm so proud of what we did. Oh no, I'm not sure if I was supposed to say that," Selena said.

As of now, Selena and Taylor have been both busy with their careers and have been a constant noisemaker in the music industry.

“I’ve always dreamt of doing a song with Taylor. We both wanted to do that. It just feels like we’re family...she’s been my best friend. But we’ve talked about it for sure” pic.twitter.com/WVy5snhbCP — Pop Crave (@PopCraveMusic) August 6, 2020

A few months after dropping her third solo studio album, Selena ventured into beauty business by coming up with her cosmetic line called "Rare Beauty."

The beauty line is inspired by her recent hit song, which, according to Selena, is meant to be enjoyed. The line is set to be available in Sephora this coming September 3rd.

Aside from being the next beauty line mogul, Selena also jumped into the world of cooking with a new show on the streamings service, HBO Max.

"Selena + Chef" is a 10-part documentary series featuring the singer being mentored by professional chefs through virtual applications. She will try to recreate dishes via remote instructions from some renowned chefs in the culinary industry.

On the other hand, Taylor Swift recently broke the internet after surprising fans with her eight studio album called "Folklore."

In just 24 hours after its release last month, Taylor's album sold more than 1.3 million copies worldwide. Also, it broke the global record for having a whopping 80.6 million streams on Spotify for a female artist, as per Republic Records.

As of writing, "Folklore" remains at the number one spot on the Billboard 200 chart for the past two weeks.