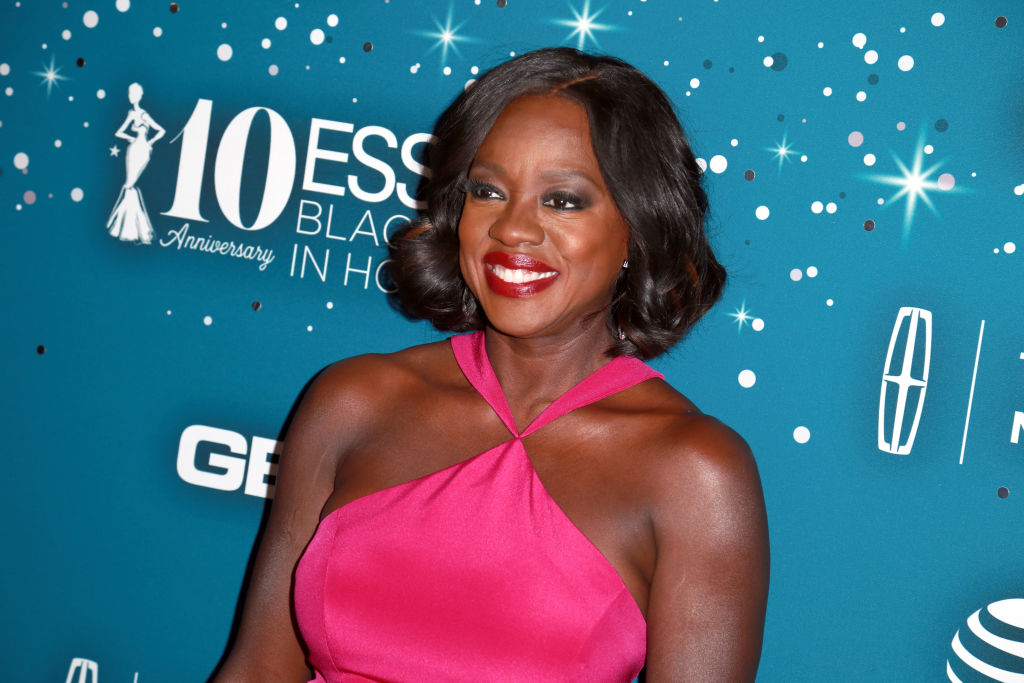 #HowToGetAwaywithWAP is going viral, all thanks to Viola Davis.

Following the successful release of Cardi B and Megan Thee Stallion's new WAP video over the weekend, the Academy Award winner joined the fun as she shared a series of fan-made memes that edited her into the visuals.

In one post, Davis' face was photoshopped over Kylie Jenner's body while wearing a provocative animal print dress.

"Who did this?" the "Troop Zero" star wrote.

In the second meme, Davis' character in her hit legal thriller series "How to Get Away with Murder" was also edited into the music video. It showed the high-profile criminal defense attorney and law professor Annalise Keating dancing while holding a bottle of liquor in one of the rooms of Cardi B and Megan's WAP video.

"#HowToGetAwayWithWAP," she captioned followed by a dancing emoji as she reposted the hilarious clip on Twitter.

The "Bodak Yellow" hitmaker noticed that the Emmy Award winner was down with her WAP video and fangirled over her memes.

"I'm so fan out right now ya don't even know," the 27-year-old music icon wrote.

Aside from the "I Like It" songstress, the memes also set the internet on fire, as fans flocked to Twitter to react to the viral meme of Davis.

Another fan even called her role in "HTGAWM" as queen: "Get it, Queen! Annalise Keating is ALL OF THE BUSINESS!

Meanwhile, a third user expressed her excitement over the show's next season while reposting the meme of Davis in the WAP video.

Last Friday, the Bronx superstar surprised her army of "Bardigangs" with the debut of her sexy WAP video featuring Megan Thee Stallion.

Although it gained a million views on Youtube and reached the No.1 spot on iTunes in just a matter of hours, it also received a wave of backlash online.

Conservatives lashed out at the duo, saying that it was too provocative and contained explicit lyrics.

James P. Bradley, a Republican running for a Congressional seat in California, also pointed out that Cardi B and the "Savage" hitmaker are setting a bad example to the youth.

"Hate to say it Cardi but Congress already has enough bad female role models - I think AOC is your closest competition for the role of "most likely to destroy future generations of teen girls" But once we conservatives #Takebackthehouse you'll be glad you kept your day job," he wrote.

Meanwhile, DeAnna Lorraine, another Republican and former congressional candidate from California, posted a similar remark and said that "Cardi B & Megan Thee Stallion just set the entire female gender back by 100 years with their disgusting & vile "WAP" song."