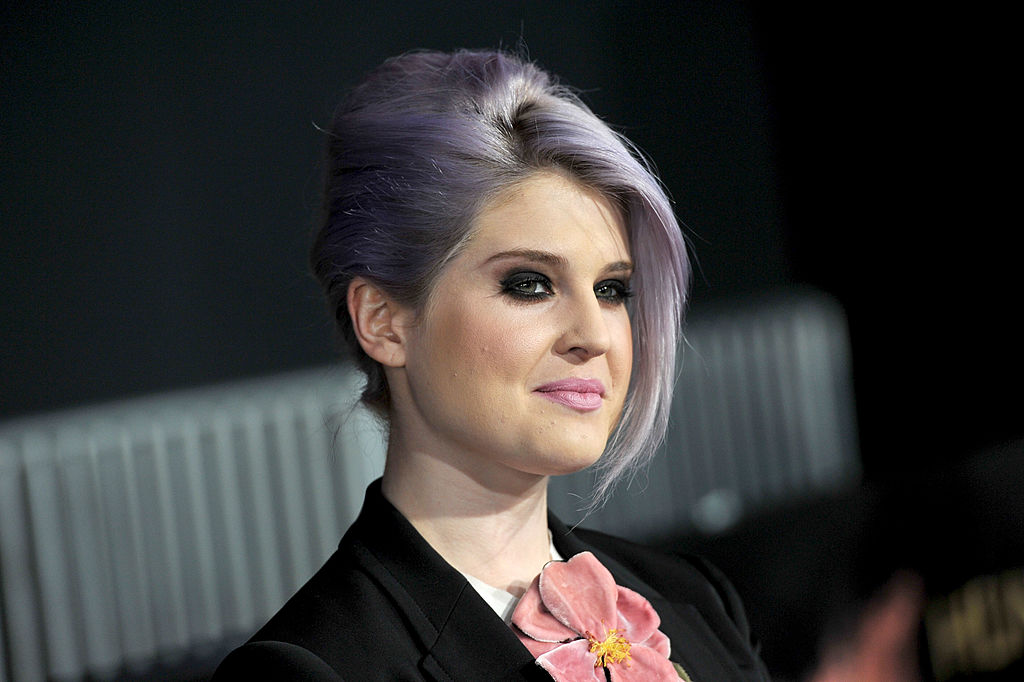 2020 has been a year of major transformation to some of Hollywood's biggest celebrities, including actress-turned-fashion designer Kelly Osbourne.

The "So Undercover" star wowed her 2.2 million Instagram followers after she revealed that she lost 85 pounds, and she has the receipts to prove it.

Wearing a red Gucci long-sleeved top while sporting a pale purple hair in a braided bun, the 35-year-old British actress looked all glammed up as she posted a car selfie.

Friends and fans noticed her weight loss transformation, including Olivia TuTram Mai (mom of Jeannie Mai of "The Real") who commented on her IG post and said "Oh my gosh, you lost a lot of weight."

Osbourne replied to Mai and said: "that's right mamma Mai I lost 85 lbs since I last saw you. Can you believe it? Kaakakaka."

Internet sensation Lala Milan also gushed over her pin-up style and wrote: "Yesss girl! It's the bow for me."

Meanwhile, Ozzy and Sharon Osburne's daughter shared on her IG stories a photo of a size 26 clothing tag, which is believed to be from her old wardrobe. She captioned the post with: "Yes ... I'm bragging because I worked hard and it feels good!!!"

Kelly Osbourne Described Herself as an "Emotional Eater"

The former reality star has been vocal about her struggles with her weight and confessed that she used to be an "emotional eater."

She mentioned that after dealing with her drug addiction, she replaced the substance with food and "just got fatter and fatter."

"I'm an emotional eater. When I get upset, my diet goes out the window. I'd fill up on French fries and pizza all day and wonder why I wasn't losing weight. In the very beginning, I kept getting sick during rehearsals because I was eating such terrible, fatty food and feeling so exhausted," Kelly told Shape.

During her stint with the "Dancing With the Stars," she later realized how bad her diet was and the effects of it on her health.

In addition, Kelly revealed that her dance partner, Louis van Amstel, explained to her about eating nutritious food with a high-protein and low-carb diet.

"Then I started losing weight and realized, 'Oh, it's true what they say: Diet and exercise really work!'" she shared.

Being Overweight Affected Her Self-Esteem

Kelly Osbourne also admitted that it wasn't the diet nor the exercise that was the hardest part about her weight loss journey. Instead, it was seeing her reflection in the mirror that affected her self-esteem and how she sees herself.

"I would look at myself and think, 'Ugh!' I was miserable. To get to the gym-when you already don't like yourself-is really hard. So I had to make it fun. I started wearing cute outfits and putting on a little bit of makeup. And as vain as it sounds, it really helped me because eventually, I stopped hating the way I looked," Osbourne added.

The British actress also shared that her mom served as her biggest inspiration, as she was very supportive to achieve her weight goal.

It was also Sharon who hooked her up with her trainer Sarah Hagaman, noting that they had been working out and taking long hikes in Hollywood Hills a few times a week.