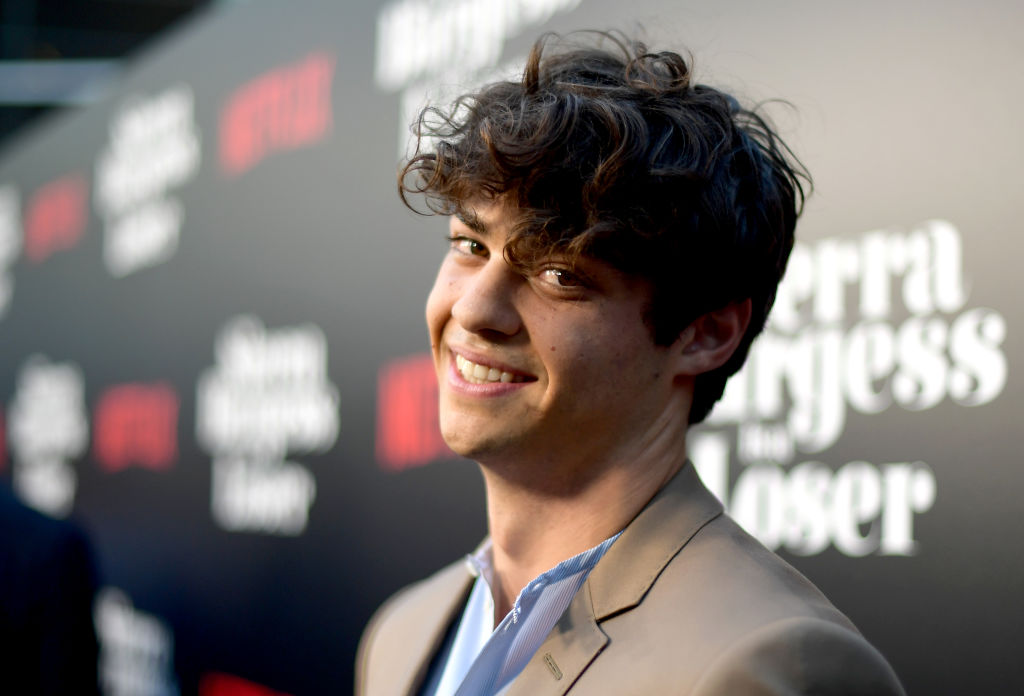 Noah Centineo ditched his boy-next-door look as he gears up to be the most powerful man in the universe.

Best known for his role as the high school heartthrob Peter Kavinsky in Netflix's "To All the Boys I've Loved Before," the 24-year-old actor looked unrecognizable with his ripped body and full beard in a series of photos he shared on his Instagram account.

"The question is.. should I start training again?" he wrote.

Fans were not reluctant to answer his question, as they gave him compliments for his massive transformation.

"And the answer is always a yes," one fan said, while another cheekily wrote: " The question is, is he ready to be a daddy?"

Noah Centineo's Intense Training for "He-Man: The Masters of the Universe"

Centineo has been working out a lot to beef up for his new role as Prince Adam of Eternia a.k.a He-Man in the upcoming remake of "Masters of the Universe."

Last year, the Florida native confirmed the surprising news about his role in the live-action movie reboot that will be directed by Aaron and Adam Nee.

In his previous interview, the internet's favorite boyfriend opened up about playing He-Man.

Centineo saw it as a "big responsibility," though he remained tight-lipped about the film's details.

"It's a really big responsibility. It's a new universe and it's a new studio and their take on a universe. The Nee brothers, Adam and Aaron Nee, they're directing it, and they're the filmmakers in charge of the story, and they are doing one hell of a job developing the world and all these things, so. I can't tell you what tone they're going for, but they're genius, so,: Noah Centineo shared.

He also mentioned that he has been practicing doing the character's famous battle cry, "I have the power!"

"I've been screaming it until my voice is vocally fried, man," Noah added.

Noah Centineo Reveals His Bizarre Diet for the Movie

Aside from his workouts and body transformation, the "Sierra Burgess Is a Loser" star previously revealed that he "is eating a lot" to put on an extra 30 pounds of muscle.

In addition, the 24-year-old hottie is currently on a strict diet that includes eating as many as 11 eggs per day.

"You would think it's awesome but it's like, 6,000 calories a day. As a person you're supposed to eat like 2,000 calories a day," Noah told ET's Katie Krause on the set of the "To All the Boys I've Loved Before" sequel last year. "It's great, I'm not complaining, but, you know, if I'm honest, I eat so many eggs."

Debuting in 1987 with Dolph Lundgren playing the role of He-Man, the live-action movie was initially set to hit the theaters last March 5 before it was postponed due to the global coronavirus pandemic.