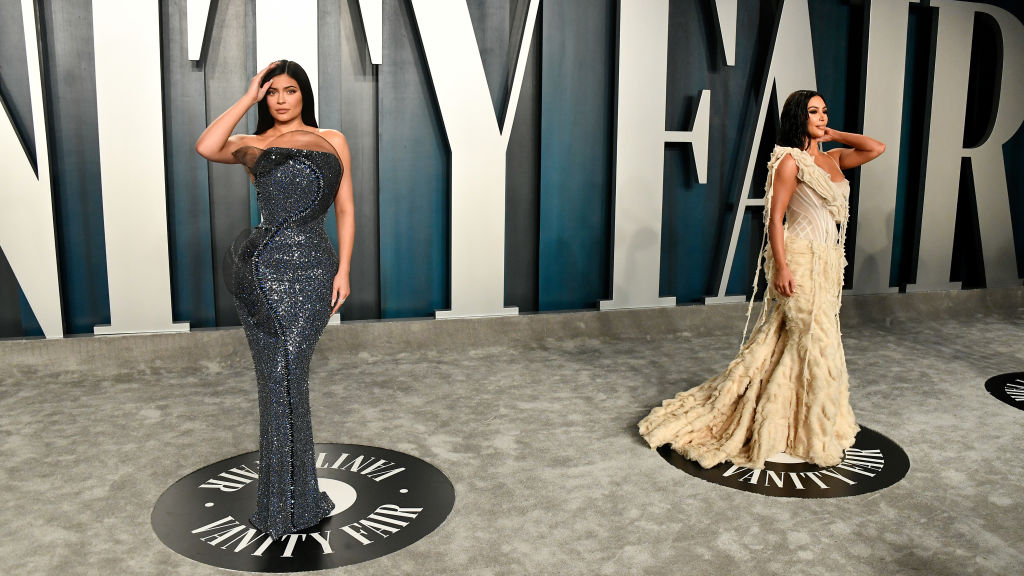 The Kardashian-Jenner crew is undoubtedly the most influential family in the entertainment business. Among the six children of Kris Jenner, Kim Kardashian, and her youngest daughter, Kylie Jenner are the most popular in terms of social media following and exposure.

Besides looking like a spitting image of each, Kim and Kylie have also shared other similarities like being a mother, nd entrepreneur, and beauty ambassadors of their respective brands.

Over the years, the stars of "Keeping Up With The Kardashians" are also pitted against each other on who will get the crown as Instagram Queen. As of writing, Kim has over 183 million Instagram followers, while Kylie has a whopping 189 million-strong followers.

In a recent interview, the 23-year-old makeup up mogul has finally set the record straight and made it clear that there is no tension going on between her and Kim, especially in their respective businesses.

In the premiere episode of "About Face" on Quibi, Kylie Jenner straight-up debunk the rumors that there is an ongoing rivalry between her and her 39-year-old sister.

During the interview, the "Kylie Cosmetics" boss babe have nothing but praises for her sister, who became their family's ticket to fame.

When asked about what she learned about Kim Kardashian's beauty business, Kylie told host Rosie Huntington-Whiteley that she described all of Kim's brands as amazing.

Kylie also revealed that despite being in the same business line, they both share their products without tension at all. At the same time, they also come to each other when they need professional advice concerning their business ventures.

"She'll use mine, I use hers, but how we create our makeup and how we run our businesses is very separate, and then we come together if we need advice," Kylie explained.

The mother of the adorable Stormi Webster also hinted that she and Kim had a great time when they collaborated on a KKW fragrance line earlier this year.

Instead of looking at Kim as her rival, Kylie said that she enjoys working with a family member and finds it uniting as one team.

"There's nothing better than working with your family," Kylie said.

"We all understand that we're more powerful together when we're a team," she added.

After clearing the air on their alleged rivalry, Kim also took to Instagram to greeted Kylie a happy birthday when she turned 23 on August 10.

Aside from Kim, Kylie also spoke positively about her other siblings, namely Kourtney, Khloe, Rob, and Kendall.

"We all keep each other grounded and humble and remind each other of how blessed we are," Kylie said.

"I can't start acting like a different Kylie and show up to the family dinner... They're like, 'Who are you today?'" she added.