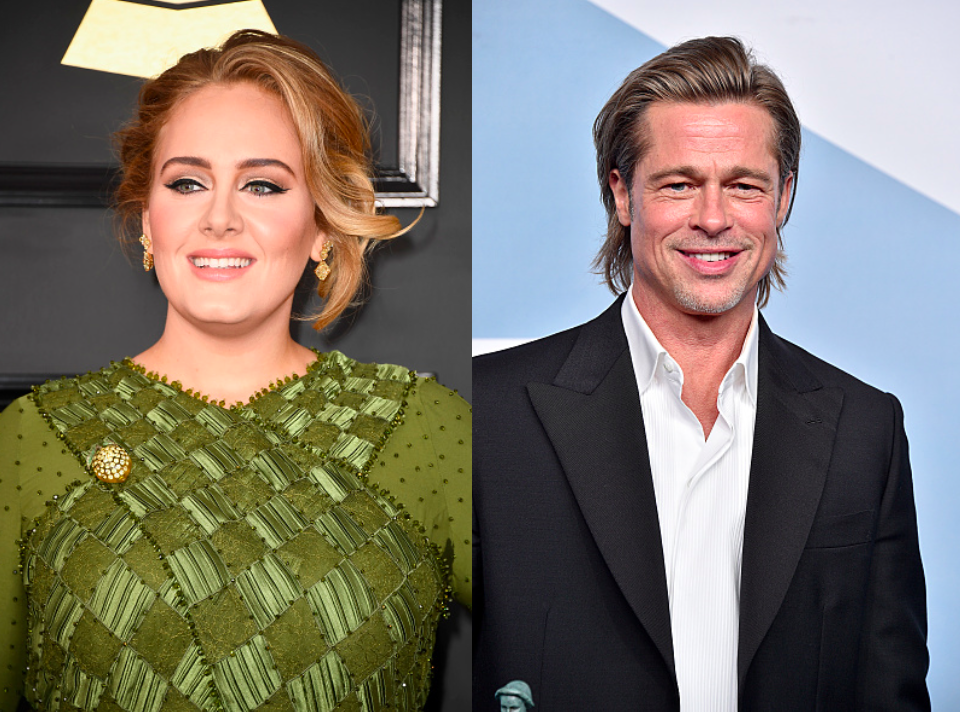 Adele's weight loss transformation has helped her in the romance department.

Just a few months after it was announced that she and her husband Simon Konecki were separating, she immediately worked on herself and, of course, started to move on.

Though it is unsure if the Grammy award-winning singer started her journey after the divorce, she is now in a good place, health-wise and romance-wise.

New Idea reported that the British-born singer has been flirting with one of Hollywood's A-list actors.

Living in Los Angeles gave her a chance to make friends and mingle with co-famous stars and lucky for her, she is enjoying a bit of a flirty moment with Brad Pitt.

"Adele has been putting herself out there romantically. She feels great and is getting a lot of attention from men. Most recently, she's struck up a banter with Brad."

And the "Ad Astra" actor is definitely returning the favor.

A source told the Australian publication, "Brad not only thinks she's beautiful, but she has him in stitches of laughter whenever they hang out or chat on the phone."

"She's got a potty mouth which appeals to Brad given his conservative upbringing."

Despite their flirty exchanges, Pitt is reportedly worried that Adele isn't interested in him.

New Idea's source alleges that he's not sure if the "Hello" hitmaker feels the same way about him. However, he hopes that things between them could progress.

Though Pitt sees that they are really flirting, he reportedly is getting the impression that Adele doesn't want to settle down with anyone just yet as "Adele feels free and is moving on with her life."

Brad Pitt has been linked to multiple women amid the coronavirus lockdown. Stories include reconciliation or dating rumors with either his ex-wives Angelina Jolie and Jennifer Aniston, to Sandra Bullock and Renee Bargh.

Any of the pair's representatives do not confirm New Idea's story, so it's best to take this news with a grain of salt.

Last year, an insider spoke to the Mirror UK that Adele was going to move on with her life after her divorce.

Konecki and Adele separated in September 2019 after tying the knot in a secret ceremony in 2016, and in April 2020, it was announced that they were finally divorcing.

A representative for the pair said at that time, "Adele and her partner have separated. They are committed to raising their son together lovingly. As always, they ask for privacy."

Adele had heads-turning after returning to social media on her 32nd birthday to show her weight loss transformation.

She also thanked the fans for their well-wishes.

The secret was out, and everybody wanted to know how she did it, as the "When We Were Young" singer looks fantastic these days.

According to her personal trainer Camila Goodis, Adele has been working out, but most of her weight loss transformation happened because of her diet.

"It's a good diet to shed weight. The first week is intense, green juices, and only 1,000 calories."