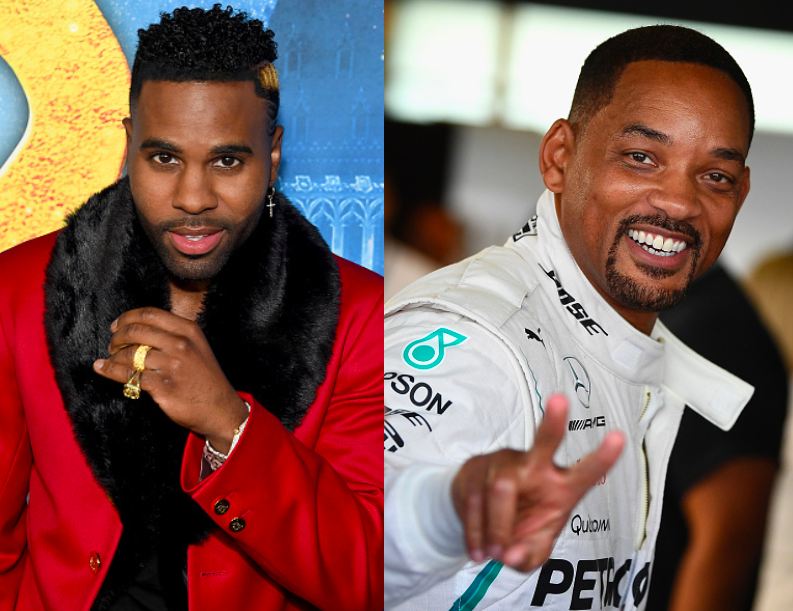 King of TikTok Jason Derulo provided fans all over the world with crazy good content - with the most recent video starred his good friend Will Smith.

In a viral video uploaded by Derulo to his millions of followers, he accidentally knocked Will Smith's teeth out.

In the short clip, Will Smith was trying to teach the 30-year-old how to putt. Derulo stood against a floor-to-ceiling virtual reality screen that looked like a golf course.

The hilarious video was certainly a lesson gone very, very wrong, as the 51-year-old only wanted to help him with his swing.

"The Fresh Prince of Bel-Air" actor took a step back before stepping in to give a final tip.

He even told the singer, "Wait, hold it. Don't swing yet."

At that exact moment Will Smith stepped in, Derulo doesn't wait and instead swung the club back, hitting him in the face.

The "Talk Dirty" hitmaker then looked incredibly guilty as the "I Am Legend" star showed off his smile.

Derulo told Smith, "Put some ice on that. I got a thing."

In a revenge attack, Will said, "It's my turn, my turn. I only need one swing. Let me get my driver."

Before getting whacked in the leg, Smith responds, "Alright, we can just talk about this?"

Jason Derulo was able to increase his TikTok following in recent months, thanks to his funny videos.

However, this recent one made his fans believe that this is just another of his staged pranks.

Another one commented, "That's not real."

Fans of Will Smith are happy to see that the latest headline about the actor isn't about his marriage to Jada Pinkett-Smith and allegations that both of them cheated on each other.

In May, Jason Derulo also seemed to have broken his front teeth while eating corn off a power drill.

In what he said to be a "life hack," he held the corn, which is fixed to a household drill just towards his mouth.

"Hey, have y'all seen this? I've always wanted to try it."

The "Wiggle" singer then proceeded to eat the corn from the rotating drill.

A while later, he started yelling in pain. As he opened his mouth, there was some dental disaster that needs to be fixed ASAP.

After that fiasco, Derulo posted another video of him showing his broken teeth to his girlfriend Jena Fumes.

In the video, he kept asking her how much it would cost to be fixed and admitted how it looks so "f------g despicable."

Despite the horrifying video, followers of the singer were not convinced that it was real.

A TikTok user commented, "Fake look closely at the teeth its special effects dope tho."

Another one added, "Can't get any cornier than this. I need your editor."

Interestingly enough, the next few TikTok videos of Derulo showed him sporting that perfect Hollywood smile and not broken tooth in sight.

READ MORE: Simon Cowell Surgery: 6 Celebrities Who Could Temporarily Replace Him As Judge on 'America's Got Talent'