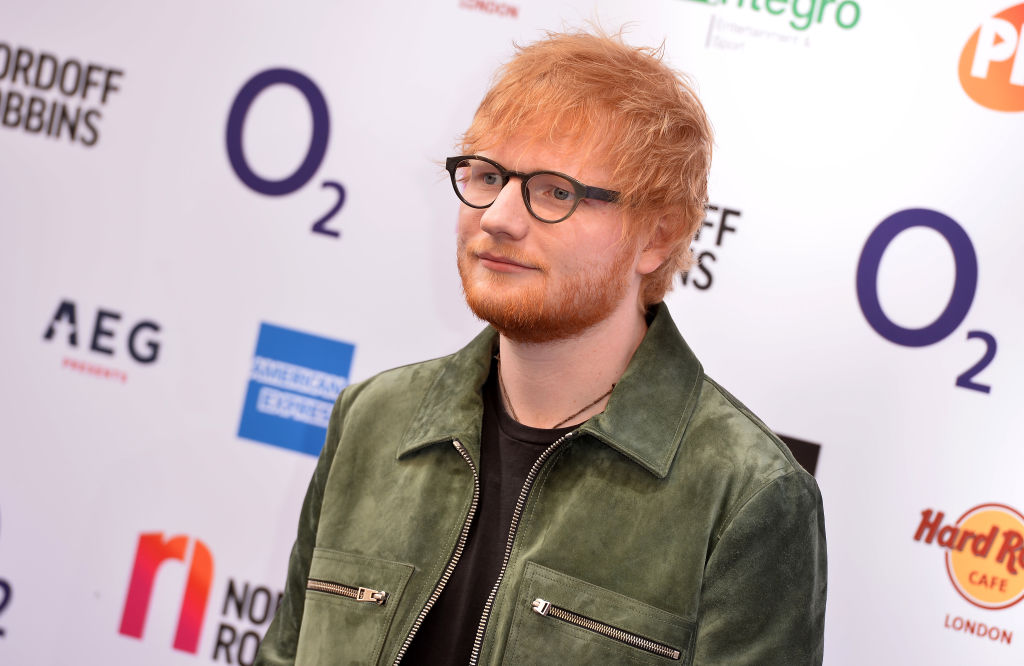 Aside from his eargasmic music, Ed Sheeran is also known for the massive tattoo collection inked on his body. Over the years, Ed Sheeran tattoos have been an eye-catching detail for the fans as he takes his body inks seriously.

Now that he is about to mark a special milestone as a father to his first baby, the 29-year-old singer is reportedly planning to add another body art as a tribute to his son or daughter.

According to an insider, Ed Sheeran tattoos are not only composed of his trademark sleeves but also a circular design hiding on his back.

The source close to the "Shape of You" hitmaker said Ed is planning to fill those circles with a tattoo of his children's plans when they are born.

"Ed comes from a large Catholic family, and he wants to have a house full of kids," the source told the Daily Mail back in March.

"He has had five intertwined circles put on his back that look a bit like the Olympic rings. He wants to put a tattoo of a palm print into each circle," the insider added.

What a great idea from the soon-to-be-daddy! In case he pushed through with his brilliant plan, fans and tattoo enthusiasts will surely be elated to see how the tribute will come out. It will also probably be a great source of tattoo-inspos for other soon-to-be-dads.

Ed Sheeran Tattoos For Other Milestones

It will not be the first time that the award-winning singer/ songwriter will mark a life breakthrough by inking the memories on his body.

In 2013, Ed Sheeran tattooed the word "Red" after joining Taylor Swift's tour, named after her album "Red." It was also the turning point of Ed's music career. He also marked his time with Snow Patrol in 2012 by inking a snowflake on his arm.

Another meaningful Ed Sheeran tattoo is the mother-and-child trace drawing, which is a tribute to his mother. Ed said that it a mother-and-child drawing as the first thing he bought with a paycheck for his mom.

The singer also marks his successful world tours through a tattoo. He had a koala for Australia tour, orange Kiwi bird for New Zealand visit, a green stone tattoo during his stint in Queensland, and a maple leaf tattoo as a tribute to his Canadian fans.

But not all Ed Sheeran tattoos have meaning, just like the Heinz tomato ketchup and a paw print, which, according to Ed, is meaningless at all.

This week, it was revealed that Ed and his wife Cherry Seaborn are already at the final stage of pregnancy and expecting their first child anytime soon.

An insider said that while the couple kept everything lowkey, they over the moon and very excited to meet their baby.

Ed and wife reportedly used the time in lockdown to have a lowkey pregnancy, but they later revealed the good news to family and friends.

READ MORE: Dua-Who? Dua Lipa's Got the Shock of Her Life After Interviewing Elderly People