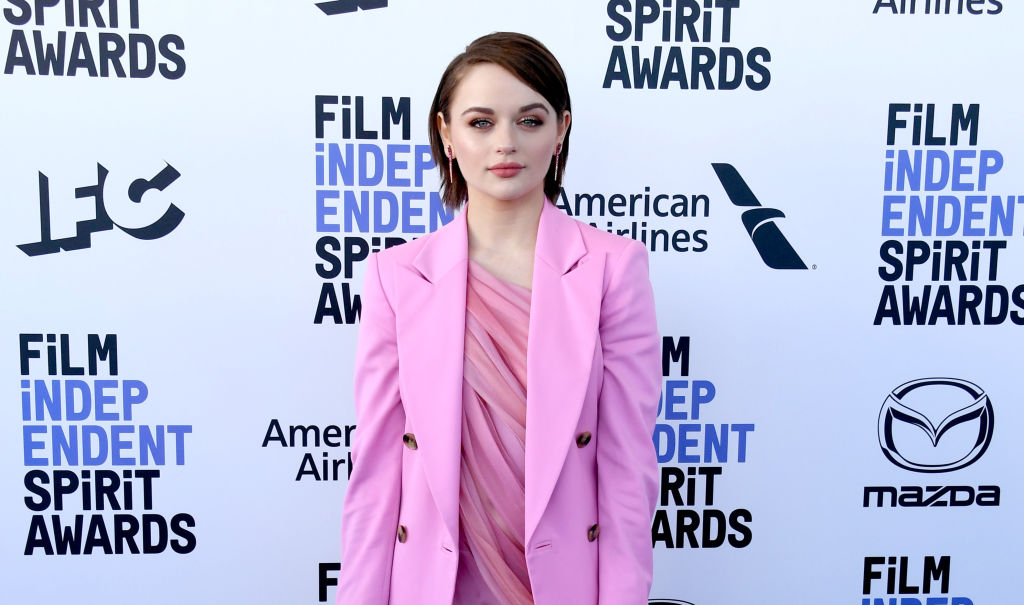 Taylor played the role of an exchange student at Elle Evans' (played by Joey King) school and became an instant heartthrob because of his looks and jaw-dropping physique. Marco eventually became Elle's dance partner for a contest that she needed to win for her college funds.

After spending much time with Elle, Marco felt a connection and fall in love with Elle. However, he was rejected epically as Elle still choose Noah Flynn (played by Jacob Elordi).

Taylor's portrayal was so compelling that made fans speculate that he and lead lady actress Joey King are already dating.

The dating rumor sparked after the 21-year-old actress uploaded an Instagram Story entry of her and Taylor celebrating the release of "The Kissing Booth 2."

Joey King revealed that she even got tested for COVID-19 so she could hug her 28-year-old co-star. In the photo, Joey and Taylor are wrapping arms on each other while surrounded by flowers and cakes as they enjoy a home viewing of their film together.

Because of this, fans are quick to speculate that Taylor is now Joey King's latest rebound after a failed romance with Jacob Elordi.

In a recent interview, Taylor addressed the fan theories about him and Joey continuing the romance off-screen.

Speaking to Barstool Sports' "Chicks In The Office" podcast, Taylor first explained the story behind the viral photo of him and Joey.

"We were quarantine buddies, so I would see [King] all the time because we lived five minutes away from each other," Taylor said.

"We know what our relationship is, we love each other dearly," he added.

When asked about taking their friendship to the next level, Taylor set the record straight and confessed that he would love to date Joey in real life.

"It's been interesting how everyone has been trying to make something out of it, but it's fine. I mean, hey, I would love to be dating Joey King, she's dope," Taylor continued.

The Mexican-American actor explained that he likes the idea of dating a friend or someone you can already trust.

"For me, non-sexual intimacy is so much more important to me at first. I'm all about the sensitive stuff," he added.

Taylor explained that he values the time he spent with someone else and would not waste his energy on something that will not develop into something deeper.

"If I'm investing this much time into someone I'm gonna be dating. I'm gonna make sure this is more than a three-month thing. I'm more into long-term goal wise when it comes to work and relationships and everything," he said.

The actor said that he is more turned on with emotional intimacy than sexual intimacy, so he makes sure to spend his time with the people he loves investing his time and emotion with.