It has been revealed that Princess Eugenie and Prince Harry have always been close ever since they were young, according to his and Meghan Markle's biography "Finding Freedom."

Princess Eugenie is one of the people he trusts implicitly.

The tell-all bombshell written by royal reporters and Sussex fans Carolyn Durand and Omid Scobie reveals why Meghan Markle and Prince Harry exited the royal family. It would also talk about the relationships they have with other royal family members.

The book was released on Tuesday, and the authors wrote how Prince Harry and Princess Eugenie are more than just cousins but also "closest of friends."

The authors discussed, "Out of all the Queen's grandchildren, Harry and Eugenie have one of the most natural connections."

"Like Harry, Eugenie is loyal, honest, and great fun. The two had many nights out together in London."

The book also claimed that the Duke of Sussex had always confided in the York Princess about the many women he dated in his life.

Durand and Scobie wrote, "Not only did he trust her implicitly, but friends say that she gives great advice and has always been 'beyond wise' for her years."

The 30-year-old Princess was reportedly even the first to know about Prince Harry's relationship with then-actress Meghan Markle.

According to "Finding Freedom," Princess Eugenie thinks the California-native was "just the tonic" for her red-headed cousin.

The youngest daughter of Prince Andrew and Sarah Ferguson was even "nothing but encouraging about his new relationship," telling some of her friends that she loved the former "Suits" star.

Their strong relationship surely is a take of Prince Harry's late mom Princess Diana and Fergie's friendship. It also brought their children closer than ever.

"Like Harry, Eugenie also struggled to carve out his own identity growing up."

"Not being a senior role meant that she had to go out into the world and find her path, which she has done."

But something changed within Prince Harry and Princess Eugenie's dynamics. 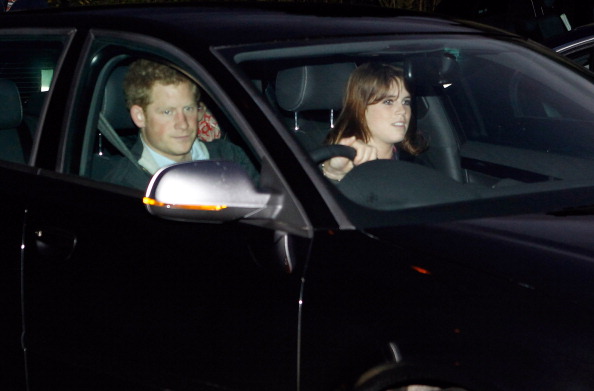 It was claimed in the book that Princess Eugenie was upset after Meghan Markle broke the news that she was pregnant at her wedding.

The Duke and Duchess of Sussex reportedly told friends and family that they were pregnant on Princess Eugenie's big day at St. George's Chapel at Windsor in 2018.

"A source said Princess Eugenie told friends that she felt the couple should have waited to share the news," Durand and Scobie claimed.

Even her mom tried to do damage control by tweeting out congratulatory messages to Princess Eugenie, just 40 minutes after Kensington Palace shared the Sussexes were expecting.

In fact, early this year, Prince Harry and Meghan Markle took a dig at Princess Eugenie and her sister, Princess Beatrice, when they announced they were quitting the royal family.

In a released statement by Meghan and Prince Harry, "While there is precedent for other titled members of the royal family to seek employment outside of the institution, for The Duke and Duchess of Sussex, a 12-month review period has been put in place."

READ MORE: Hailey Bieber Revelation: Why She and Justin Bieber Are Not Going to Have Babies Anytime Soon