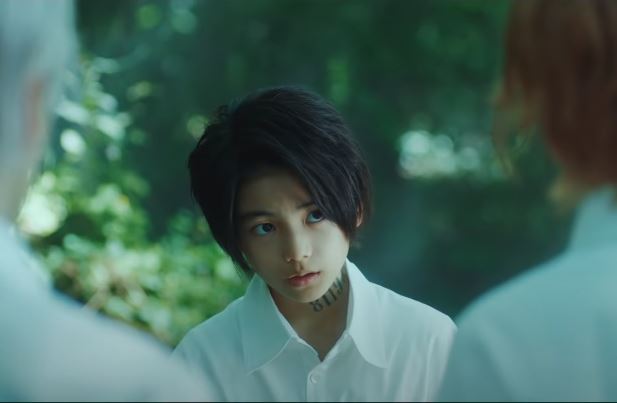 "The Promised Neverland" will offer a more realistic representation of the hit anime series of the same name through its live-action movie.

The makers of the series -- which won the 63rd Shogakukan Manga Award -- finally opened its doors to turn "The Promised Neverland" into a live-action film. The exciting news came after the anime series ended its manga this year.

"​The Promised Neverland" movie will follow the story of Emma, Ray, and Norman inside an orphanage called Grace Field House. Everything seems happy and well, not until Emma and Norman discovered a menacing secret about the orphanage and the world around them.

Before the fans witness a monster gobbling up an orphan, here is everything fans should know about the most awaited live-action anime adaptation of the year.

​As seen on its official poster and trailer, "The Promised Neverland" movie is slated to be released in Japan on December 18.

Currently, the team has not announced anything about an international release yet, probably due to the coronavirus pandemic. But just like those Japanese live-action films in the past few years, the upcoming movie is expected to receive a global nod.

Aside from the Japanese live-action film, Amazon Studios disclosed in June 2020 that they are developing an English-language live-action series adaptation of "The Promised Neverland."

Rodney Rothman is responsible for directing the series, while Meghan Malloy is writing the plot. Meanwhile, Touchstone Television and Amazon Studios are producing the said English version soon.

"The Promised Neverland" movie's director Yuichiro Hirakawa chose the best Japanese stars to breathe life to the famous characters of the series.

Meanwhile, Isabella's role will be played by Keiko Kitagawa, a former exclusive model for the Japanese Seventeen magazine.

Earlier this August, "The Promised Neverland" movie left their fans screaming after it unveiled its first teaser and poster.

Its official poster showed the rest of Emma's siblings from the orphanage. Though it looked gorgeous and inviting enough due to its tranquil background, the red numbers stamped over each kid was somewhat upsetting and terrifying, to say the least.

Meanwhile, ​the website of the anime also shared the first teaser. Although it is only a 30-second haunting clip, it gives fans an idea of what they can expect from the live-action adaptation.

Apart from main characters like Emma and Norman, "The Promised Neverland" fans also got a glimpse of what a human Isabella looks like and her dark side. The key snippets from the original story's first arc, including the dining-room fire, can also be seen in the trailer.

The manga and anime versions were creepy due to the demons and monsters appearing in the pages and episodes. But thankfully, the live-action saved the biggest scares -- maybe to surprise the fans.