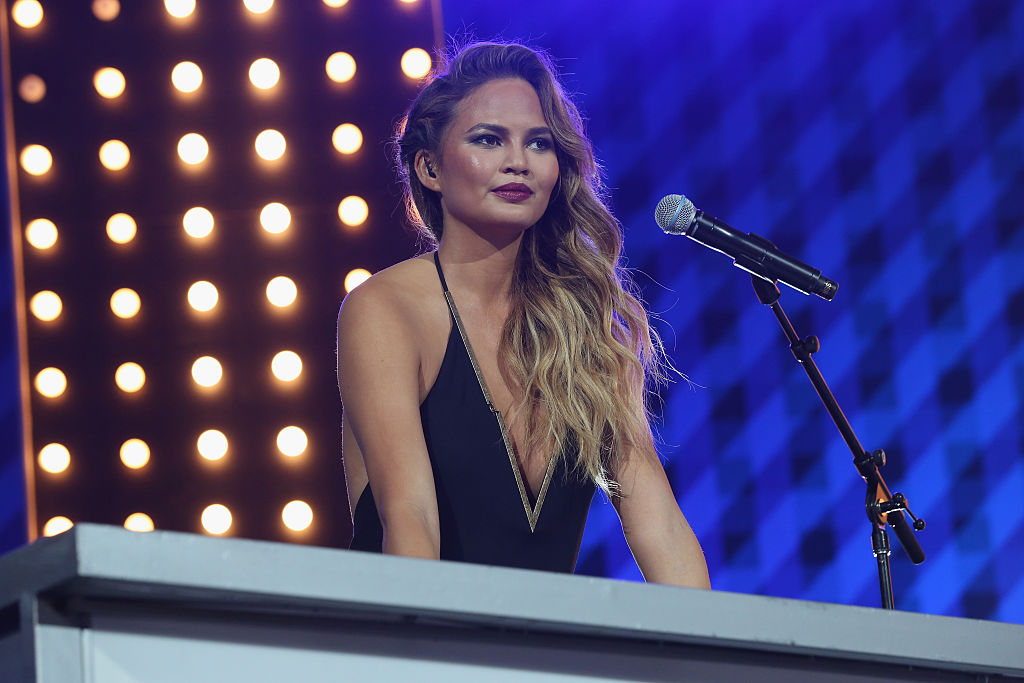 To recall, Teigen announced her pregnancy in John Legend's music video for his new song "Wild."

Set on a dreamy beach location, the pair made the big reveal in the final shot where Teigen can be seen cradling her baby bump.

One fan, however, expressed her concern towards the health of the "Lip Sync Battle" host since she recently underwent breast implant removal surgery.

To set the record straight, the 34-year-old former Swimsuit Illustrated model addressed the issue and opened up about her pregnancy.

"Oh, it's quite a story," Teigen wrote on Twitter. "I did the routine pregnancy test you do before surgery. It said negative. It was not negative."

Teigen continued and explained that prior to the surgery, she took a pregnancy test but the result said negative.

"A few weeks after surgery, I took a test. And for many years now, I've taken pregnancy tests almost every month, praying to see a positive one day," Teigen explained. "Just wishful thinking. I never had a positive before."

She also shared how worried and "terrified" she was when she learned that she is pregnant and "prayed to the boob surgery gods" that things will turn out okay.

Chrissy Teigen Reveals Reasons Why She Considered Getting Implants Removed

Last June, the best-selling cookbook author went under the knife to have her breast implants removed.

Her husband and kids were supportive of her decision. Their 4-year-old daughter, Luna, even made her a hilarious get-well-soon card that says "have fun" getting her "boobs out."

"So, so, so, so, so sore but waking up to this made it go away for half a minute at least," Chrissy captioned her Instagram post as she shared her daughter's handwritten letter.

Before the surgery, the 5-foot-9 stunner shared the reason why she considered getting her implants removed.

"They've been great to me for many years but I'm just over it. I'd like to be able to zip a dress in my size, lay on my belly with pure comfort! No biggie. So don't worry about me! All good. I'll still have boobs, they'll just be pure fat. Which is all a tit is in the first place. A dumb, miraculous bag of fat," she posted on Twiter.

Teigen even mentioned that it was the perfect time for the surgery, as she described her breasts as "not essential"

"I really want them OUT. Quarantine would have been perfect time but apparently, it's not 'ESSENTIAL' smh."

Since baby number three is on the way, the TV host revealed that Luna "is very, very excited," while their 2-year-old son Miles had the opposite reaction and said that he was "jealous" of the new baby.

Chrissy Teigen previously mentioned that she sought help for In Vitro Fertilization as she struggled to get pregnant. She then pointed out that IVF "was an amazing choice for us to be able to make."