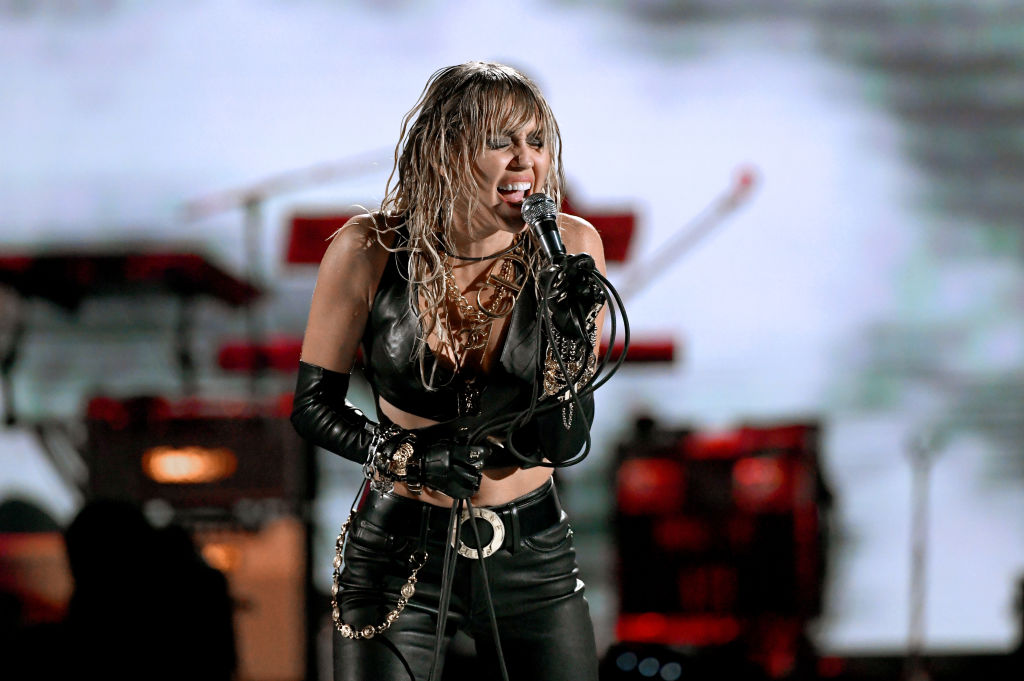 As usual, Miley Cyrus' breakup with Cody Simpson will probably lead to another big project.

For years, fans of Miley have known how the pop star turns her heartbreaks into a piece of song or new film. This time, she hinted about reprising her role in the "Hannah Montana" series.

The 27-year-old "When I Look At You" singer sat for a virtual interview on the "Carolina With Greg T In The Morning" radio show. During the appearance, she revealed that she is offering her full-support in bringing back her ever-famous blonde alter-ego to television screens in the future.

"You know what honestly, I try to put that wig on all the time," Miley said. "She's just in storage collecting dust and I'm ready to whip her out ... The opportunity will present itself."

The potential reboot to the popular Disney Channel series would let her resurrect Hannah Montana. But since it has been years since people last saw her, the singer pictured how the future Miss Montana -- who should be all grown up now -- would look like.

Furthermore, the Grammy-nominated singer mentioned during her radio interview that while she is interested in doing the series again, she still has some doubts after being "locked into a soundstage for a couple of years."

So aside from reprising her role, she expressed how much she wants to direct the reboot.

The ever-popular Disney Channel series centered around the life story of a high school student named Miley Stewart, who focused on her family, friends, and school by day. By night, she performed as a secret pop star by the stage name Hannah Montana.

Disney Said "No" To Hannah Montana Reboot -- For Now

In February 2020, Miley's father, Billy Ray Cyrus, sparked rumors that a "Hannah Montana" reboot was on its way.

During his exclusive interview with Holywood Life, he said that a spinoff of the hit Disney series was currently in the works. He even shared some spoilers on the prequel series, stating that the next show would mostly revolve around the story of his character, Robby Stewart, before he quit performing after his wife passed away.

"They're talking about doing a prequel, which to me, I would do that in a heartbeat," the 58-year-old "Achy Breaky Heart" hitmaker said. "Because that means I get to get my mullet back."

However, the patriarch's revelation was too good to be true, and a source revealed to E! News that "Hannah Montana" will stay a thing of the past.

Sure, Disney can develop the series in the future, but the source clarified to E! News that there is no such "Hannah Montana" project that is currently in progress. The insider's statement wholly contradicts what Billy claimed previously.

While it is not one of Disney's top priorities as of the moment, Miley enjoyed her time after reuniting with "Hannah Montana" co-star Emily Osment on her Instagram Live talk show "Bright Minded."

During the conversation, the two former Disney stars recalled their past television days in what Miley nicknamed "the reunion of the decade." Miley even called her former castmate "a badass best friend," proving how the Disney series strengthened their friendship.

READ MORE: Miley Cyrus Net Worth: Did Her Split With Liam Hemsworth Affect Her Wealth?