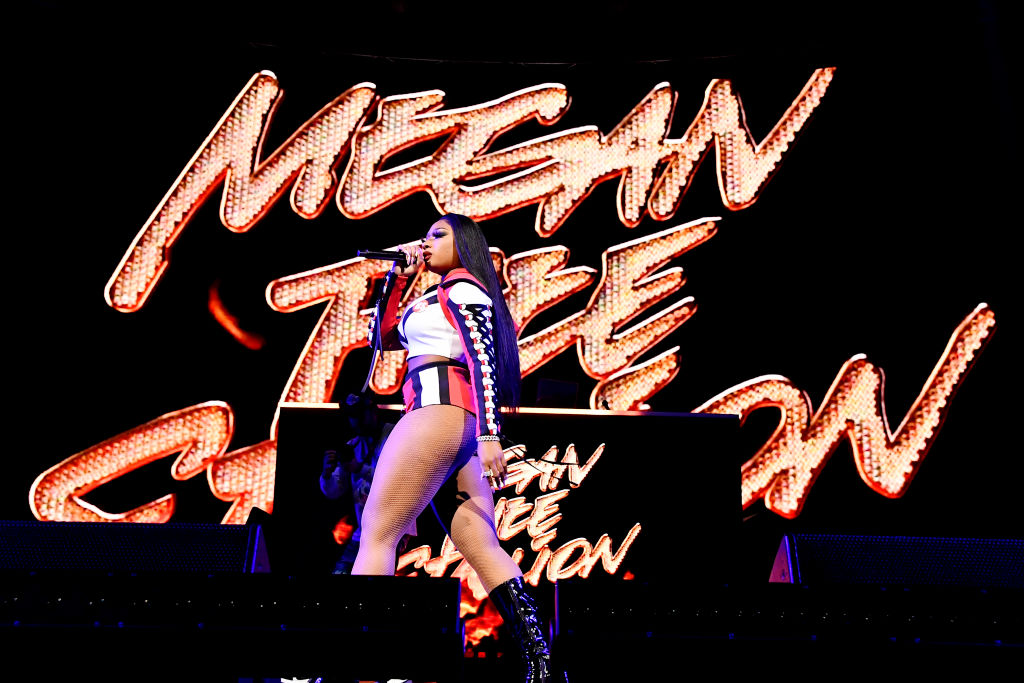 Megan Thee Stallion claps back at haters who criticized her over her gunshot injury.

In her now-deleted Instagram post, the "Savage" hitmaker silenced internet trolls as she shared a gruesome image of her heel.

"Lol what I have learned abt [sic] majority of the people on social media is y'all like to hear bad news before good news, a lie spreads quicker than the truth, and y'all really be believing the s-t YALL make up," the 25-year-old singer wrote.

Furthermore, the rap "It" girl, whose real name is Megan Pete, explained why she was shot and denied lying about her injury.

"I got hit at the back of my feet because when I got shot I was WALKING AWAY FACING THE BACK. Why would I lie abt getting shot? Why are y'all so upset that I don't wanna be in the bed sad? Why y'all upset that I can walk?"

The "Hot Summer Girl" songstress concluded her post by calling her haters "sad" and "miserable."

The Texas-born rapper's outrage came after fans accused her of faking her injury after she was photographed wearing a bandage on her foot while partying at the Allure Gentlemen's Club in Atlanta, Georgia on Monday night.

"New photo surfaced of Megan Thee Stallion feet from the other night while she was in the club partying! There is no bullet wounds! This clearly means Meg must have got cut by glass OR bullet FRAGMENTS on the BOTTOM of her feet," one user tweeted.

Other fans even questioned her purpose for posting the graphic snap of her foot and suggested that she just wanted to gain sympathy from the public.

"This is an exit wound, exit wounds are larger from where they exit, you telling me Megan thee stallion got shot on the foot or feet, and still able to twerk?" another critic wrote.

Meanwhile, another user asked the singer to apologize on social media for lying about her gunshot wound: "All I want is for Megan Thee Stallion to APOLOGIZE for lying to us and trying to insult MY intelligence. She did NOT get SHOT in BOTH her FEET. I wonder if she know the difference between foot & feet. And TODAY on IG she said she DID NOT see who shot her!"

On the other hand, some sided with Megan Thee Stallion and expressed their support to the singer.

"They really made Megan Thee Stallion post her bloody stitched up foot calling her a liar the internet epitome of a hell hole," one fan tweeted.

Another concerned fan pointed out that the "Captain Hook" hitmaker was forced to post her wound on IG to shut down trolls: "The fact that Megan Thee Stallion had to post her whole ass injured foot to get y'all off her neck is fucking ridiculous believe Black women goddamn."

Last July, Lanez was arrested and was charged with possession of a firearm after police officers found a gun in his car.

Unfortunately, he might face additional charges like felony assault with a firearm after Megan suffered "multiple gunshot wounds."