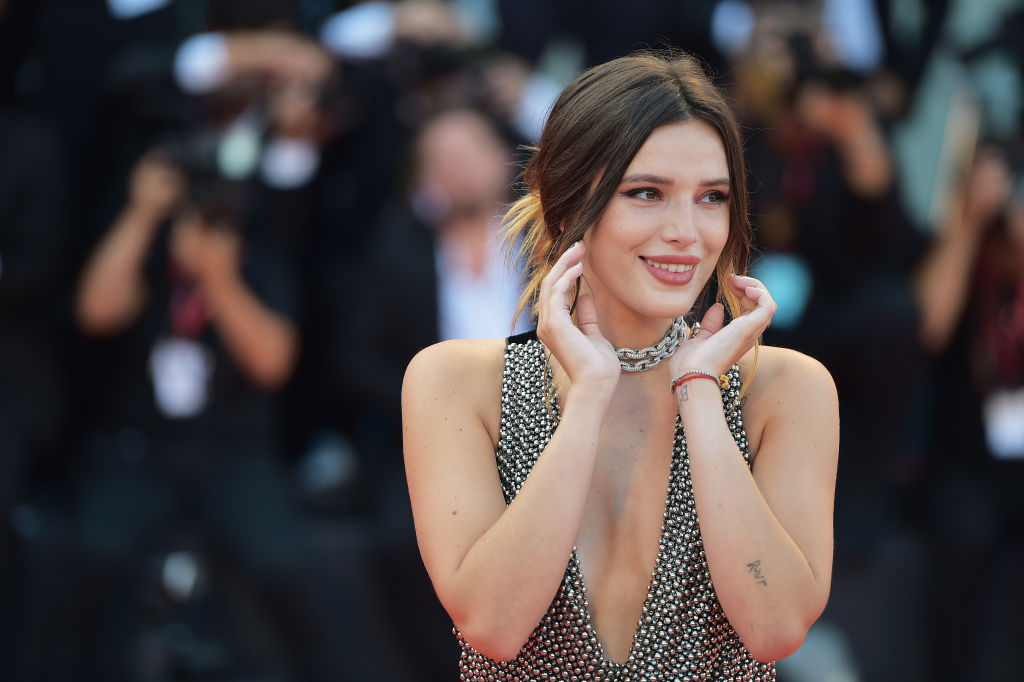 As years go by, Bella Thorne is getting bolder and sexier.

In the past couple of years, Thorne has been known for her racy and naughty social media posts that flaunt her curves. This time, she took another bold step to make everything about her exclusive for fans.

On Wednesday, the 22-year-old former Disney Channel star announced to her 23 million Instagram followers that she has joined the adult content site "OnlyFans."

OnlyFans is a subscription content service based in London that allows sex workers to interact with their fans exclusively. As of writing, the app has 30million users, and Thorne just became one of its biggest additions.

Bella shared a video of herself, saying, "Excuse me, I have an announcement." The footage then transitioned to a few clips of herself showing off her body while donning a pink bikini with a diamond choker necklace featuring the word "sex."

In a follow-up post, she showed a screenshot of an article promoting and welcomed her as the newest member of OnlyFans.

"Thank u @paper I'm excited to talk about the politics behind female body shaming & sex!!!" Bella captioned the post. "With the amazing director sean baker who I'm proud to call my friend."

Currently, her OnlyFans bio reads: "I'm your b***h." Each subscription to Bella's OnlyFans is $20 per month, but subscription bundles are also offered.

Why Did Thorne Join OnlyFans?

In an interview with Paper Magazine, the "Midnight Sun" actress said that she signed up to the adult subscription service since it is the only platform where she can "fully control" her image without worrying about bullies.

Thorne is indeed no longer a stranger to hate and criticisms due to her online posts. However, she never stopped sharing photos despite that.

Previously, she posted a video on Instagram that caused a stir among her followers.

The said video was recorded while she was taking a shower. The young actress showed off her hair. However, many fans looked at it differently and called her out for being sultry.

Her Halloween look also caused a huge online commotion when she posted a video of her wearing make-up that appeared like she had been physically beaten and abused. Many of her fans and netizens thought she did it to glorify and approv domestic violence.

Moreover, Thorne released her own nude photos once. An insider claimed that a hacker threatened that they would release her topless pictures. In pursuit of reclaiming her authority against the unknown hacker, she posted them instead.

"I'm putting this out because it's MY DECISION NOW U DON'T GET TO TAKE YET ANOTHER THING FROM ME," she wrote at that time.

However, "The View" co-host Whoopi Goldberg slammed and condemned her decision before saying, "If you're famous, I don't care how old you are. You don't take nude pictures of yourself."

But with OnlyFans, Thorne truly no longer needs to worry anymore.