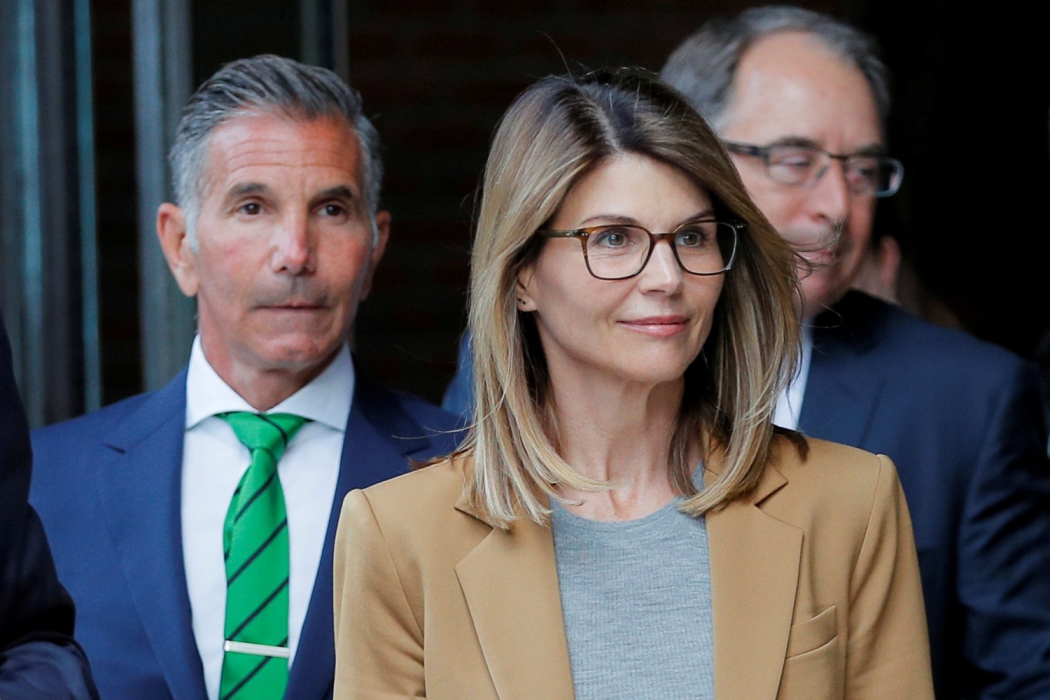 An emotional Lori Loughlin appeared in a virtual hearing alongside her husband, Mossimo Giannulli, as they were handed their punishment for their involvement in the college admissions scandal.

The famous couple was formally sentenced in federal court in Boston by the U.S. District Judge Nathaniel Gorton through an online hearing.

After the court's decision was released, the "Full House" actress began her statement by acknowledging her mistakes and pointing out that it was an "awful decision," as cited by Us Weekly.

"I made an awful decision. I went along with the plan to give my daughters an unfair advantage in the college admissions process."

The 56-year-old actress, who was with her legal counsel Sean Berkowitz, explained that she was "swayed" by her emotions out of her love for her two daughters, Isabella Rose and Youtube star Olivia Jade.

"In doing so, I ignored my intuition and allowed myself to be swayed from my moral compass. I thought I was acting out of love for my children, but in reality, I had only undermined and diminished my daughters' abilities and accomplishments," Loughlin furthered.

As the "Summerland" star went on to express her guilt, she mentioned that she had to "move forward" and use this experience as a lesson and motivation to do good in the future.

"While I wish I could go back and do things differently, I can only take responsibility and move forward. I have great faith in God and I believe in redemption and I will do everything in my power to redeem myself and use this experience as a catalyst to do good and give back for the rest of my life," Lori added.

Trying to fight back her tears, the mother-of-two concluded her statement by pointing out that she is "ready to face the consequences and make amends."

As a result of more than a year of trial, the Hollywood actress was slapped with a sentence of two months in prison, followed by two years of supervised release, 100 hours of community service and a $150,000 fine. Meanwhile, his fashion designer husband was sentenced to five months in prison, a fine of $250,000, two years of supervised release and 250 hours of community service, according to the US Attorney for the District of Massachusetts.

According to multiple reports, both Loughlin and Giannulli have 90 days to surrender to the Bureau of Prisons to begin their sentences.

As part of the request from their legal counsel, the District judge agreed for the two to be jailed within California so they will be close to home; however, it will still depend on the security requirements.

Earlier this year, the Hollywood actress and the Mossimo owner pleaded guilty to one count of conspiracy over fraud accusations amid the college scam dubbed as "Operation Varsity Blues."

They were accused of paying William "Rick" Singer, who is said to be the "mastermind" of the scam, $500,000 to get Isabella Rose and Olivia Jade to University of Southern California as athletes.