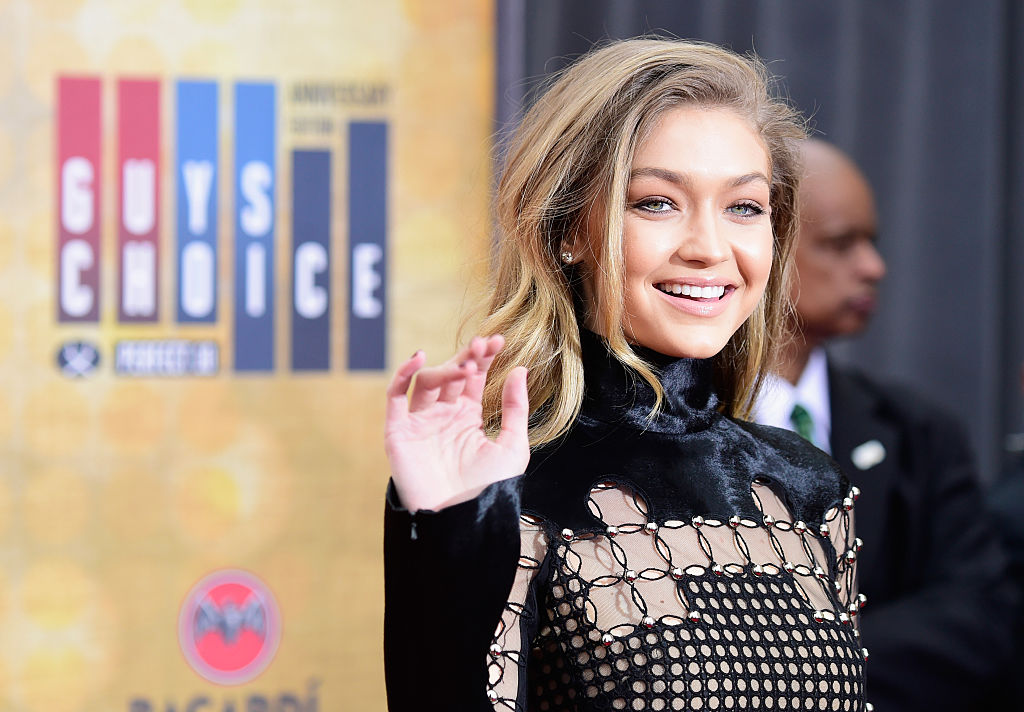 Gigi Hadid sent the internet into a frenzy after she showed off her growing belly.

The 25-year-old supermodel looked stunning as she took to Instagram and flaunted a series of black-and-white glam maternity shoots, taken by the fashion photographer duo Luigi Murenu and Iango Henzi.

"Growin an angel," Gigi captioned on her first photo while donning a sheer maxi dress that hugs her baby bump.

The Victoria's Secret angel also thanked the people behind the fantastic shoot, as well as her well-wishers.

"Cherishing this time. appreciate all the love & well wishes ♡ will never forget creating these special images with my friends @luigiandiango@gabriellak_j @erinparsonsmakeupthank you. I love you!" Hadid wrote alongside another black-and-white photo of her looking very chic while sporting a '70s inspired flowy dress with bell sleeves.

In addition, the Vogue cover girl shared to her Instagram stories a clip of the behind-the-scenes shoot, which was taken last July 26.

Gigi's friends and family seem to be thrilled with the model's high fashion maternity shoot.

Bella Hadid Can't Wait To Be an Auntie!

"I'm going to be a freaking auntie!!! Will cherish this little bean forever. I am so proud of you @gigihadid. You are a glowing goddess of light, love, adventure and joy. Bless you," the younger Hadid wrote as she shared a series of Gigi's maternity shoots on her IG stories.

On the other hand, fans flocked to her comment section and on Twitter to express their well wishes and admiration for her stunning photos.

"Gigi Hadid's pregnancy pictures are so simple and beautiful at the same time," one user posted.

Another fan pointed out how the supermodel looked divine on her photo: "None of us are gonna get pregnant and look like Gigi Hadid and that's the ugly truth about our lives."

"The way Zayn's family supports Gigi and him is so sweettt."

Lastly, another user made a thread highlighting what a badass mama Gigi would be in the future: "Needed thread about how much Gigi Hadid has powerful moments to warn everyone just trying to annoy her."

Recently, the LA-born supermodel returned to New York City together with the former One Direction member after spending the quarantine in theHadid's farm in Pennsylvania.

Back in April, the Guess muse confirmed to "The Tonight Show Starring Jimmy Fallon" that she is pregnant with her first child and is expecting to give birth this fall.

She also explained why it took her a while to announce her pregnancy.

"Obviously we wished we could have announced it on our own terms, but we're very excited and happy and grateful for everyone's well wishes," Gigi shared.