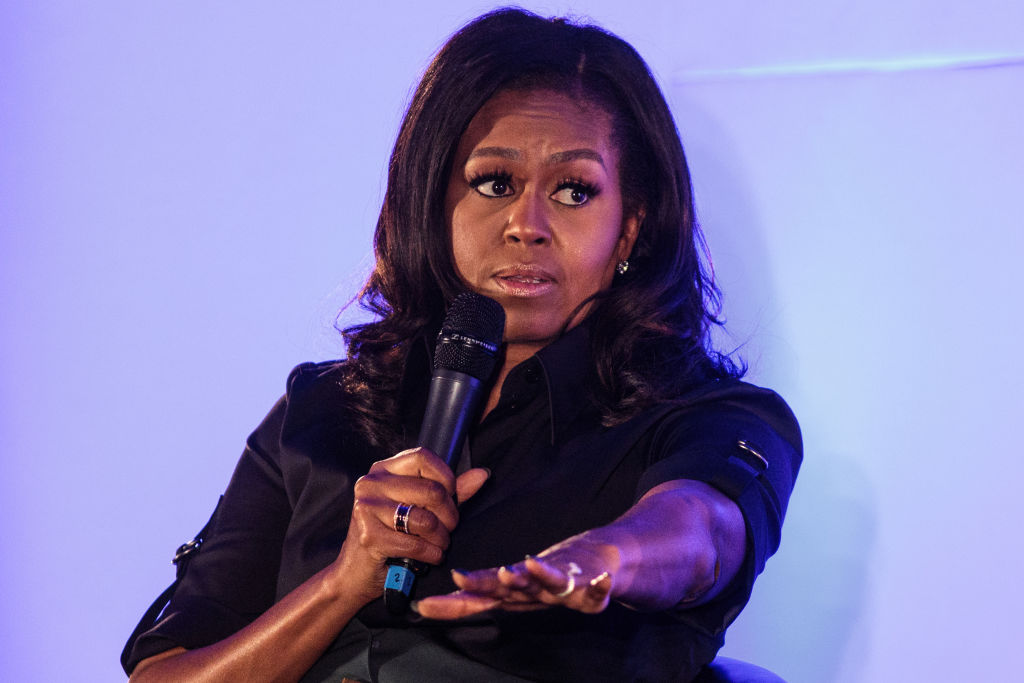 Being the first lady is difficult, especially if people, staff and even constituents make it extra challenging by looking down at your color. Michelle Obama said so as much.

For years even when she was still the first lady, Michelle has been the epitome of a refined and yet still spunky lady.  She showed the world what kind of a wife would make a man successful, given how much she supported her husband.

The ex-first lady was never to just sit around and wait for staff to cater to her. She has projects of her own that made sure Barack Obama's legacy would be strong.

She was successful, given how very few would say the previous Administration did not do anything. Nobody ever said Michelle herself had not done anything. In all aspects, she has surpassed expectations.

What is shocking is that there were instances when she was made to feel invisible. This is the first time that Michelle would deviate a bit from her strong persona and share about events that hurt her while her husband was still the President.

Essentially, she's the most powerful woman in the United States, and she exudes the confidence needed for that role 100 percent.

Probably knowing there is no weakness in sharing one's pain and hurt, she now said that she had constantly suffered for being a Black woman for eight years. It did not matter that she was the most powerful man's wife, she was still not able to escape racism.

On the August 26 episode of her Spotify podcast, Michelle shared that she felt compelled to escape the White House at night -- from time to time, and of course, in disguise. She realized that stripped off of her power momentarily, people would treat her so much different since they did not know they were talking to the FLOTUS.

"I can tell you a number of stories [where] I've been completely incognito, during the eight years in the White House," Obama told her friends, Dr. Sharon Malone, Denielle Pemberton and Kelly Dibble.

"Walking the dogs on the canal, people will come up and pet my dogs but will not look me in the eye. They don't know it's me. And it's - what white folks don't understand is that's so telling of how white America views people who are not like them. You know, we don't exist. And when we do exist, we exist as a threat. And that's exhausting," she added.

This by no means meant she was safe if people knew she was the first lady. Some racists simply cannot be deterred.

According to Michelle, one time back when Sasha and Malia Obama were still very little girls, she and Pemberton (who is also black) took their kids out for ice cream. She told the Secret Service to stand back so that they can buy ice cream like normal people. However, a white woman cut right in front of them as if she did not see them.

Michelle called out the woman but she did not even get an apology!

"She didn't apologize, she never looked me in my eye, she didn't know it was me," Obama revealed.

It is not clear if Barack Obama knew about these sufferings of the first lady, or more importantly, his wife. Knowing Michelle, she would have probably not let the President know anymore.

At least she's sharing it now to let people know that racism is truly an issue in the United States.