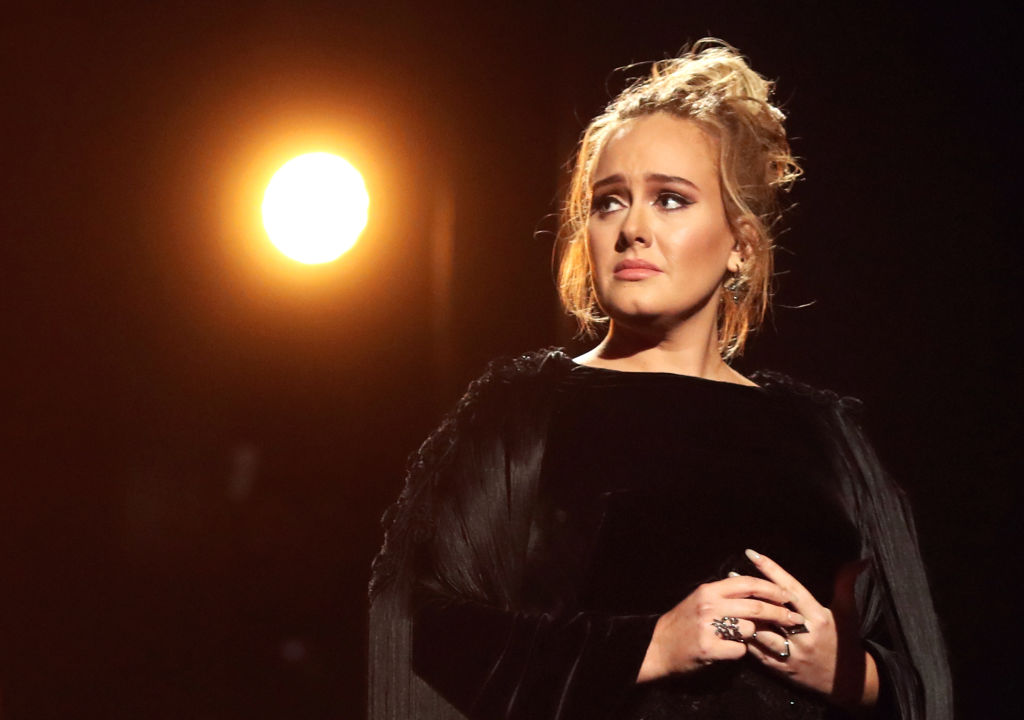 If there is an award for the year's ultimate body transformation, that would undoubtedly go to Adele! In the latest Instagram post, the British pop star wowed the internet with her jaw-dropping bikini photo that showed off her extremely tiny waist and flat stomach.

On Sunday, the Adele took to Instagram to celebrate the August Bank Holiday and what could have been the Botting Hill Carnival. The festival usually took place around this time of the year but was postponed due to the coronavirus global pandemic. It usually attracts over two million people from the British West Indian Community.

Despite the lockdown restrictions, the 32-year-old award-winning singer made sure to celebrate the occasion by dressing up like she is ready to hit the carnival.

In the photo, Adele posed a busty display while wearing a Jamaican flag bikini, paired with skinny tie-dye pants and bright yellow feather headdress, while her long blonde locks are tied up in a series of bunches.

Adele is obviously in full party mode as she captioned the photo with: "Happy what would be Notting Hill Carnival, my beloved London!"

As of writing, the photo now has over 2.7 million likes and tons of compliments from followers who praised the undeniable result of Adele's incredible weight loss. The "Someone Like You" hitmaker lost an estimated 45 kilos throughout her weight loss journey, which she started earlier this year.

View this post on Instagram
Happy what would be Notting Hill Carnival my beloved London A post shared by  Adele (@adele) on Aug 30, 2020 at 3:17pm PDT

The British pop star debuted her dramatic transformation during her 32nd birthday last May by posting a photo f herself wearing a skimpy black dress.

While Adele's latest jaw-dropping bikini snap left people in shock and applauded her transformation, the photo also went viral on social media for a different reason.

Because of this, some Twitter users slammed the singer for cultural appropriation.

"This is what happens when you invite too many people to the cookout no more invites #Adele #Bantu," one Twitter user wrote.

"If 2020 couldn't get anymore bizarre, Adele is giving us Bantu knots and cultural appropriation that nobody asked for. This officially marks all of the top white women in pop as problematic. Hate to see it," journalist Ernest Owens added.

Another one noted: "I'm upset about Adele wearing the Bantu knots in her head. it's cultural appropriation, and it's not cute."

Meanwhile, some same to Adel's defense and suggest to leave the mother-of-one alone as she had enough criticism from her body transformation.

"Bantu knots are from my African ancestors. We're actually fine with people wearing our stuff as you can see in Nigeria weddings etc, but we aren't cool with people like Kardashian's claiming and renaming our braids. Adele isn't claiming Bantu or renaming it," one fan explained.

"This made me smile. It shows the impact my little island has on the whole world. How influential we truly are," another one added.

One fan noted: "This is cultural appreciation, not appropriation."

Adele's fans thought the "Skyfall" singer will be releasing a new album. Instead, they were left disappointed. (Christopher Polk/Getty Images)