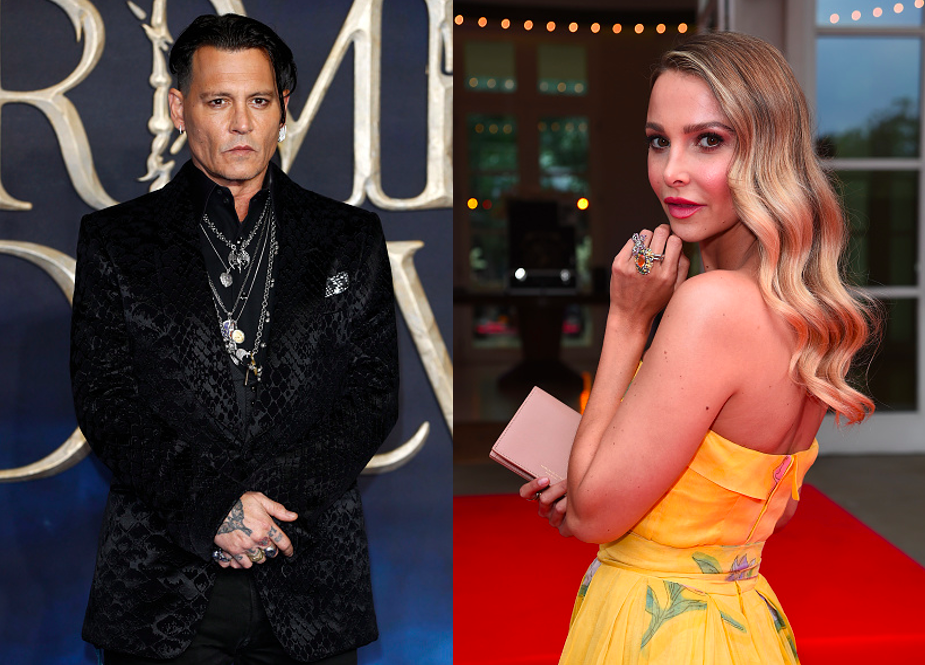 It's about time Johnny Depp has finally moved on from his former wife, Amber Heard.

The "Pirates of the Caribbean" star is dating a British reality star named Sophie Hermann, amid his ongoing legal battle.

Sophie, 33, is a German model and is part of the hit show "Made in Chelsea." She started appearing on the show since 2013. Aside from being a reality star and a model, Sophie Hermann is also a fashion designer.

German publication RTL previously reported that Johnny Depp and his new babe met at The Corinthia Hotel in London. She has said to have written her phone number "on a piece of paper and slid it between the strings" of Johnny's guitar.

The Daily Mail reported that the two speak on the phone "a lot."

However, Sophie has been linked romantically to her co-star Fredrick Ferrier, but the publication reports that the two have always just been good friends.

The Munich-born star is known to keep her love life away from prying eyes.

Johnny Depp's rumored new flame comes after news that the "Edward Scissorhands" actor is preparing to face his former wife in court again for another case.

This is also after their three-week court showdown in High Court, where Johnny sued News Group Newspapers, the publisher of The Sun, for an article that described him as a "wife-beater."

In the blonde beauty's witness statement, she described her visit Australia in 2015 as a "three-day hostage situation."

In July, Deadline reported that Amber Heard claimed to have seen her former husband in "extreme acts of psychological, physical, emotional, and other forms of violence," even claiming that it was "the worst thing. I have ever been through."

A verdict on the Depp vs. NGN case is expected soon.

Meanwhile, Amber's lawyers are said to be expecting Johnny's lawyers to serve papers in the US, which would force her to give even more evidence in court in regards to their marriage.

In 2019, Johnny Depp sued Amber Heard over her 2018 Washington Post op-ed, saying that she was a domestic abuse victim.

A source told The Daily Mail, "No matter what the outcome, Amber is preparing for round two. But if Johnny wins his case against The Sun, then that's it. He will go and go."

Johnny Depp has recently requested a pause on his upcoming lawsuit based in Virginia. In return, the "Aquaman" actress also filed her countersuit, saying that her former husband has started a "smear campaign."

Amber's lawsuit was filed back in August, but the news of this just made its way to papers recently.

According to reports, the "Pineapple Express" actress' lawsuit will be even tricky than Johnny's lawyers have filed, as Amber is said to be seeking $100 million in damages.

In her legal document, she mentioned that she feels the Virginia lawsuit is just a continuation of Johnny Depp's abuse.

For now, it's best to wait for the verdict on the libel lawsuit, as it will be seen if it will affect the defamation lawsuit Johnny Depp has filed and the countersuit Amber Heard has also filed.