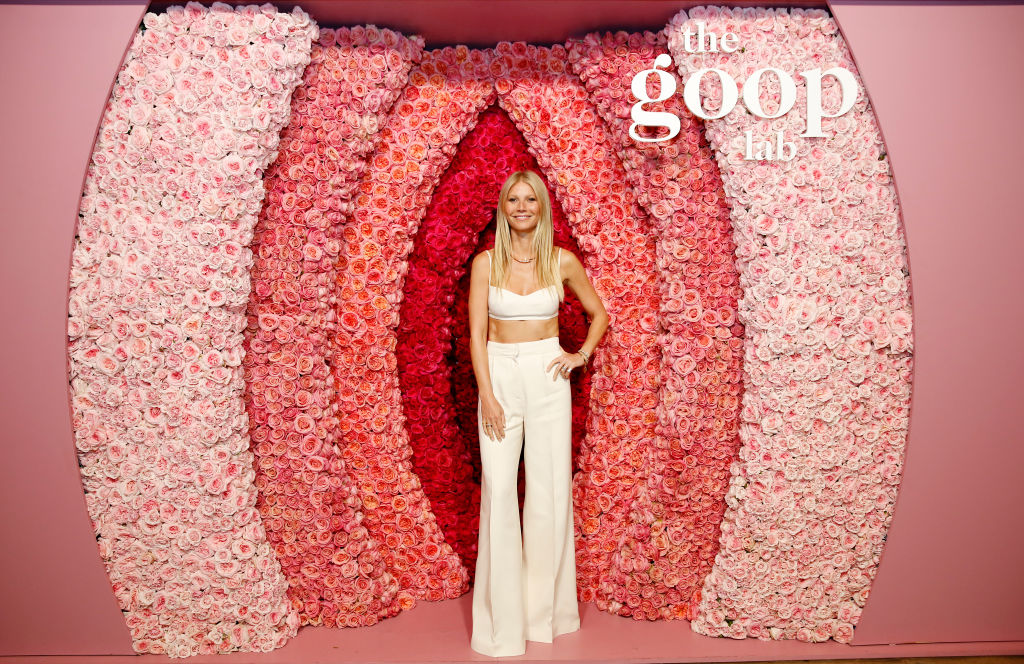 Just when we thought the "vagina-scented" candle is the most bizarre item Gwyneth Paltrow's "Goop" wellness business could offer, it turns out that there is also an odd thing going on her office to make this odd candle possible.

Before the coronavirus global pandemic hit worldwide, the famous Hollywood actress launched a scented candle that she brags about smelling like her genitals. The candle called "This Smells Like My Vagina," pertains to the aromatic scent of the 47-year-old actress-turned-lifestyle-entrepreneur's private part.

According to the product description, the candle scent started as a joke while perfumer Douglas Little and Paltrow are working on the fragrance.

It reads: "The two were working on a fragrance, and she blurted out, 'Uhhh ... this smells like a vagina."

"This candle is made with geranium, citrusy bergamot, and cedar absolutes juxtaposed with Damask rose and ambrette seed to put us in mind of fantasy, seduction, and a sophisticated warmth," it continued.

It retails for $75 available at goop.com; it often gets sold out the minute Goop restock. After months of consistent sales, one of the wellness team staff revealed the unusual way they make sure the candle smells like the real thing.

Speaking to "Closer," the brand's Chief Design & Merchandising Officer Shaune Kearney revealed that the whole Goop team is doing extra-mile to make sure the product is accurate as possible.

Kearney confessed that the staff actually smelled Paltrow's private genital as part of their day-to-day work.

"For the Goop team, smelling Gwyneth's vagina became just another days at the office," Kearney revealed.

"She's the ultimate embodiment of the brand, and that means ensuring its authenticity with the products," she added.

Kearney further explained how the Goop headquarters stood out among any other workplace in the world.

Apart from being a wellness guru rocking her wellness business empire, it looks like the Marvel actress found a side job as her ex-husband's wedding planner.

Rumor has it that Paltrow's ex, Chris Martin, is already planning to marry his current lady love, Dakota Johanson, and they wanted the actress to be involved on that special day.

Paltrow and the "Coldplay" band frontman remained as good friends after the divorce, and they are now co-parenting their kids Apple and Moses.

According to a source, it was the "50 Shades of Grey" actress's idea to hire Paltrow as their wedding planner.

"It was Dakota's idea to get Gwyneth involved. Gwyn has the best contacts in LA and a whole team at Goop tastemakers on her payroll," the source said.

"The kids, Apple and Moses, aren't the only reason why they all went to the same area for the summer," the source added.

Despite claims of Paltrow's role in the wedding, it is still unclear if Chris and Dakota are really on the way to march down the aisle as there is no news about their engagement, and Dakota is not even sporting a ring on her finger.