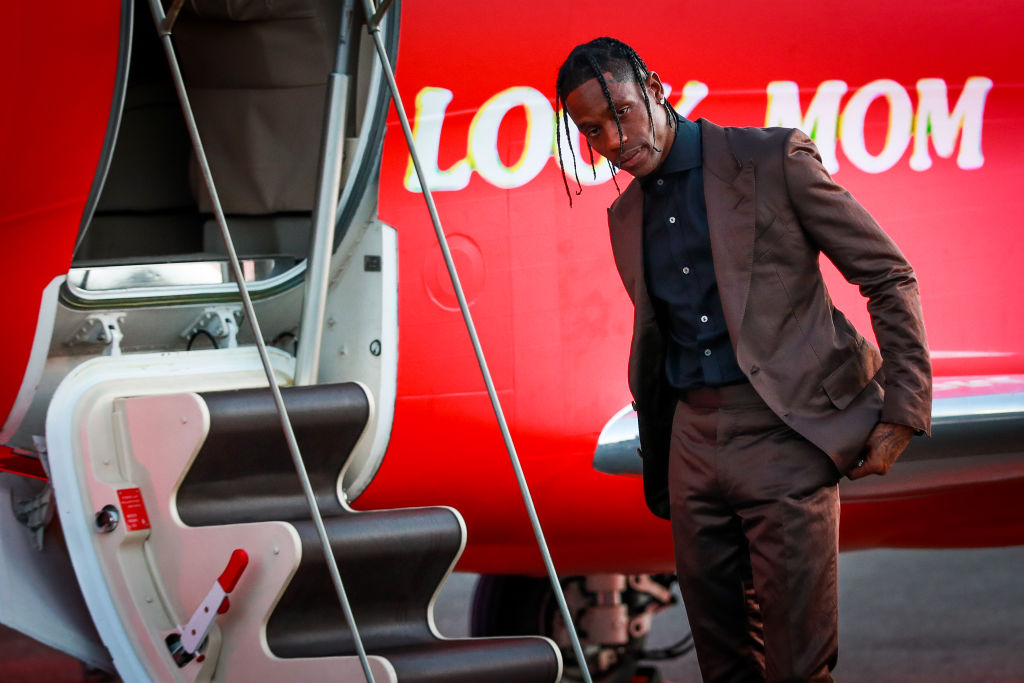 Aside from his dope rap music, Travis Scott is about to launch another epic collaboration. But this time, it is not from a fellow artist, but with fast food giant, McDonald's.

On Thursday, McDonald's announced their partnership with Travis Scott, which involves one of their best-selling meal named after the 28-year-old rapper. This collaboration is huge as Travis is the second celebrity to get this special McDonald's menu, next to Michael Jordan's "McJordan" launched 30 years ago.

According to the statement made by the fast food giant, they will be partnering with Travis and his record label, Cactus Jack, for a month-long promotion. McDonald's decided to name their iconic Quarter Pounder with Cheese to the rapper as it is his all-time favorite in the store. The meal will be called "Travis Scott Meal," and will be available starting next Tuesday until October 4, 2020.

"Everyone has a favorite McDonald's meal, no matter who you are," McDonald's U.S. Chief Marketing Officer Morgan Flatley said in a statement.

"We're excited to bring the Travis Scott Meal to a McDonald's near you starting next week," Flatley added.

The meal includes a Quarter Pounder with cheese, bacon, and lettuce, medium fries with BBQ dipping sauce, and a Sprite, all for $6. According to McDonald's, this combo is Travis' favorite meal while growing up in Houston.

On Wednesday, McDonald's dropped a hint about the collaboration by posting a cactus and burger emoji on their official Twitter page. The "SICKO MODE" rapper reposted the said Tweet, confirming the exciting news.

"CACTUS JACK FOR MCDONALD'S," Travis wrote, alongside a fries art of his iconic logo.

In a statement, Travis Scott said he is excited to see the Cactus Jack and McDonald's collaboration to happen.

"We are bringing together two iconic worlds," he said.

Aside from the Travis Scott meal, McDonald's also announced that the Cactus Jack music label design a customized t-shirt that employees would wear during the promotion period.

McDonald's said that they are also "exploring opportunities to support charitable organizations during the monthlong program."

Flatley told "Business Insider" that the idea of teaming up with Travis Scott started last year as they are aware that the rapper is a huge fan of the food chain.

"Then you couple that with his huge followership and his fans, social-media footprint, and ... 3 billion streams. He just has an incredible audience," he added.

While the partnership with the "TKN" rapper initially sparked controversy from some franchisee having issues with Travis' explicit rap lyrics that may not suit McDonald's family-friendly image, the collaboration pushed through in the hopes to tap the younger generation.

The big question now would be, will the rapper's ex and mother of his child, Kylie Jenner take a bite on the Travis Scott meal? Well, as of writing, Kylie has yet to express public support to her baby daddy.