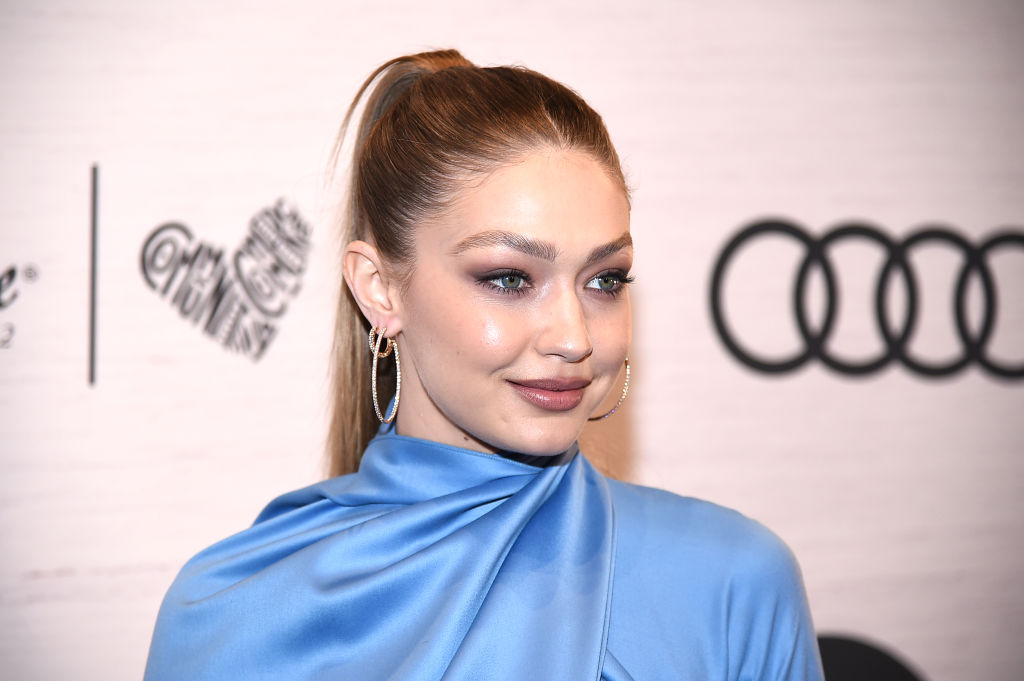 Supermodel Gigi Hadid is just a few weeks away from her expected due date.

The 25-year-old is expecting her first child with former One Direction star, Zayn Malik, and they're both so excited to become first-time parents starting mid-September.

Gigi Hadid, whose real name is Jelena Noura Hadid, has surprised the world with her pregnancy. With just a few weeks away from popping the baby, she has shared one specific food that her pregnancy got her craving.

The half Jordanian and half Dutch-American A-lister laughed on Twitter, revealing that she has been consistently ordering from Sprinkles Bakery in America, getting the delivered across the country to her front door.

Gigi tweeted, "Pregnancy is real when u order nationally shipped @sprinkles to be delivered to yourself."

Telling her 67 million followers, she asked the official Sprinkles account, "@sprinkles do I have to defrost the whole box right when I get it or can I defrost the cupcakes one by one to make them last longer?"

The NY-based baking brand unveiled its national shipping service since July, and customers are required to wait for one to two hours before their cupcakes thaw from their "commercial flash-freezing process to lock in freshness."

One Twitter user asked Gigi, "What other cravings have you had?"

At 34 weeks, Gigi Hadid's fast food fix is In-N-Out burger, who even tweeted in August, "I think I dreamt about in n out last night :( love u miss u."

In her pregnancy duration, the model has also shared her love for veggie sushi rolls, cinnamon pastries, and fruits that were freshly picked from her own garden at their ranch.

The 5-foot-10-inches babe has been quiet for most of the time on social media, explaining to her followers how strange it is to be pregnant in the middle of a pandemic.

"A lot of people are confused by why I am not sharing more, but I am pregnant through a pandemic."

She added, "Obviously, my pregnancy is not the most important thing in the world. That's the reason I've felt it's not something I need to share apart from my family and friends."

Gigi mentioned the COVID-19, and people losing their jobs, and the Black Lives Matter movement and thought "that our presence on social media should be used for that."

Gigi Hadid and her half-Pakistani, half-English beau were spotted driving to their $5 million apartment in Manhattan's NoHo neighborhood in early August.

According to a source who spoke to E! News, Zayn Malik and Gigi Hadid have been loving future parents' experience that they have been reading parenting books, planning their nursery, and picking out items for the baby.

"Things are going smoothly, and they are closer as a couple more than ever."

They first got together in 2015 and then split in November of 2018, just before rekindling their on-again, off-again romance in December 2019.

READ MORE: Kylie Jenner Dating After Travis Scott Breakup? 3 Reasons Why She Should Move On!