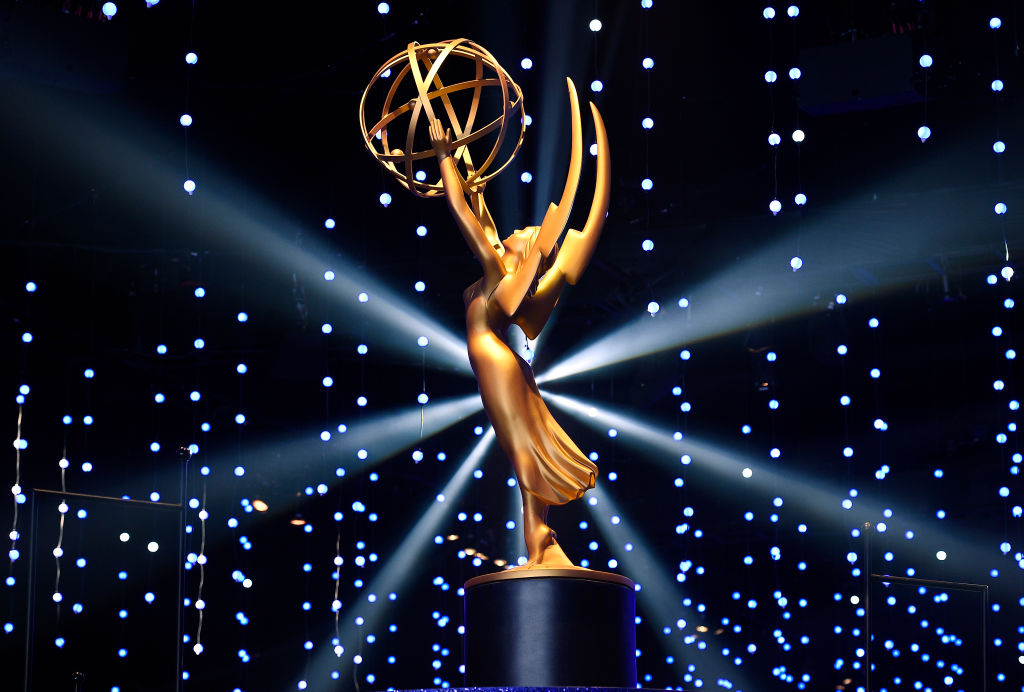 The 72nd Emmy Award is all set despite the global pandemic.

Set to be hoisted by Jimmy Kimmel, the Emmys 2020 will be held at the Staples Center on September 20.

However, for the first time in history, there will be no live audience or the usual red carpet to observe the current coronavirus protocol.

Executive producers Reginald Hudlin and Ian Stewart previously revealed to Variety that their team had crafted an "ambitious plan" to adapt to the new setup, which requires tons of cameras stationed at every nominee's location. At the same time, Staples will serve as their control room.

"So we're going to take cameras to where they are. And the number of feeds that that requires is so massive that we need a facility like the Staples Center, which is used to having that much signal from reporters covering sports to handle the kind of in and outputs that it requires," Hudlin said.

Furthermore, producers also required all nominees to send their pre-taped acceptance speech, but then again, only the winner's speech will air.

With the production wholly prepared for the ceremony, it appears that social media and the public are thrilled for the upcoming 72nd Emmy Awards.

Nominees for the Best Drama Series

Multiple media outlets have made their Emmys 2020 prediction for various categories, from the best shows in each genre to the best actors and actresses.

Interestingly, the drama category has the tightest competition, as eight shows are battling for the coveted title for this year's best drama series.

This nominees for the award include the Vince Gilligan and Peter Gould-directed show "Better Call Saul, the dystopian tragedy web television series based on the 1985 novel by Canadian author Margaret Atwood's "The Handmaid's Tale," the British black comedy-drama spy thriller "Killing Eve," and British historical drama "The Crown."

"The Mandalorian," "Ozark," "Stranger Things" and satirical comedy-drama "Succession" round out the best eight.

Last year, "Game of Thrones" took home the top prize for Outstanding Drama Series, It was one of the four other awards the show one, including best supporting actor and casting for drama series.

Although "The Handmaid's Tale" had already won the same category back in 2017, our Emmys 2020 prediction for best drama award is head-to-head between "Succession" and "The Crown."

Why "The Crown" Deserves the Best Drama Series Award

Interestingly, the period drama series is poised to follow in the footsteps of HBO's fantasy drama series for the 72nd Emmy Awards.

On its third season, "The Crown" maintained a powerhouse cast starting with Olivia Coleman. She replaced Claire Foy as Queen Elizabeth II, while Matt Smith's role as Prince Philip was taken by renowned stage and film actor Tobias Menzies.

Both Coleman and Menzies received tons of recognition for their portrayal of the two senior royals.

Aside from this, the cast also includes Oscar nominee Helena Bonham Carter, who played the role of Princess Margaret, and BAFTA nominee Josh O'Connor as Prince Charles.

Aside from the star-studded cast, the latest historical drama season pulled off several ambitious scenes, especially in the episode "Aberfan."

The series captured the awful tragedy and grief behind the horrific incident in the Welsh village in 1966, which killed 144 people -- most of the victims were children.

If it's drama and everything. the acting and scenes based on true story in "The Crown" makes it truly deserving for the best drama award.

READ MORE: The Truth Why Chrissy Teigen Got Botox While Pregnant -- Revealed