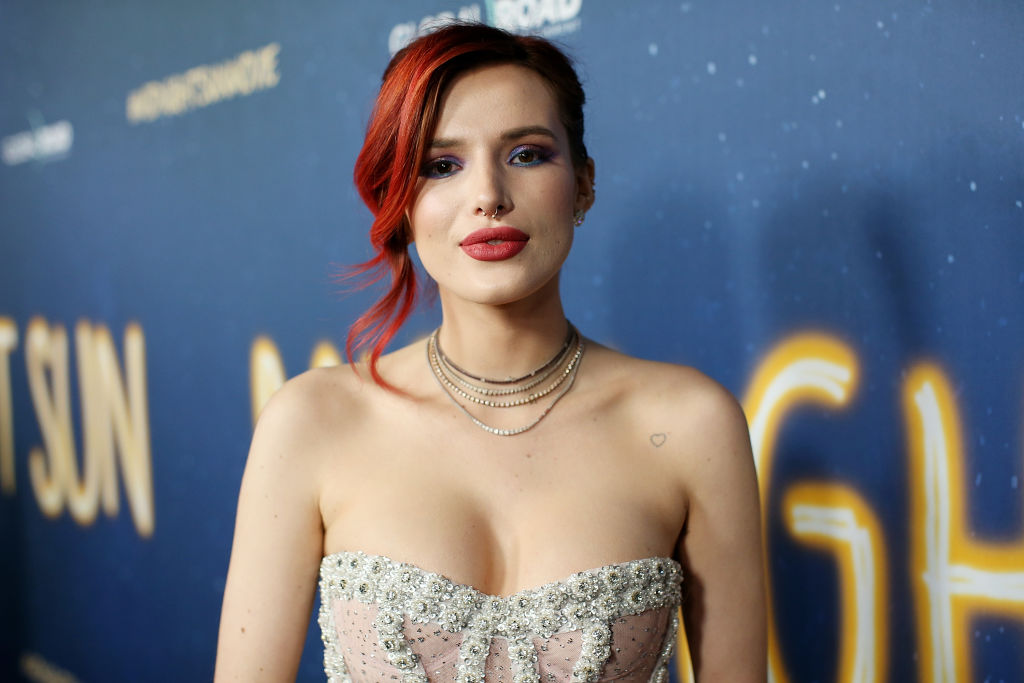 Bella Thorne faced a wave of backlash after cashing checks from her OnlyFans account.

The former Disney star joined the London-based adult site last August 19 and reportedly made a whopping $1 million in just 24 hours.

The record-breaking achievement from the x-rated platform was brought by thousands and thousands of subscribers who paid $20 on a monthly subscription fee.

Interestingly, the 22-year-old actress made a staggering $2 million in less than a week, which then caused outrage from other content creators accusing Thorne of "stealing" their income.

On the other hand, other subscribers called her a "scammer" after claiming that the "Infamous" actress charged them $200 for a sexy thirst trap photo instead of a "nude" one that she advertised.

This has prompted the platform to put a limit on how much users could charge their followers.

As a result, more creators and sex workers criticized Thorne, fearing that the new policy could negatively impact their revenue streams.

The "Midnight Sun" actress immediately took to Twitter to apologize and break her silence regarding the issue.

However, prior to joining OnlyFans, the Disney alum is already no stranger when it comes to posting provocative and lewd photos on social media.

Bella Thorne's Instagram is mostly filled with bikini and topless photos while leaving little to the imagination.

During their luxurious trip to Punta Ballena in the famous Cabo San Lucas, Mexico, the actress wore a red gingham print top and a matchy highrise bikini while flaunting her long legs.

The Florida native looked like a 50s pin-up girl with a pearl necklace and red sunglasses to match her two-piece.

"Take me back," she captioned her photo.

Bella Thorne's Instagram drove her 23.8 million followers crazy after she posted a photo of herself topless.

With her hair in braids and wearing only silver accessories and a pearl necklace, she covered her ample bosom with her arm.

The said photo grained 1 million likes and more than 4,000 comments with mostly fire and hearts emojis.

The 22-year-old former Disney star, whose claim to fame is her role as CeCe Jones in the 2010 TV show "Shake It Up," is not only an actress, model, singer, and director but also a writer.

Bella Thorne Spoke About Her Insecurities and Being Molested

In August 2019, Thorne took to social media to post a teaser from her book "The Life of a Wannabe Mogul."

Bella Thorne's Instagram had a provocative photo with a very emotional caption.

In a lengthy post, she opened up about her insecurities and being a victim of rape. She began her statement by asking herself about her flaws and seeking validation from others.

In the end, she pointed out that she doesn't blame "anyone" or her childhood for "what's happening to me right now," as she learned to love herself before loving someone else.