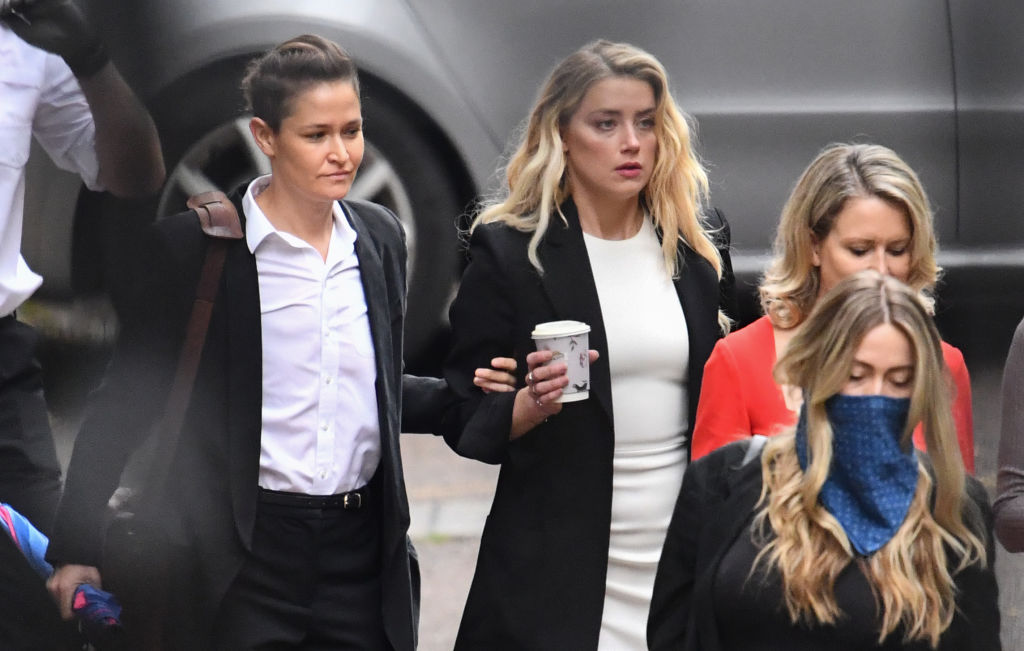 After Johnny Depp and Amber Heard ended their brief and ugly marriage life, the actress found a new love in Bianca Butti. However, something is off.

Amid the heightened quarantine period in the country, Heard made noise after news about her being in a relationship with Butti emerged. People magazine first reported that the actress started dating the cinematographer "in the past few months" while she was in an on-going legal battle with Depp.

Although nobody can tell when exactly their relationship began, Amber Heard's girlfriend caught the paparazzi's eyes on March 6.

During that time, witnesses saw the couple arriving at the LAX in Los Angeles, California. As seen in the photographs, they were walking inside the airport hand in hand.

They were also photographed together when they attended the Vanity Fair and Saint Lauren's pre-Oscars party -- during which they stayed snuggly throughout the night. E! News reported that the actress introduced Butti to a friend after chatting with other guests, saying "This is Bianca, my new girlfriend."

However, while it seemed to be good news for the "Aquaman" star's supporters, Amber Heard's girlfriend stirred criticisms and questions after several people noticed that Butti can be mistook for Johnny Depp.

In the exclusive photographs published by The Daily Mail, Butti was seen sporting a Depp-vibe outfit: starting from a grey hat, black bomber jacket, and dark-colored jeans. She even matched with Heard, who wore a tan coat, white blouse, black skirt and knee-high black leather boots.

Because of Butti's photos, fans of the 57-year-old "Pirates of the Caribbean" actor expressed how "sickening" it was to see how Heard tries hard to make her girlfriend look like her ex-husband.

This caused the whole internet to dub it as the "creepiest sh*t" ever," especially since it did not only happen once.

Despite getting called a "Johnny Depp" look-alike, it is worth mentioning that Amber Heard's girlfriend has established her own name in Hollywood.

With that said, Butti is not ypour normal cinematographer.

What Amber Heard's Girlfriend Does in Life

Butti is not just Heard's girlfriend -- she is also a great woman herself.

She already worked in numerous films and series, including "Love & Hip Hop" and "Love & Hip Hop: Atlanta." But out of all the projects she made, she was renowned for her works on "Hank and Asia" as an actress and as the writer and director of "Proprietor."

Amber Heard's girlfriend did all these while battling with breast cancer. Butti first received her diagnosis in 2015 at the age of 34. Per a GoFundMe page set up on her behalf, she has already underwent surgery and several chemotherapy sessions. However, a few years after she was declared cancer-free, she was diagnosed again in March 2019.

Despite all that, she continues to work in the film industry. She currently has two projects in post-production this year: "Measure of Revenge" and "The Uncanny."