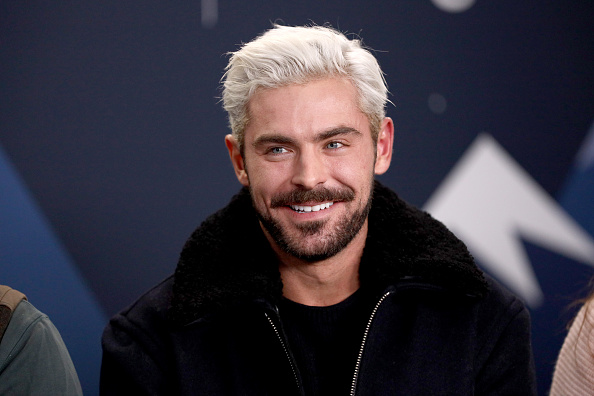 It has only been a few days since it was discovered that Zac Efron has an Australian girlfriend, and there's already trouble in paradise.

A source spotted the couple and told The Daily Mail that Zac and her new babe, Vanessa Valladares, were engaged in a heated argument at a café.

The onlooker reportedly overheard the two having a conversation about their future together.

The 32-year-old former Disney alum is due to return to the US to start filming on his next project, and as per the source, Vanessa may not be able to go with him because of the coronavirus travel restrictions.

"They were first talking about how they enjoyed their trip to Thredbo. Zac then mentioned having to travel back to America eventually for work commitments, although he wasn't sure when he would have to go back."

They added, "It sounded like there was a little bit of stress and tension between them over the fact that his girlfriend may not be able to go with him due to the strict border rules."

Zac Efron currently has two movies in pre-production, including the remake of the classic series, "Three Men and a Baby."

"They mentioned that once Zac leaves, he won't be allowed back into Australia because he's not a citizen, but his girlfriend also isn't allowed to travel to America so they'd effectively be separated until COVID-19 restrictions are eased."

The source further said that the couple seems to have been more worried about the number of coronavirus cases in the US than in Australia.

Real life rom-com. This is Vanessa Valladares, she’s not an actress or model. She was working as a server at a Byron Bay cafe where she met Zac Efron. She’s now his live-in girlfriend, and has quit her job at the cafe. pic.twitter.com/is0BX6LNrE — Mike Sington (@MikeSington) September 8, 2020

Early this week, WHO magazine reported that the "Bay Watch" actor was introduced to the 25-year-old Byron Bay local through her boss at the café where she works as a waitress.

Vanessa worked at the Byron Bay General Store café and the Light Years restaurant when they met in July.

A source told WHO, "Her boss introduced them. Lucky girl."

Another insider told People magazine that the pair are just "having fun" at the moment, but not closing their doors to a possibility of a "serious relationship."

"Zac met Ness earlier in the summer. You can tell that they are having fun. She spends a lot of time at this house."

Though they spend time together in Byron Bay, they also went to New South Wales' Snowy Mountains at the Thredbo ski resort.

Though they were linked back in June, it was only recently that Zac Efron's girlfriend identity is revealed and their PDA overload.

"Zac and Vanessa are perfect for each other. Things moved quickly, and Vanessa spends most nights at Zac's house. They are both very smitten with each other."

As evidence of Vanessa's Instagram, she seems to have a balance of active and calm.

An insider told Us Weekly that Vanessa has calmed down the A-list actor and has stopped partying.

In 2016, Zac Efron opened up about his partying lifestyle and sobriety journey, speaking to ELLE magazine, "What I found is structure. That led me to the balance of opposites. You get out of life what you put in."