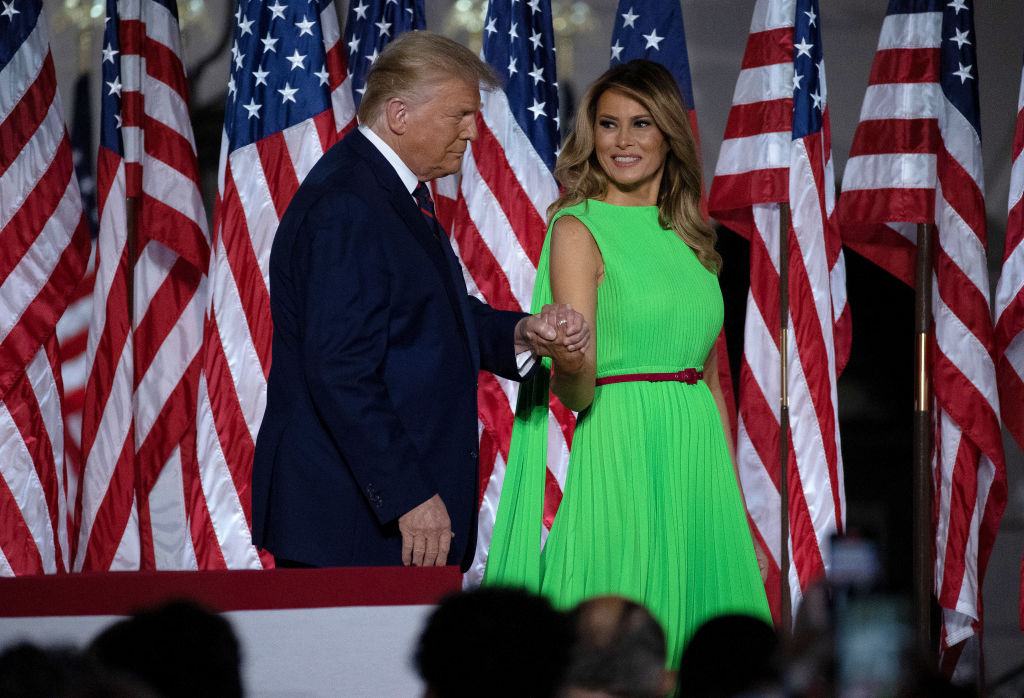 People who are wondering why Donald Trump seems to not love his wife Melania Trump now have their answer. According to the first lady's former best friend, their union is a loveless marriage anyway.

Melania Trump's ex-BFF Stephanie Winston Wolkoff did not hide her true thoughts about what she thinks of the President. She expressed her belief that the POTUS is merely using Melania and their marriage for show -- or just business.

Speaking with BBC, Wolkoff called the union between Melania and Donald as a "made for TV' moment. She even described the whole thing as "transactional."

Trump benefits from Melania by having her as "arm candy." Considering Melania was a model, she certainly got the looks and body to be shown off. Unfortunately, Wolkoff thinks the current U.S. President is doing just that and nothing else.

"I do believe it's a transactional marriage. Donald got arm candy," she explained.  "Melania got two dynamic decades. She was a young model; she didn't have success yet. She met Donald, she married, she became an American citizen, they had a son and ten years after that, she's the first lady of the United States. I do believe it was a magic moment, and I also believe it was a made-for-TV moment."

Wolkoff just penned a book detailing her friendship with Melania titled "Melania and Me." It was published on September 1.

The book gained a following, but it is speculated to have angered the first lady. Two days after the book's publication, Melania took to Twitter to call out people focusing on "delusional and malicious gossip" when they should be addressing the more important problems.

While she can be pertaining to so many things -- after all, her husband is one of the most controversial figures today -- others associated the tweet with the book.

In the tweet, Melania shared what she would be busy with in that afternoon and then wrote, "I encourage the media to focus & report on the nation's drug crisis, not on delusional & malicious gossip."

Wolkoff's claims are hardly that surprising because that is how Donald and Melania are perceived for years anyway, more so when news of how the U.S. Presdient can be uncaring of her (even in public) breaks out. People also compare them a lot to Barack and Michelle Obama to show how vastly different their relationships are.

While the ex-President always comes off as Michelle's devoting and caring partner, and vice versa, Trump is often painted as the dominant one in the relationship and that Melania is not a partner in the truest sense of the word. Book or no book, people have for years been hinting that Melania is merely one of Trump's properties.

Or it is people who are too judgmental, who knows?

Even if the FLOTUS' twitter account is always active about issues the government is looking at, it rarely gains traction compared to Michelle's account in the past and even in the present.