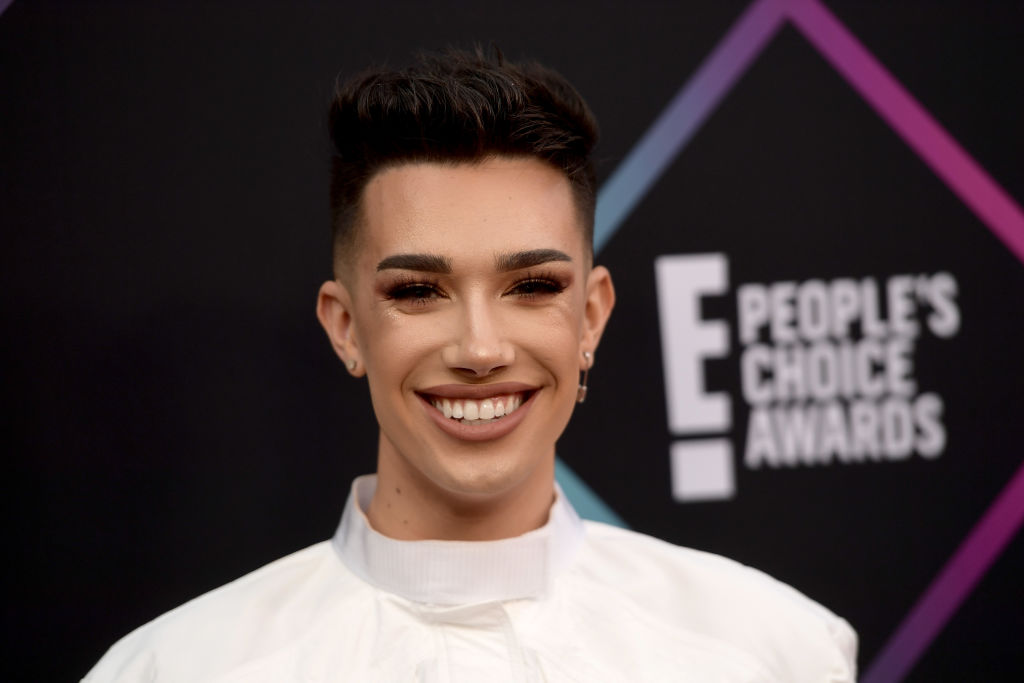 Before TikTok stars dominated social media, James Charles was one of the fastest rising stars in the YouTube community.

He first started doing creative makeups over Instagram, which he called "Looks Inspired By," before transitioning to the online video-sharing platform as fans asked him to create full-length video tutorials on how to achieve a specific look.

In 2016, he received one of his many achievements after being named the first male spokesperson of the cosmetic brand, Covergirl.

During his previous interview with Allure, the "aspiring makeup artist" -- which he called himself during that time -- shared that being Covergirl's brand ambassador was "the coolest thing" that has ever happened to him.

"It's such a huge honor to be working with one of the most iconic beauty brands in history, alongside huge icons such as Katy Perry. It's groundbreaking, and I cannot wait to see what else comes from it. This year is going to be amazing," Charles said.

Now, with over hundreds of videos varying from makeup reviews, viral challenges and makeovers, he is considered one of the most successful creators and biggest beauty influencers with more than 21.7 million Youtube subscribers and 21.3 million Instagram followers.

According to multiple reports, his estimated views per video is between 3 to 5 million.

Charles is one of the most-followed YouTubers in the world, which means more collaborations and sponsorship from lucrative brands for him.

With that said, James Charles' net worth is estimated to be $22 million, per Celebrity Net Worth.

In addition to his high-profile deals, the YouTube star has a contract with renowned Los Angeles-based makeup brand Morphe, amounting to millions of dollars." The said deal a big chunk to his overall value..

Launched in 2018, the first James Charles x Morphe Artistry Palette -- which retails around $39 -- was sold out in less than 10 minutes as fans had difficulty purchasing the item from the official Morphe website.

"[Charles'] Morphe deal, alone, we know is over a million dollars," CEO of Marketing Nutz Pam Moore told Newsweek. "James is in the media right now and there's going to be plenty of people asking 'What's Morphe?' I would be very interested in seeing what their sales look like right now."

Aside from the said deals and partnerships, the 21-year-old beauty guru has appeared in several TV guestings such as "The Ellen DeGeneres Show. He also did the makeup of Australian rapper Iggy Azalea for her 2019 music video "Sally Walker."

James Charles' net worth is also boosted by his merch line, which he calls "Sister apparel." The brand offers a variation of sweat pants, hoodies, T-shirts and accessories.

One of the crowd favorites is his Rainbow Pride Collection, which consists of fans, hats, hoodies, swimsuits and T-shirts -- basically all you need for the pride march.