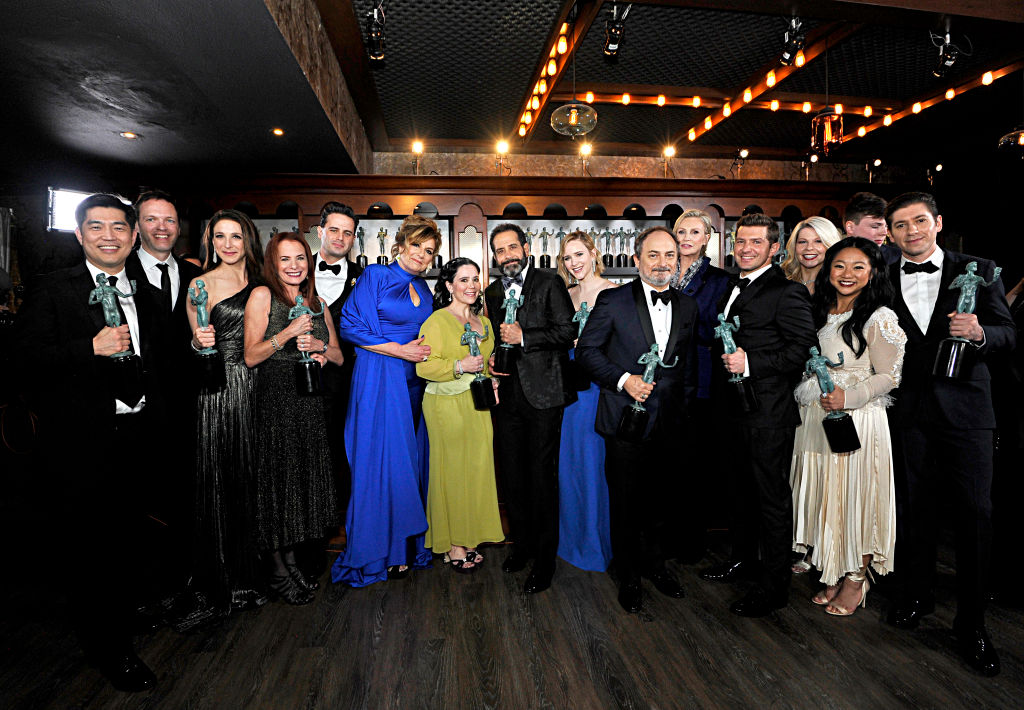 It's personally harder to judge comedies than any other genre. Naturally, the one that made us laugh and think at the same time is likely to leave an impression. But how do you measure laughter? How do you measure thoughts? If a comedy pushes for one message and you like it, does that mean it is better than the message sent out by the other?

With that said, here at Enstarz, we made our Emmys 2020 prediction for best comedy series not just based on how the show affected us, but on many secret factors -- including, but not limited to, how great of an impact it has on society and how great the acting was.

Considering that, below are at three reasons "The Marvelous Mrs. Maisel" deserves the Emmys 2020 for Outstanding Comedy Series.

The Characters Are HILARIOUS

Brosnahan's character, Midge, is a gem. Midge is a beautiful young mother of two. A housewife-turned-comedian, she can certainly deliver her punchlines like no other. Brosnahan just played the role to a T, and we are hard-pressed to think who can be a better fit.

If you love Midge though, you're likely to think her parents are a hoot. Rose and Abe Weissman, Midge's parents, can make anyone laugh with their antics, especially when they gang up a bit on their daughter. They are just plain hilarious.

The Costumes Are PHENOMENAL.

Again, the costumes are just phenomenal. We have to reiterate that, which speaks volume how impressed we are about it.

"The Marvelous Mrs. Maisel" is truly something when it comes to wardrobe. You just know a lot of hard work was put into them. The attention to details is quite mind-boggling. The characters carried them so well, too. Even though Midge's dresses are a tad too colorful, they certainly fit her bright, crazy funny character.

Women in dresses do not have to be necessarily docile, this series shows that. The nice dresses actually add to the comedic quality of the film.

The Script is GOLD - Even Funnier than the Stand-up Scenes

While Midge's jokes as a stand-up comedian always feel like a gift that keeps on giving, watching her navigate her life is funnier. Her life feels like a one big punchline, but she does not let herself to be a big joke. It's empowering to watch her actually, even as we laugh ... and laugh some more.

The writing is quite impeccable in this show. But that is no surprise because the woman behind it is the same woman who brought to us the well-loved "Gilmore Girls" series. Amy Sherman-Palladino has long mastered the craft of making people love a story and appreciate a comedy.

Back in 2017, she won under the categories of comedy writing and directing, both for "Mrs. Maisel." She's the first ever woman to do so in those categories, mind you.

If you think women cannot be funny, this show is designed to change your mind. Actually, it does not care about changing anyone's mind, which makes it even more precious. Women can be funny, period. And they can go through their drama of their lives and come back laughing even louder. Whether you believe it or not.

While the other nominees in the comedy series category are outstanding in their own right, it's just hard not to give the nod to "The Marvelous Mrs. Maisel" here in our Emmys 2020 prediction.