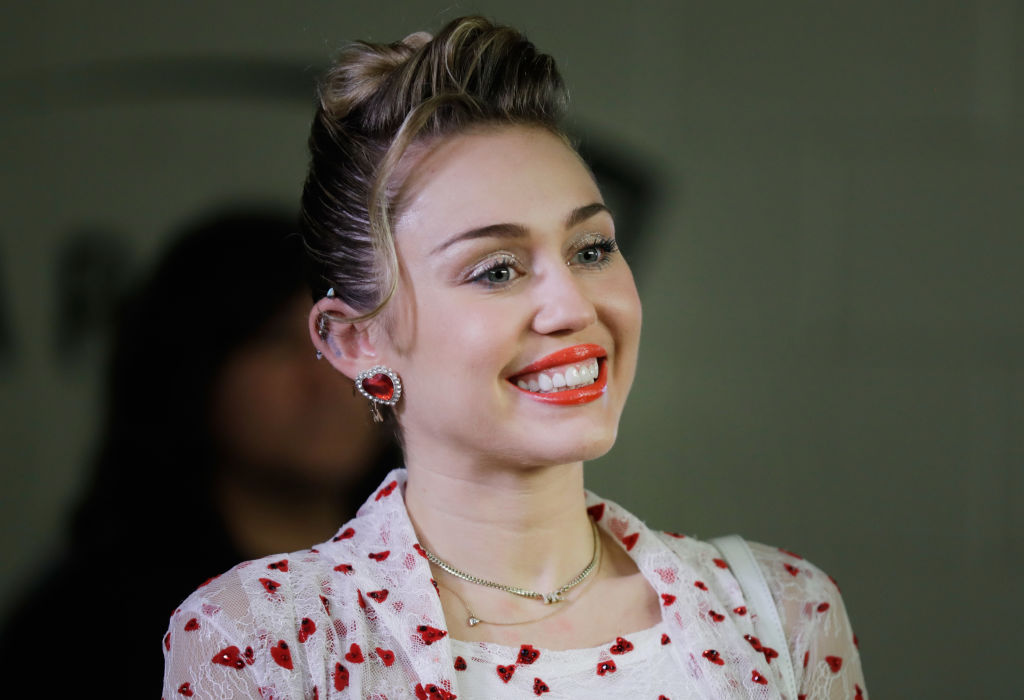 Miley Cyrus is known to always go off the rails after split from her men, making her the talk of the town once again.

Her new song "Midnight Sky," which was supposedly dedicated to ex-husband Liam Hemsworth.

At the MTV Video Music Awards on August 30, Miley Cyrus stripped down to an almost nude look - black underwear and suggestively riding a massive disco ball.

It was undoubtedly a clear throwback to her 2013 post-Liam life when they broke up. Who could ever forget the breakup anthem "Wrecking Ball?"

The Disney alum's behavior sparked concern once more because, according to an In Touch source, the 27-year-old is not only dealing with her 2019 divorce from her former husband, he's also struggling to come to terms with her breakup from Australian hunk Cody Simpson.

"The breakup with Cody hit her hard, almost as hard as she split from Liam."

"She's started to spiral again and revert to her old, wild ways. There are fears she's going off the rails."

Friends of the "Hannah Montana" star don't want her to go back to a dark place, following her 2019 vocal cord surgery and sobriety.

While Cyrus is said to be making the most of her time being single, a source close to the Hollywood star saw her and said she looked exhausted, as if she hasn't showered in days.

"Her hair was a mess, and her makeup was still on from the night before."

Miley Cyrus' almost nude photos on Instagram are also sparking concerns for her friends, a common theme during a difficult period in her life several years ago.

"She says she's happy to be free again, but I think Cody helped her stay grounded. So did Liam."

"Despite what she tells friends and says in her songs, I don't think she's very good at being single."

Even though Cyrus' habits are wild after breakups, she uses her voice to passionately talk about the importance of voting in the next United States presidential election.

Speaking on the Australian radio show "Nova 96.9's Fitzy & Wippa Breakfast Show," she shared that she has never experienced an election that is "important in my life."

"I can't express the importance enough, especially if young people getting out there and being active and making sure that their friends, their family are voting and have the information about whether it's mailing in, about the state of our country right now."

The "Black Mirror" star further said that it's essential to get out and make changes and find someone fit to be running the country.

When she was asked what if current president Donald Trump would win another term, the singer-actress explained that it's time for the younger generation to take charge and "advocate tirelessly finally."

She thinks that the US has already hit rock bottom, calling these problematic times "desperate times."

"I don't believe in 'don't worry and be happy.' I believe that worry is healthy. I think in realism and not saying everything is going to be okay."