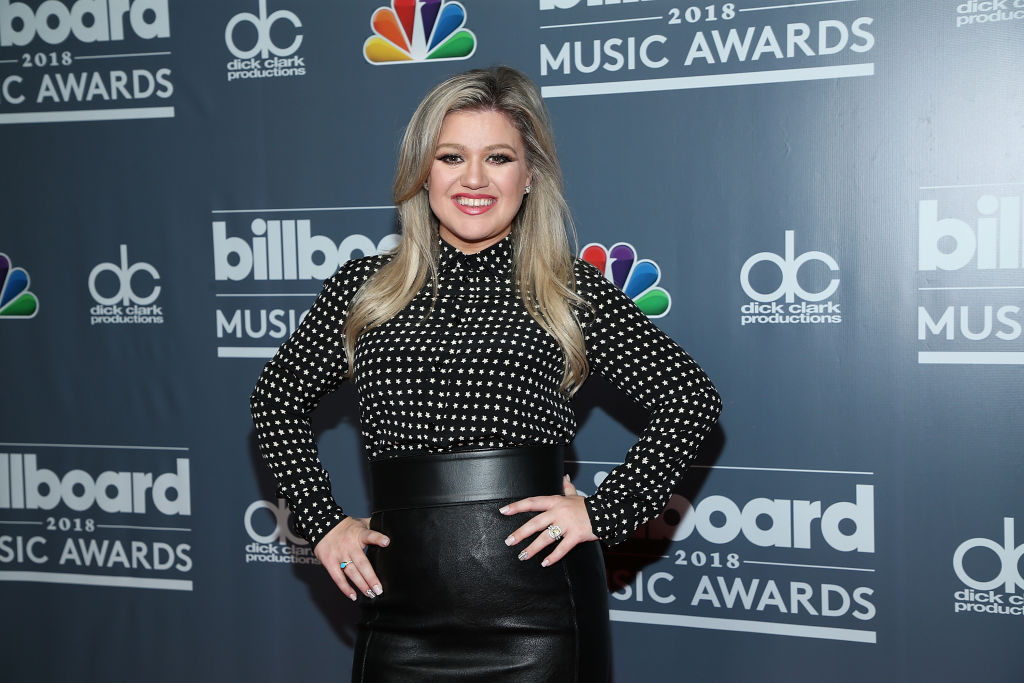 "American Idol" winner Kelly Clarkson is known for being an outspoken woman. However, there's one topic she steers clear from, and that is her ongoing divorce.

Speaking to the Los Angeles Times, the singer-host reveals, "I am a very open person, but I'm not going to be able to be truly open about this in certain aspects because there are kids involved."

She continues, "But my children and his older children - there are a lot of little hearts involved in this and while people feel, 'Oh my gosh, what a loss.' Imagine how it is in the epicenter of the storm."

"It's a lot to process and deal with, just as a family. So because it's not just me, I probably won't go too deep with it."

However, Kelly Clarkson doesn't feel like keeping quiet about her divorce forever. She thinks it would be okay to open about it honestly and talk about it in her hit show, "The Kelly Clarkson Show."

Moreover, the "Breakaway" hitmaker assumes that it will "organically happen," like when a guest of hers says something about it or similar in a conversation but "definitely wouldn't be planned."

Thankfully, Clarkson has an outlet to work through her feelings during her entire divorce process, saying she has always been lucky even from her childhood.

And thanks to her mom, she learned to express her emotions at a very young age, which eventually led to her starting to write all about it.

"So that's me expressing it. I usually leave it in the songs, and that's usually my therapy."

In a report by OK! Magazine, though Kelly Clarkson and Brandon Blackstock's divorce seems to be going smoothly, an insider told the magazine that they are now arguing over their two kids' schedules.

"It's almost impossible to plan their drop-offs because there's no consistency to either of their schedules."

On top of the 38-year-old's hosting duties and working on her album, Kelly Clarkson is also temporarily filling infor Simon Cowell on "America's Got Talent."

Her ex-husband, on the other hand, is splitting his time between Nashville and Los Angeles.

The insider added, "They're exhausted from trying to work this out every week and would both prefer a more regimented timetable."

In June, Kelly Clarkson filed for divorce from Brandon Blackstock. According to reports, the hectic schedule was the reason behind it. After seven years of marriage, divorce papers said they filed for divorce due to "irreconcilable differences."

Following news of her divorce, it has been reported that Clarkson has been spending a lot of quality time with her kids in Los Angeles.

She is reportedly keen to make her children a priority in the middle of her divorce and keep their communication open between herself and Blackstock's kids from another marriage.

An insider revealed, "She's always thought of Seth and Savannah as her own too, and she has a special relationship with both of them. Kelly wants to remain close to her step-kids."

Us Weekly also reported that she has been leaning on her fellow "Voice" coach country superstar Blake Shelton for moral support during this difficult time. Shelton went through his divorce in 2015 from country singer Miranda Lambert.