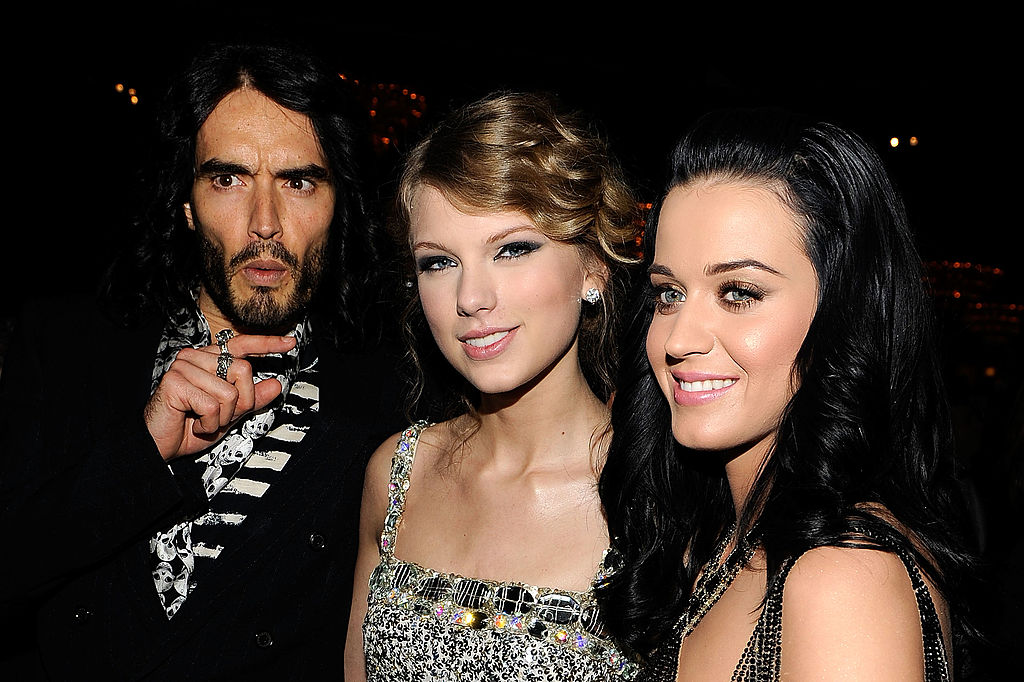 Taylor Swift and Katy Perry ended their feud two years ago. But for those who are still doubting whether this is for real and for good, Swift made sure their doubts are all out to the rest.

Taylor Swift and Katy Perry somehow got into a feud that nobody now remembers since they already patched up in 2018. A sign that feud can sometimes start out of nothing anyway, so if they end, then people can put it into rest. Swift made sure that they now NEVER speak of it.

Swift is so happy about Katy Perry becoming a new mom and adores baby Daisy so much that she sent over a peach satin blanket as a gift. It has "Baby Bloom" embroidered" on the front.

A handwritten note from the singer, 30, addressed to, "Katy, Orlando, and little one."

Katy Perry loved it to boot, even getting emotional in her thank you message - proving once again that their feud has been forgiven and forgotten. The new mom said she hopes her kid would bring this blanket around as she grows up.

As a gesture of gratitude, she also tagged the location as "Steam Folklore." Doing so guarantees that her own followers would troop over and buy Taylor's latest album, was amazingly recorded in lockdown.

View this post on Instagram
Miss adores her hand embroidered blankie from miss @taylorswift hope it's one she drags around for years till it becomes an unrecognizable shred that she keeps in her pocket as a teenager ♥️ A post shared by KATY PERRY (@katyperry) on Sep 13, 2020 at 11:20pm PDT

The two had always been close since they broke out of the music scene. They did so almost at the same time and from 2007 to 2014, actually showed that they were chummy and affectionate - a fan of one another, nothing but mad love for each other like sisters.

In 2014 however, Taylor Swift released her "Bad Blood" music video with lyrics that made her wonder who she's grouching about. In an interview with Rolling Stone, Swift revealed that her song was about a female musical artist who she did not name, but tried to sabotage her tour by getting people among her staff, so she'd be shorthanded.

Early on, coincidence or not, someone from Taylor's staff detailed how they left her "Red" tour to be part of Perry's "Prism" tour.

According to Brownlie, the said dancer, who toured with Perry for her California Dreams world tour in 2011 and was even part of the singer's "Piece of Me" documentary, he and two more dancers left Swift's concert tour to be with the "Hot and Cold" singer. He did not say anything about being "stolen" from Swift, but said he was just closer to Perry. Moreover, he was not dancing much at Swift's concert anyway.

Naturally, people added two and two together and came up with the idea that Swift and Perry are in a feud.

"For years, I was never sure if we were friends or not," Swift relayed to the magazine. "She would come up to me at awards shows and say something and walk away, and I would think, 'Are we friends, or did she just give me the harshest insult of my life?' She did something so horrible. I was like, 'Oh, we're just straight-up enemies.' And it wasn't even about a guy! It had to do with business. She basically tried to sabotage an entire arena tour. She tried to hire a bunch of people out from under me." Swift detailed.

The multi-awarded singer said because she's non-confrontational, she just started to avoid the said artist she is in a feud with.

Glad to know that they patched things up, and real good too.