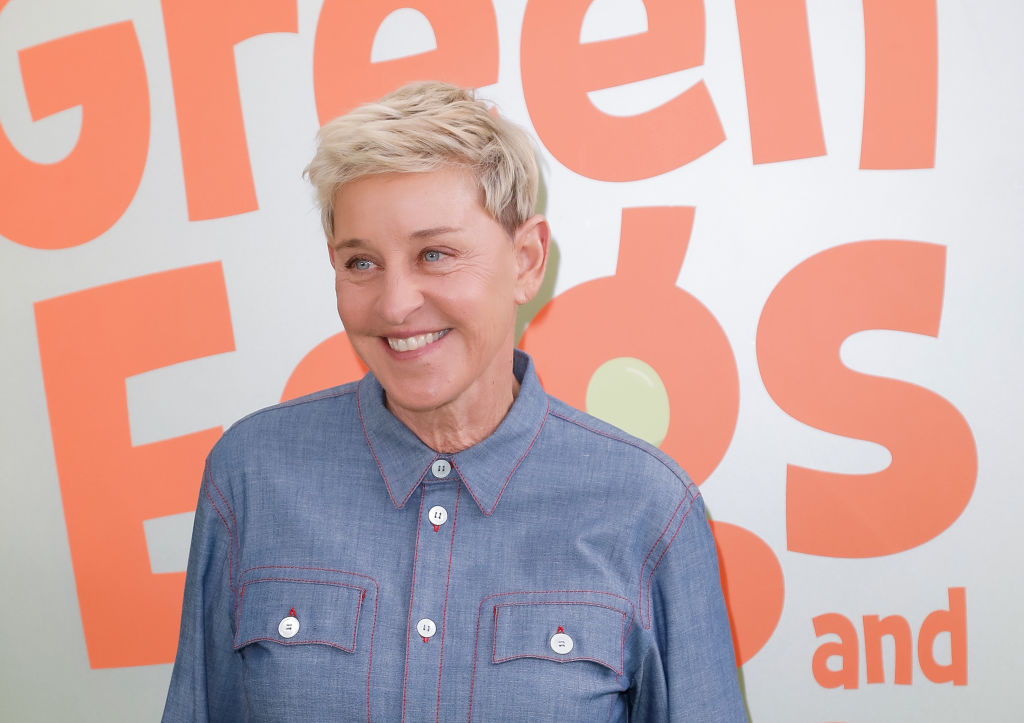 Ellen DeGeneres could suffer from another wave of backlash after one of her show's old clips displayed how bad of an inluence she can be.

DeGeneres has been in hot waters since the coronavirus pandemic after the shocking revelations made by her current and former employees. Staff of "The Ellen DeGeneres Show" also slammed the "toxic work environment" of the program, which they said has been highlighted with bullying and fear.

While several accounts are from employees, it seems like some A-list celebrities also experienced the same level of bullying and absurd treatment from DeGeneres -- including Britney Spears.

In an old video that recently resurfaced, the 62-year-old television host was seen forcing Spears to commit a crime while inside a shopping mall.

"One of the best things about hosting this show is that I get to bring joy and laughter to the world," DeGeneres said to mark the beginning of the segment. "But the second best thing is that it makes me very, very rich."

However, her ways to become rich are truly unpleasant and spiteful since she used Spears and her celebrity status to "freely steal" in a local mall. While it could only be a joke made for the segment, it sends the wrong message.

It also doesn't help Ellen's image during these trying times for her.

During the episode, DeGeneres took the 38-year-old "If You Seek Amy" hitmaker in public just to show off "what it feels like to be a celebrity."

Per DeGeneres, she wanted to take advantage of Britney's celebrity lifestyle. When they visited the Westfield Fashion Square Mall, unexpected things start to happen.

"I told her we could do whatever we wanted because we are famous. Here's what happened," Ellen said in the clip.

The first part of the segment showed the singer driving the car while DeGeneres pushed her to park illegally. According to the comedian, Spears can do anything since she is a huge celebrity.

"Just run the stop sign. Who cares. Just park right there. You need to take advantage of your celebrity status," Ellen said as she continued to provoke her.

Her mean orders continued when they entered the mall. She also forced Spears to go up in the wrong escalator. The Princess of Pop then followed the talk show host up in the escalator in her heels.

During that moment, Spears became visibly upset toward DeGeneres.

Furthermore, when the duo walked into the mall, they begin kicking a punching bag as Degeneres explained that they are only celebrities who need to take their anger out.

When they finally got up the escalator, Spears tried on a suit jacket.

"So, this will be a 100% discount because she's a celebrity?" DeGeneres recklessly asked the store's sales representative, to which the employee responds, "That will work."

When they walked out of the store, the security alarms began to ring, but Degeneres told her to keep walking.

In another part of the clip, Spears saw a cute bag, and DeGeneres encouraged her to steal it.

"Take it. You can have it. She's a celebrity, it's OK," Degeneres told the store employee. Although Spears started to worry about all those things, the host said it is okay since she is a celebrity.

Indeed, no one will be surprised anymore if this causes another commotion online again, especially when it also happened to Mariah Carey. To recall, people recently bombarded DeGeneres with criticisms after a 2008 clip showed how she bullied Carey to out her pregnancy.

With all these clips continuing to show up, DeGeneres will surely need a long time to regain people's trust -- or maybe she cannot anymore.