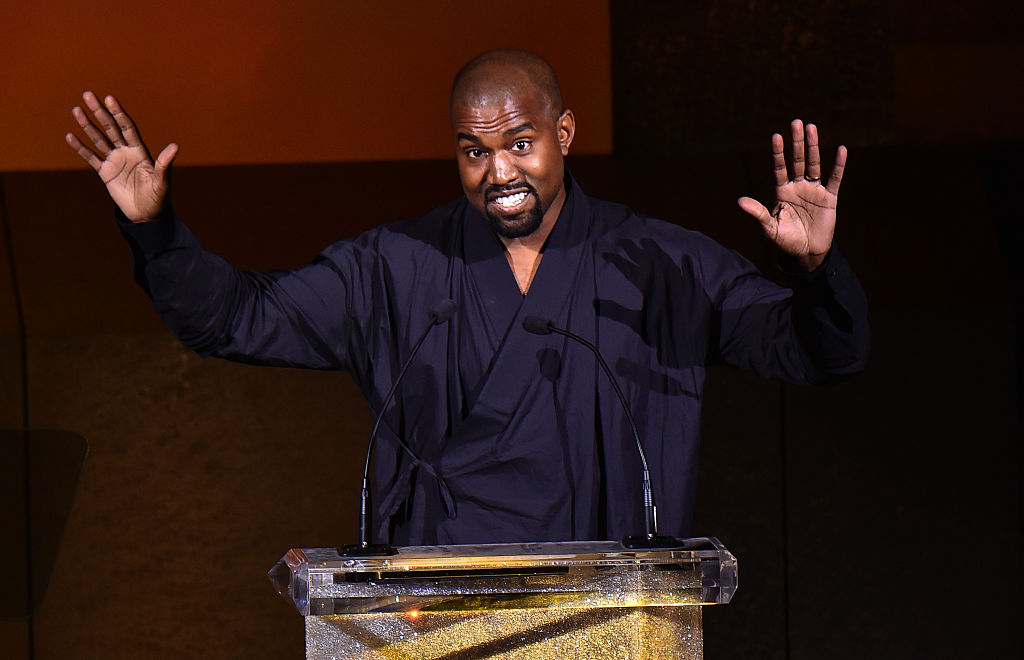 After failing to make it on Wisconsin's official ballot, Kanye West paused with his presidential campaign to address some issues on his music career and feud with fellow artists.

The 43-year-old rapper is back on social media, giving fans update on his original career as a music maker. In a series of Twitter posts, Kanye revealed his next step in the music industry, drop a hint to make amends with fellow artists Drake and J.Cole, and took a swipe on the National Basketball Association.

Kanye started by giving his fans some bad news as he revealed the follow-up album to 2019 "Jesus is King" a will not be out anytime soon. The rapper/ producer said he would not release music until he is done with his contracts with his current record company, Universal Music Group, and publisher, Sony/ ATV Music Publishing.

"I'm not putting no more music out till I'm done with my contract with Sony and Universal," Kanye wrote.

Kanye has been in a contract dispute with Universal after the rapper alleges the record company of not allowing him to retire in 2019. While both parties settled earlier this year, it looks like Kanye still hasn't decided on which agreement to choose.

Later on, he expressed wanting to see everybody's contact with Universal and Sony and claims that he will not let his people be enslaved.

"I'm putting my life on the line for my people," Kanye continued.

And in true Kanye West fashion, his Twitter rant did not end on his lash against his record company. He also took a shot to his former proteges, Drake and J.Cole. It could be recalled that both artists had a sour relationship with the "Famous" rapper after they seemingly dissed him in some of their songs.

But instead of making amends with Drake and J.Cole, Kanye demanded a public apology to both artists.

"I need a public apology from J Cole and Drake to start with immediately," Kanye wrote, before calling himself a "Nat Turner."

Nat Turning is a slave revolt leader from in 1831, who killed at least 50 white slaveowners.

"I have the utmost respect for all brothers ... we need to link and respect each other... no more dissing each other on labels we don't own," he added.

In a follow-up Tweet, Kanye said that the music industry and the NBA are the "modern-day slave ship" and he is the new Moses, who will free people from such slavery.

"I'm the 2nd richest black man in America ... I need all my people with me for us to get free," Kanye wrote in a tweet he later on deleted.

Explaining why he deleted the tweet declaring her is the second richest black man in America, Kanye said: "I deleted that tweet about riches... the wealth is in our love of family and our brothers and our service to God ... let's rise up... let's communicate."